original title: Chongqing leader was an elephant trampled to death when things have the opportunity to escape the mahout: He Yongjie

in the afternoon of December 21st, He Yongjie, the Chongqing leader, attracted wide attention to the tragic death of Thailand elephants to save tourists. After the incident, a friend posted a message that a tourist did not listen to an elephant in the tail and caused an elephant to cause a tragedy. Later, the group of tourists gave voice to the media many times, and wrote the story of "go through" to elaborate on He Yongjie's saving process, and responded and clarified the query of netizens. 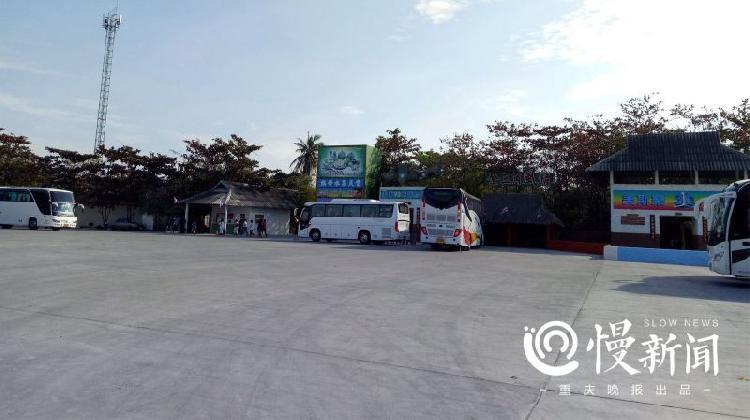 Pattaya minority village, in addition to the current like park, other tourists in normal.

elephants suddenly get angry and attack tourists? The elephant on the mahout doing what? Where is the problem of the security measures for the elephant garden? The absence of many details dragged the whole event into the whirlpool of suspense.

25 afternoon, the Chongqing evening news reporter arrived at the slow news - Pattaya park for the scene, witness the incident of the parties. It is reported that the zoo witnesses at least three people: Ukraine (Ud Yoon Lam) the mahout, Saddam guards (Sada) and a female mahout ah Chung (Som), which is the mahout elephant ukraine.

garden is called to increase the income of

by taking the charge of photography and so on

before, there were media reports that the incident was "the garden of Golden Triangle". 25, park boss prasert (Prasert) told the slow news - Chongqing evening news reporter, "Golden Triangle garden" is the name of the park tour, officially registered name is "Pattaya minority village", in addition to Elephant Park, crocodile, carriage, and folk themes related to visit the region. Slow news - Chongqing evening news reporter on the scene, there are still a lot of tourists traveling in and out of the bus bus, to visit the scene. Ba Shuo said that at present, the elephant garden has been shut down and other operations are normally carried out. 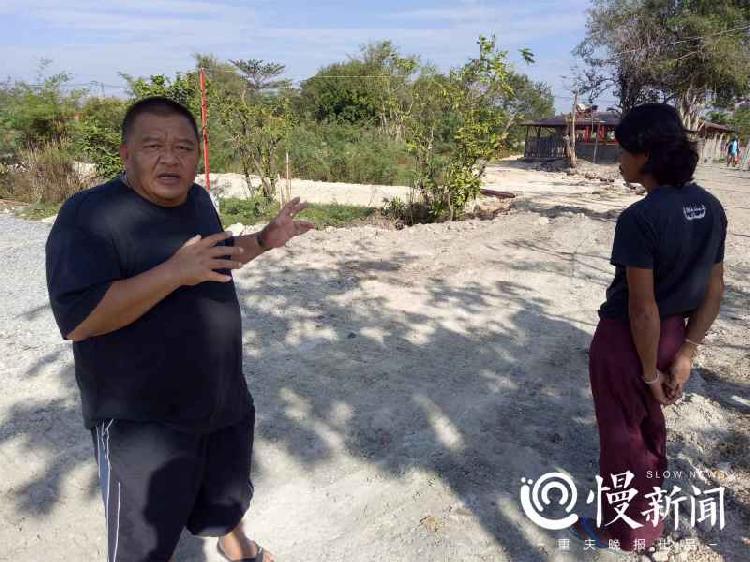 24 day, a police officer at huayyai police station in Thailand revealed to the media that the cause of the elephant's anger is still being investigated. It is still uncertain about the tourists' behavior. Police said the two tourists and mahout seated on an elephant, the elephant was surrounded by tourists taking pictures, to stimulate the elephant. The police said that can be identified is the trainer control elephant is improper, scenic area is also considered as the boss should bear responsibility.

prasert, Pattaya minority village was founded more than 10 years, the Elephant Park business for nearly two years, there are 12 elephant head, 12 mahout. The bus master said, I do not have ownership of the 12 elephants, elephants have ownership is generally the mahout park is the venue management, provide service and.

"riding an elephant in a circle is about 10 minutes, and the charge per person is 20 baht." We set up special photographic points next to the elephant road to provide a safe photographic service. The charge for photography is 100 baht each time. Tickets with photography and tip income allocated to each mahout body, a day's income is about 500 to 600 baht." Ba Shuo said that the ticket price of riding is very low (20 baht / person, about 4 yuan, 2 people at a time), and it can't be maintained only by ticket income, so the park wants to increase income by relying on additional services such as photography. "When I was outside the park, I was investigated by local police in Thailand. I was told that tourists were photographing around the elephants to stimulate the elephants, which is the main reason why elephants are angry," he said. Ba Shuo said.

, however, is quite different from the views of Chongqing tourists. 25, Hualong network reported that the incident team tourists back to Chongqing after the details of the incident, after the incident, Li Zhenghua and team members in the group of tourists discussion, several visitors said the elephant is insane, and at least 10 meters away no one.

slow news - Chongqing evening news reporter live experience, the elephant park environment is noisy, noisy people, vehicles. Ten thousand step back, even if there are tourists taking pictures at that time, how to prove that taking pictures is the direct cause of the crazy elephant, not the other factors. There is no official explanation and answer to this.

hit an elephant at 17 years old

slow news - Chongqing evening news reporter asked, as the focus of the event, the elephant was at the time of the health and state of the normal state?

prasert provides a Thai identification report, said after the Thailand Prefecture of Chonburi in Ramon County of the veterinary department an elephant "blood cell sample verification", issued by the "25 days of county government official veterinary department to verify the fact whether the elephant spring report" at Hongya police department, conclusion "now the County Veterinary Department has confirmed that the elephant (pepcon) and no signs of spring."