original title: zero base ruwen forty! These skills you can't do without

ruwen, a classic hero, has challenged countless players to limit her operation with its handsome modeling and unique game experience. A broken sword recasting, Knight's return "had so many game player blood boiling, a lesson, teacher of the car had so many avid game player. I call the recasting ruwen. I hope to help more players to master ruwen and exile your ruwen as soon as possible through the experience of over ten thousand fields. 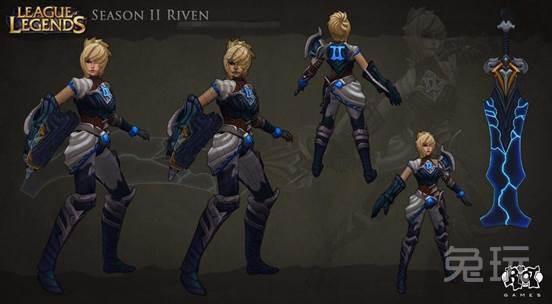 The following forty rivien techniques below

will be parsed from shallow to deep. Current version: version 7.24 of the S8 season. Skills for Q1Q2Q3, referred to as: Q H= F= R Hydra, flash, R1R2. All of the following dynamic maps are not quickly entered or processed.

express way: to ensure the AQ two segment injury in the scarlet letter overlap, riven through problems, Q can be divided into three sections to practice, A+Q+ mobile for a distance and then go to the circle, the practice process gradually shorten the distance does not move until mobile became light QA. 0 of the number of rivien one day guarantee half an hour practice, three days can be proficient. QA tries to start with A to make it easier to consume the previous passivity.

, if the feeling is not good, recommends a special volume to make it easier for you to master the sense of attack:

2. card double Q: the last time of the skill to press Q

parsing: it can greatly reduce the cooling of Q and keep the loading of the skill at any time.

therefore, it is recommended that the whole card Q after the game starts. Q skill level 13 seconds, the speed of light QA is generally about 10 seconds, the card Q is about 5 seconds, the online combat effectiveness is greatly improved, is less capital.

3. without injury: Q:QWA-EQA-QA; E:EQA-QWA-QA (the order of A is adjusted according to circumstances or preferences)

analysis: ruwen has 2 kinds of displacement skills Q and E, so no injuries are also divided into Q and E. The most safe without injury is to use a section to output, the rest of the two to escape; for example, the two paragraph to the output, then the opponent can not pull the distance is more dangerous. Here we recommend the line of soldiers outside, then use a section of consumption, in the two section of the tower is consumed.

usually takes advantage of the line of close combat while the opponent makes up Q, and the line remotely starts with E.

parsing: the better the soldier's line control is, the easier it is to win. Because riven by no injury to batter consumption, if the soldiers in perfect control tower, even after playing riven security back to the tower and skills into the CD, the other is unable to earn a lot of blood in riven tower. On the contrary, the line of soldiers in the vicinity of the other tower up consumption, the opponent may directly output and adhesion riven with no skills to fight back, such as line sprint Nobel, the Barbarian King, sword Kyi, etc..

note: a hero of a remote E, such as noo, needs to use the psychological game to skilfully seize the opportunity to escape the E skills of the hands of the hand:

analysis of Nobel hand psychological: he would have been waiting riven look at fiercely as a tiger does, go into your E in the range of error. Therefore, for a walk without mistakes is riven once riven deliberately mistakes, Nobel E must hand skills.

analysis of psychological riven: the establishment of the Nobel hand psychology, first ensure that riven don't give the chance to go back in the hands of E, even without injury, a line into my tower, Nobel hand will eat in riven when looking for the opportunity to E riven, and we have to do is to grasp the the psychological, to promise this opportunity in hand up soldiers, let them think he can pull riven, shot instantly riven just press EQ to retreat.

concluded: we never know what skills our competitors will give to us, and what Rui Wen needs to do is to create opportunities for opponents to get skills, so that we can get rid of them with displacement. 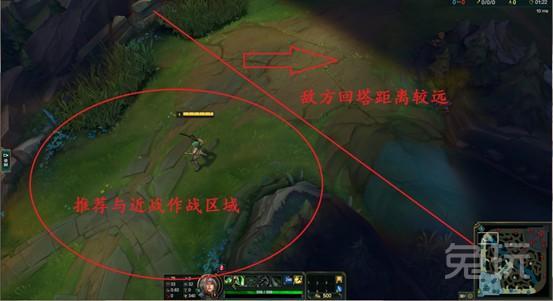 analysis: on line instead of melee, as much as possible the qiangbing wire from the scope of their tower, because once the line of soldiers into the tower, riven had to follow the rules to make up a knife attack tower, remote hero just watching you fill a knife will be consumed once, eventually under the tower up soldiers also riven will not be stable. Therefore, once the ruwen found the remote hero to push the line, ruwen also started A troops until it was kept in the middle line. The opponent comes up A and you stop you from eating soldiers, and use AE or EA to fill it up.

note: if rivien is standing in his own soldier pile by his opponent A, then our small army meeting

From: 零基础锐雯四十招！这些技巧你不能不会
Translate by: Baidu Translate .