original title: reexamine "tulip fever": in some economists' view, bubbles may never have been

editor's note: in many people's view, the tulip fanaticism in Holland in seventeenth Century was a typical speculative bubble. However, many modern scholars believe that tulip fever is not so serious, nor is it a major economic crisis. There is not enough price data to prove that tulip bubble really did happen. In the Wikipedia English Version (Tulip mania) of tulip mania, include a discussion of tulip mania scholars and writers. The article is compiled by 36 krypton. 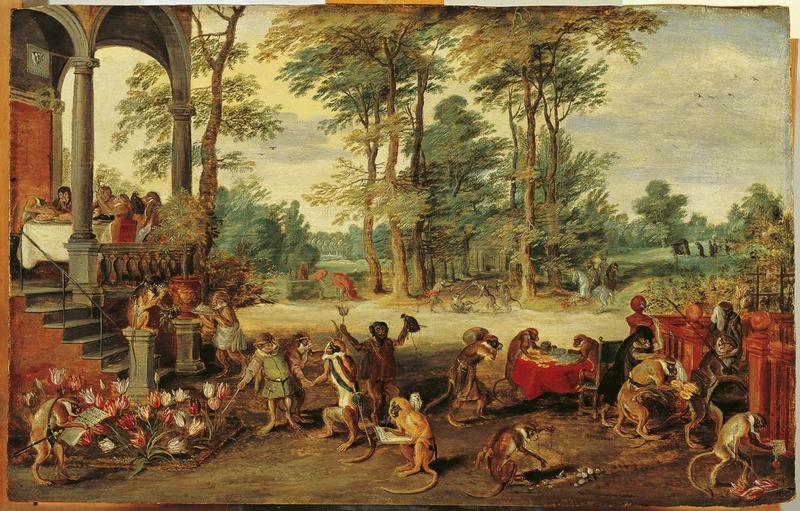 "tulip frenzy". The speculators are portrayed as a monkey with no mind in the upper class.

tulip mania (Dutch: Tulpenmanie) occurred in the Holland golden age, at the time, was introduced by Osman in Turkey unusually popular tulip bulbs welcome and lead to panic buying, crazy prices soared high, then collapsed dramatically in February 1637. After the bubble burst, the price of the bulbs was only one percent at the peak of the peak, making the metropolises in Holland into chaos. It is generally considered to be the first recorded speculative bubble (or economic bubble), and it is the three largest bubble event in modern Europe with the British Nanhai bubble event and the French Mississippi Company. But in many ways, tulip fever is a major economic crisis, rather than an unknown socioeconomic phenomenon so far. Historically, it has not had a major impact on the world's leading economic and financial power in the seventeenth Century, the Republic of Holland. The term "tulip fever" is now often used as a metaphor for all the big economic bubbles when the price of assets deviates from the intrinsic value. In recent years, for example, with the price of bitcoin soaring, someone has compared the bitcoin craze to tulip fanaticism.

in Europe, the formal futures market appeared in Holland in seventeenth Century, most notably the tulip market. In February 1637, at the peak of tulip frenzy, some tulip bulbs sold more than 10 times more than skilled craftsmen's annual income. But because of the limited economic data in 1530s and a large part of it from biased and speculative resources, it is difficult to carry out the research. Some modern economists have put forward a rational explanation, rather than simply using speculative fanaticism to explain the rise and fall of the price of tulip bulbs. For example, other flowers, such as hyacinth, have high initial prices when they are introduced, but they soon fall. Another reason for the high price of tulips is that people expect that the government will issue a decree that contracts can be concluded at a very small cost, thereby reducing the risk of buyers.

1841, Charles Mackay, a British journalist, wrote the unusual fantasy of the masses and the mass maniac, which made the event happened in 1637 known by people. McKay claims that many investors bankrupted because prices plunged tulip bulbs, Holland business suffered a serious blow. Although McKay's book is a classic, his argument is controversial. Many modern scholars believe that this craze is not unusual as Mackay described, and there is not enough price data to prove that tulip bubble really did happen.

usually, people think that Ogier de Busbeck (Ogier de Busbecq) the tulip spread to Europe, he is holy Rome emperor Ferdinand Thi (Ferdinand I) ambassador, in 1554, he put the first batch of tulip bulbs and seeds from the Osman Empire to Vienna. The tulip bulbs quickly spread from Vienna to Augsburg, Antwerp and Amsterdam. Tulip began to be popular around 1593. At that time, the Flemish botanist Carolis Crusius (Carolus Clusius) at the Leiden University as a post, and the establishment of the Hortus institute. He planted tulip bulbs collected and found that they could survive in the harsh environment of the low countries (Holland, Belgium and Luxemburg), and soon after that, tulips began to become more and more popular.

tulip is different from other flowers known in Europe at that time. Its petals were saturated and the color of the petals was not in other plants. The emergence of tulips is in line with the rise of the new independent Holland's trade. As the country has begun its golden age, Amsterdam businessmen are the center of the lucrative East Indies trade, where a voyage can bring 400% profits.

therefore, tulip soon became a status symbol and quickly became the luxury of people's dreams. It is divided into several types: red, yellow or white color tone of tulip is called "Kulelun" (Couleren), colorful Rosen (Rosen) (red or pink with white stripes on), violet (purple or white stripes Lavender), the most rare is Bizaden (Bizarden) in red, brown or purple, yellow or white stripes. The intricate lines and flaming stripes on the petals are vivid and spectacular, making the bulbs that look more exotic.

From: 重新审视“郁金香狂热”：在一些经济学家看来，泡沫可能从未有过
Translate by: Baidu Translate .