original title: people cry QQ 3D version of the yellow face is how to do it?

QQ for the yellow face, we certainly will not be unfamiliar, I believe that this article buddy had used, and even used it every day.

, which joined the QQ expression in 2003, has become one of the largest and most demon information in Chinese netizens' memory.

The most classic expression of 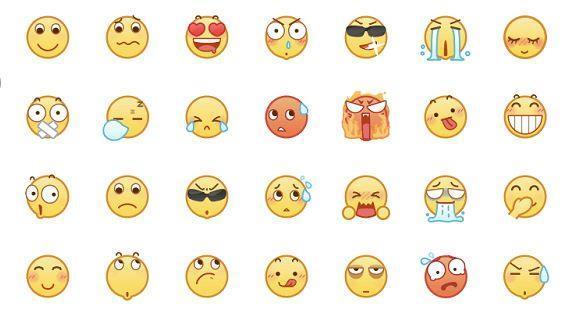 recently, the everybody loves QQ yellow ushered in a new upgrade, it becomes 3D!

believes this group of expressions are very popular, so how do they come from, which is the most popular one? Let's follow the Tencent official to understand:

A: in the new version of mobile phone QQ, click on the upper left corner head to open the menu, select "personal style" - "face", and then search: QQ yellow, you can see the 3D version of the yellow face, "classic mood" and "hot talk daily" two free expression package.

is at the top of the current use of a few expressions:

Q: why do you want to do this 3D upgrade?

A: our designers have found that larger spheres, more direct and rich appearance, are more impacting for exaggerated expression of inner feelings, and the form of 3D is also a trend of recent expression.

What are the interesting story research design process of

A: with the familiar "tears of tears" expression as an example. First of all need to be small and a large yellow QQ round pull than a reduction, confirm the proportion of facial features accurately, began to enter the 3D.

and how to grasp the texture of every detail of the expression is a difficult problem. The first draft of "smile tears", the two eyes actually flow with "toxic" water silver material of tears!

designers still find awkward eyebrows and eyes fans of the texture in the anger the 11 draft, twelve draft to the final finishing was finally finalized, there are now "the tears of laughter".

A: we are in the process of grinding is a painting, summarizes some experience at present 3D design of the Yellow face.

sag is used mostly in the state of static or action subtleties;

The hyperbole action of the

hollowing is often used to open the mouth;

, for instance, 3D yellow eyes can be summarized into 3 main forms:

The selection of these forms of

depends mainly on the number of animations, which directly affects the cost of design and production.

generally, when making 3D expression design, it will use a way of "facial wiring". Such parts as mouths and eyes have large activity range and many styles. They need not only more lines to make facial expressions, but also "pull together and move the whole body". Every slight change will lead to a series of adjustments.

and the mouth, eye, and other parts of the independent, only according to the need to do their animation will be relatively simple. After all, the same expression of exaggerated expression, a three-dimensional line of animation (mouth) is much simpler than the whole face animation.

therefore, suspension, stereoscopic and other embodiment can not only save the cost of line laying to the greatest extent, but also express more subtle connotation of expression.

A: development today, yellow has become a unique network communication language, even evolved into a unique culture. QQ yellow future may also occur in addition to chat outside the scene, such as what stickers, brooches, refrigerator, notebook, APP face stickers... ..