original title: selling a lose 4 yuan ticket booking service "at a loss" why do business? 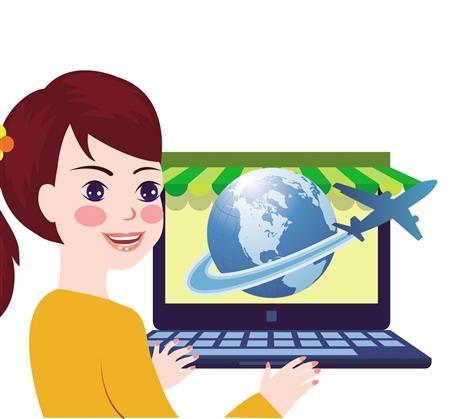 lose business who are not willing to do, but in the ticket booking industry, many "middlemen" while mustering strength ticket while lianhan "at a loss".

, with the rapid rise of business travel market, air tickets become the largest traffic entry. Many online travel agencies sell a ticket, and the cost and profits hang upside down.

"a ticket service is less than 10 yuan, and our sales cost is at least 14 yuan." A proxy platform, which does not want to be named, is introduced on 26 th. With the traditional "ticket generation" accelerating the delisting, the new platform such as OTA (online travel agency) is facing the bottleneck of imbalances.

tickets are stuck in a dilemma

whether it's on a business trip or a trip, booking a ticket on the online platform is almost a habit of business travelers. Especially after the gradual withdrawal of the traditional ticket generation, these new channels have become the main force of the airline tickets.

"big three" ticket generation ratio of close to 50%." On the afternoon of 26, Mr. Chen, a senior agent in Chongqing, told reporters that, in other words, nearly half of the airline's ticket should be distributed by the agent.

, however, the business that occupies the "half of the river" is actually a loss of business. According to the reporter's interview, the "Commission" of the distribution of tickets has become very limited because the airlines carry out the strategy of "bring down the generation" and tighten the box office. The industry generally reflected, "the more losses the more the more".

"sell a loss." 26, a OTA platform marketing official revealed that at present, the quota agency cost of shipping subsidies is less than 10 yuan, and the selling cost is 14~16 yuan on average. These costs include human costs, telephone costs, framework building and updating costs of Web sites or mobile terminal technologies. This means that each dealer selling a ticket to lose at least 4 yuan, the profit is difficult to cover the cost of the ticket agent."

, at the same time, some OTA added a special call center to sell a ticket through "manual service", with a direct cost of even 17 yuan.

huge volume of traffic and loss between the sale of how to take up, OTA and other emerging tickets for the platform into a dilemma. In fact, after the transformation of traditional agents, the intermediary ticket generation service has gradually become a link in the comprehensive industrial chain, and the airline ticket has correspondingly contributed a lot of traffic to OTA.

ticket agency hard to shout losses, traditional stores are closed directly. The reporter found that a few years ago our airlines announced the "put straight down generation after the streets and lanes ticket outlets will gradually disappear.

and online distribution. "The cost of selling a ticket for a traditional store is more than 20 yuan," said Mr. Chen, a senior ticket agent. Since the airlines tightened the "box office" and the domestic service policy, the traditional channels were under pressure to shut down their stores.

according to the rough statistics, in the "golden" years of the traditional agent, there are thousands of large and small ticket selling points in Chongqing only. "The close, the turn." Chongqing, a veteran agent 26, said in an interview a few years ago, he completely withdraw from the market, but once a part of peers choose to stay, they put into comprehensive travel agency stores, selling tickets from a leading livelihood products into one single product.

before the airlines tightened the "box office", the traditional agent industry sales of airline tickets in fact a considerable profit, the market agent points so "all flowers bloom". According to the industry, the Commission in the past gave the agency commission a maximum of 30% Commission. "At that time, the market terminal could also increase the price of the ticket." People familiar with the matter say there are about 40% of the profits that have been sold by one ticket. In the golden age of the traditional agency industry, only tickets were sold enough to support a market segment.

a "ticket" is not only a tool for business travel, but also a place for many businesses to compete. Nowadays, the disappearing traditional ticket generation and the emerging online distribution platform aim at the big markets of business travel and holiday travel. The "value added" space of the ticket generation will be further upgraded by the competition between the airlines and agencies.

airlines use the price advantage of "direct selling" channels to attract customers and gradually cultivate the customer source market. But the traditional ticket after the transformation of generation mechanism, but also strive to value-added services resorted to the killer, from our airlines tightening "box office" in the crevice fengeng.

"the airline will generally leave the best price on the official network, not open to the outside world." Mr. Chen has no doubt that regular and irregular members' preferential activities have been used as main means in recent two years. The frequent promotion of OTA platforms in the past has also appeared in the former sales strategy.

, the traditional agents who do not want to "exit the market", mostly aim at collectivization