original title: 12306 small programs are formally online today, there are three features but do not include a ticket purchase

Internet technology, mobile payment technology and artificial intelligence technology are gradually changing all aspects of our life. In the field of travel, the Tencent, Ali, Baidu and other Internet giants have many times for our benefit. In 12306 by WeChat, Alipay to pay to buy train tickets, now 12306 small programs and on the line, the future App may not download.

12 26 in the afternoon, 36 krypton learned that the 12306 small program was officially launched. At present, 12306 small programs provide three functions such as the remaining ticket query, the timetable query and the late query. At the same time, the small program also supports the add itinerary function, which can be said to bring great convenience to the users. However, 12306 small programs do not support the purchase of tickets at present. In addition, the two major functions of the China Railway mall and the grand screen of the station are still in the preparation.

specifically, taking the trip from Beijing to Shanghai in December 26th as an example, we can see the rest of the business seats, first class seats and two seats on that day. At present, we can find out the remaining tickets in February 23rd next year at the earliest. Take the G153 car number as an example, and you can see the time table and the normal night. 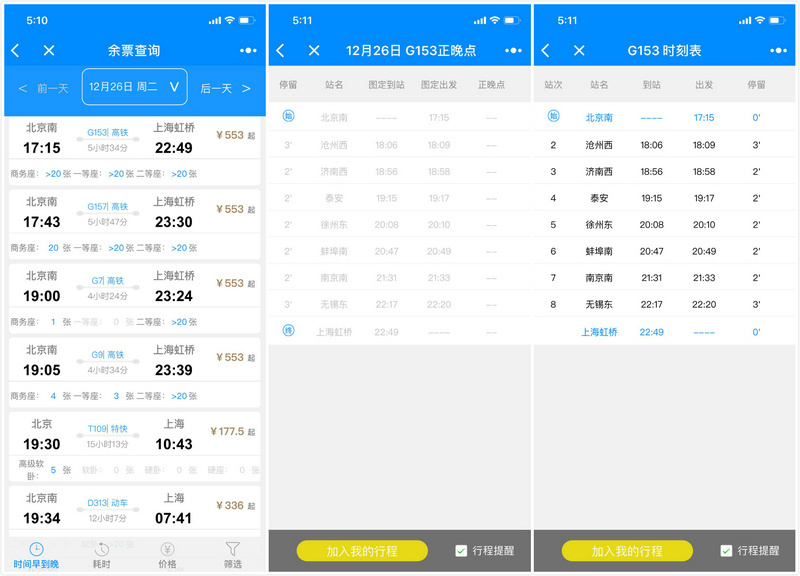 but after 36 krypton experience found that although the 12306 small programs are very convenient and easy to use, but the function does not seem to be very stable. Multiple queries appear as follows: no qualified train information is found. Do you know if this problem will be improved in subsequent iterations?

applet was pushed out early this year, after a period of silence. But because the small program has a lot of convenience, it has experienced an explosive growth in the last few months. For example, for users, they can be used without downloading, searching and sweeping; for developers, the development threshold is low, and so on. But small programs also have their own shortcomings, which are more suitable for life shop, offline shops and low frequency applications such as non rigid demand, so they can't completely replace native App.

is worth thinking is that 12306 had been paralyzed by a large number of travel orders (especially during the Spring Festival). If the online ticket purchase function is on line, can 12306 small programs be able to carry large scale booking requirements?

in addition to the small program services, this year 12306 can also be paid and paid by WeChat to complete the purchase of tickets, ordering meals and other functions. In addition, car code, WeChat payment, Alipay also landed in the bus, subway and other travel scene. Before, Ma Huateng had been the bus, the subway station platform, and Ma Yun had personally experienced the brush face to the station. 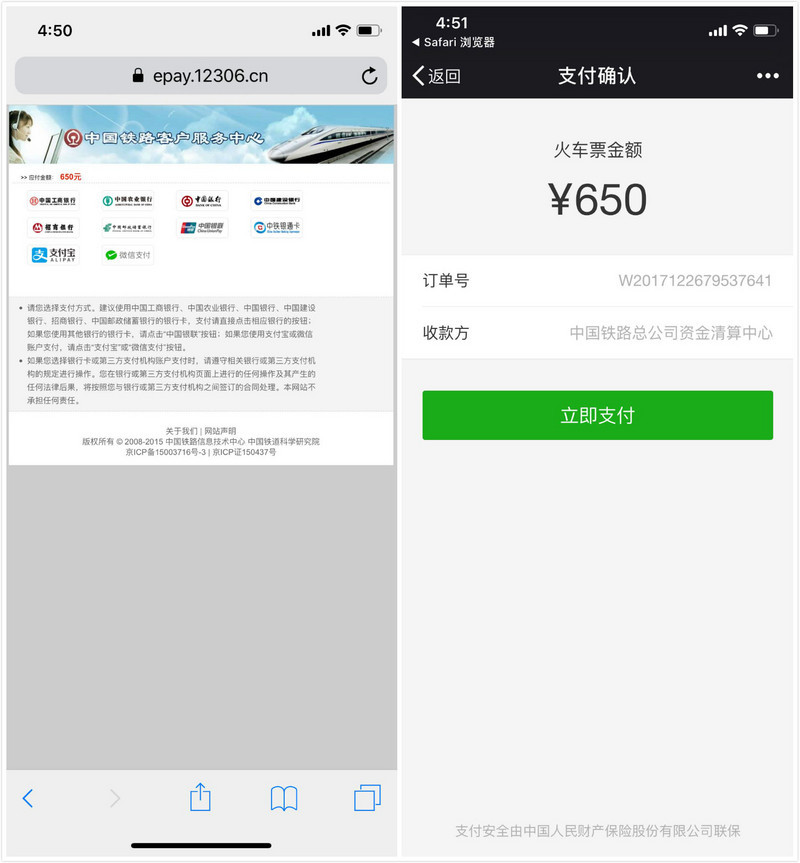 can foresee that our way of travel will be smarter and more perfect in the future. return to the Sohu, see more

From: 12306小程序今天正式上线，有三大功能但不包括购票
Translate by: Baidu Translate .