recently on the v-mobile and ofo merger rumors are more and more, the market has already entered the "bike sharing two male hegemony" era, it seems, net about car market had the final merger drama is difficult to avoid. This is not a good news for the market and the consumers.

still remember that when faced with a series of mergers in the Internet market, consumers worried that monopoly would bring the market back to the old era of "taxi hard" and "taxi shopping". Though theoretically, monopolized enterprises can improve efficiency and service by controlling costs, but this way of relying on corporate moral consciousness is often not effective by competition. 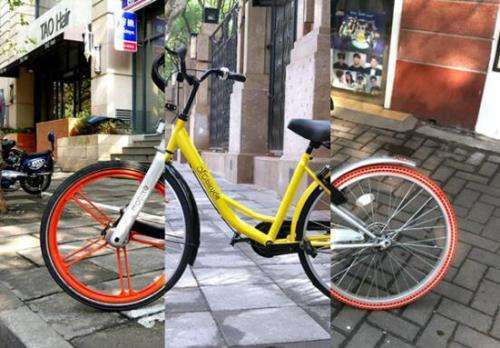 later proved that a single big drop didn't bring the improvement of service quality and user experience. Once the surging taxi market has been in a long-term downturn. There are many factors behind the regulation, but there is a great relationship between the lack of competition and the lack of monopoly. When enterprises have the right of speech and pricing, they are more likely to choose the way of self interest to make money, and more likely to be numb with consumers' demands, which is the capital nature that does not change for good will.

now, for the shared bicycle enterprise merger rumors rampant, v-mobile and ofo both public relations response, are mainly negative. Mobell bicycle co founder and CEO Wang Xiaofeng said, "do not think there is any possibility of a merger". Although Ofo had also denied the merger, but the recent response is relatively ambiguous, its founder and CEO Dai Wei of the latest public statement, first said "I believe that competition is the motive power of enterprise development, and I believe in sharing cooperation is greater than the cycling competition", and then to the capital of propaganda: "I think the capital has to understand the entrepreneurial ideal and determination, it is a benign interaction, entrepreneurs with investors of common development, such a process of problem solving, social service".

at this relatively sensitive time, Davy publicly stated the relationship between capital and entrepreneurs, which is likely to be related to the pressure on capital. In fact, Zhu Xiaohu, a ofo investor, has repeatedly made it clear that "it is possible for both sides to merge only to make a profit." But industry analysts also pointed out that, in the market has been relatively saturated state, and then burn to fight a war of attrition, bad for investors, promote the merger is a best choice for realization of the interests of the harvest.

therefore, it is clear that no matter whether the founding teams sharing the single car are willing to merge, the demand for the capital to merge profits is clear. Prior to the merger of the network, the same is the capital led game. Seek capital nature, the no ground for blame. For these emerging industries, it is difficult to develop a mature market without a large amount of capital investment in the early stage. This is the positive side of capital, but at the same time, we must also see that capital is a double-edged sword. Eager to get the capital of return, it may also harvest a newly rising industry.

As a market behavior,

merger is not an absolute prohibition, but it is objectively combined with a benign and malignant division. To investigate when Mobell and ofo combined, can not forget the original network about the car industry experience, can not ignore the consumer experience, can not become the capital of the harvest game. Now share a bike arena running tide, the Internet also spread Ali and Tencent also singled out the rumors. One of Ma Huateng's early speech was also turned out, he said at the beginning and MA in drops, fast on the station side, burn shopping, the two sides finally shook hands. This scene, in the opinion of many people, is likely to be replayed in the sharing of the single car market.

, however, has to remind us that the past handshake and let the two sides avoid "one day loss 40 million" situation, but did the Internet market become better? Or will the market be better if the two sides do not burn the money and start more sophisticated service competition? There are too many capital games, and the interests of consumers are considered too little. It is not a good phenomenon for a far unmature market. 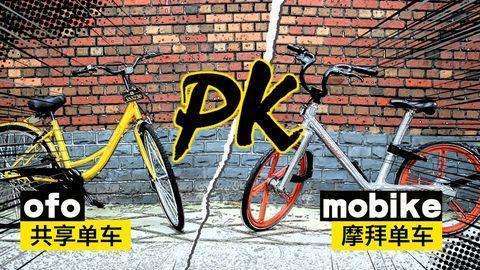 as Mobell Wang Xiaofeng said, "Pepsi and Coca-Cola spent hundreds of years to product differentiation". But now the v-mobile and ofo in product differentiation, refinement in the customer service level, there are too much homework to do. After the competition, in fact is still simple and crude in the fight on stage, the enterprise and the market has yet to mature, healthy competition can make both sides gradually abandon the impetuous attitude, improve their products and corporate positioning, this is the long-term good for consumers.

, on the contrary, if there is a hasty merger now, in addition to the advantage of capital, it is likely to be negative for the whole market.