Modern Express News is an illegal and criminal act, and it is bound to be severely punished by the law. Many drunk drivers are trying to escape police inspection. But what's the matter with people who report their own drunk driving? 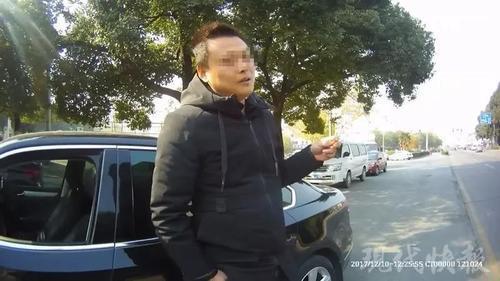 Modern Express reporter learned that, in December 10th 12 pm, Suzhou Kunshan a man alone at noon after drinking, because of family emotional conflicts lead to emotional control, then sat in his car in the 110 call the police, the police said he drunk driving requirements quickly to catch him, the best he was sent to prison, he want to go quiet. After receiving the alarm, the police felt that the man's behavior was abnormal. He immediately contacted him and advised him not to drive. He confirmed the location of the driver and the license plate number of the vehicle. 5 minutes later, the police drove the police car to the intersection and found a black car parked on the side of the road.

see only a driver sitting in the seat of the driver's driver's seat, and the police asked. The man surnamed Lu, he said he drank a lot of wine on the front of the car, but not yet ready to start the vehicle, the police came, when the police face drunk driving vehicles, so that the police arrested him, so he can go inside the cell to be quiet. While Lu said, a wine and gas came to the face.

police analysis, Lumou must have met what troubles, this just take things too hard, and immediately asked him to let him through the chat heart grievances say. Originally, more than a year, because of debt problems, Lumou often quarrel with his wife, in the face of economic and spiritual pressure, he often drink alcohol.

Lumou in June this year, a heavy drinker, driving a motor vehicle on the road, his wife advised him not illegal, but he saw Lumou turn a deaf ear to persuade invalid wife, choose the alarm. Finally, Lumou because of drinking and driving is Kunshan city traffic police squadron seized by the Kunshan Municipal Public Security Bureau fined 1000 yuan, temporarily driving license for six months. A driver's license was suspended after Lumou did not learn a lesson, on the contrary, he continues to ignore the law, during temporarily still driving the vehicle driving license.

through the Yangtze River squadron police to take relevant road monitoring, found that Lu Mou that day, although drinking a lot of alcohol, but he did not drive after drinking, and did not constitute a drunk driving. But Lu had a driver's license was suspended during the driving behavior has violated the law. At present, illegal driving during Lumou because of driving license withheld by the Kunshan Municipal Public Security Bureau fined 1000 yuan, and impose administrative detention for 7 days punishment.

From: 男子当着警察面准备酒驾：感情受挫想去牢房静静
Translate by: Baidu Translate .