[Technews] science news following the James Space Telescope finalized in 2019 after the launch, the U.S. Space Agency (NASA) has begun to design a flagship astrophysics mission, is the wide field Infrared Survey Telescope (WFIRST), it is the same with the Harbert space telescope is sensitive, but the shooting area 100 times, is expected to the 2020 launch and capture the universe panorama, to explore the expansion of the universe seems to be accelerating, whether driven by dark energy.

Hubble eXtreme Deep Field (XDF) is an image, which is the deepest part of the universe seen in the visible light and shadow at present. It contains 13 billion 200 million years ago galaxy. If the photo taken by the Harbert space telescope is a good poster on the wall, the image taken by the wide field of view infrared measuring telescope will cover the entire wall. 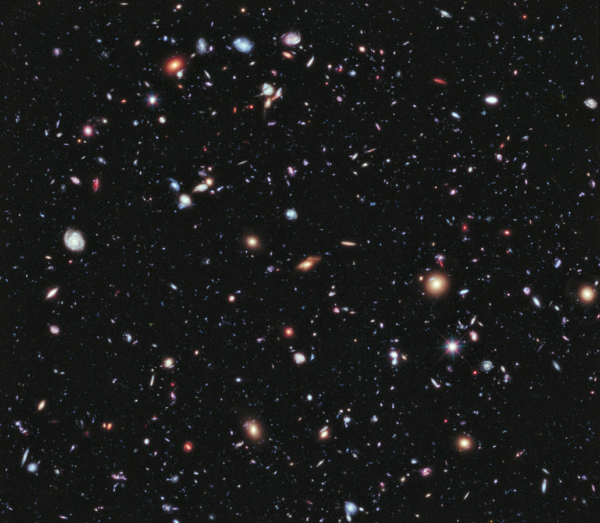 , in order to learn more about dark energy, WFIRST will use 2 powerful 2.4 meter reflector and wide field instrument to do 2 things: mapping matter's structure and distribution in the whole universe, and measuring how the universe expands over time. The mission will focus on studying galaxies within 500 million years after the big bang, to understand how the universe evolved stars, planets and life from a hot, uniform gas.

wide field instrument will also measure the material in hundreds of millions of distant galaxies, using the effects called gravitational lensing to describe the whole physical structure of the universe. Measurements will be in hundreds of days monitoring 100 million stars, NASA is expected, will find about 2500 unknown planets, which contains a large number of rocky planets; in addition, can also be found on Mars than smaller planets, and found that some planets orbit distance than Venus to Pluto closer to.

through a series of new technologies, WFIRST will provide a panoramic view of the universe, to help scientists understand the most difficult problems in astrophysics, such as how the universe evolved into today's appearance, the final destiny of the universe, and whether we are alone in the universe biological etc..