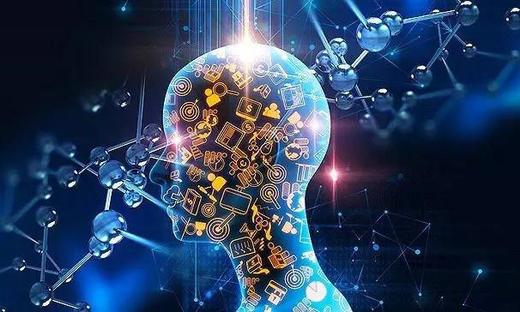 editor's note: the author of this article, Brian Bergstein, is the special editor of MIT review and the editor of the Neo.Life website.

don't worry about the future of super artificial intelligence that will take all the jobs. Everyone has this idea, but it is just a problem that is brought about by the increasing development of the computer.

first, at the moment, the speed of computer development is getting faster and faster. Not only can it be used for vehicle driving, but also to understand daily conversations, and to accomplish some other tasks. It will not take long, there will be more work to automate. Moreover, the speed of automation will be very fast, even more than the scope that society can bear and respond.

second, the development and perfection of computer skills will continue to accumulate, and in the end, the intelligence of the machine will be far more than human. This "super intelligence" will, to a great extent, weaken the role of labor and even replace artificial labor. So, no matter the threat that the machine brings to mankind out of chance or intentional, we'd better pray for the future not to be replaced by these machines.

but in fact, these two views are not correct. Even if the scene in the first view has appeared in real life, it does not necessarily lead to the emergence of second scenarios. In fact, the second point of view is guesswork.

, therefore, in order to clarify the current development of AI, we must be clear about what has been achieved so far and what problems remain to be solved.

over the past few years, many remarkable developments have been made in the field of computing. For example, cars can fully realize automatic driving; for example, machines can accurately identify images and utterances; for example, computers can win the smartest human race in such complex games as go. All these developments, in fact, benefit from the achievements and breakthroughs of one of the important branches of artificial intelligence, that is, adaptive machine learning.

Hector Levesque, a computer scientist from the University of Toronto, wrote a book called common sense. In his book, he pointed out that the idea behind adaptive machine learning is to make a computer system train with lots of data, so as to learn some intelligent behaviors.

is able to detect objects, translate different languages for machines, and even compile code after obtaining some behavioral samples, rather than manually writing code in advance. About ten years ago, these scenarios were possible. Because before this, the digital data used for training is in a very lack of state. Step back and say, even if there are enough digital data, computer operation and horsepower analysis of these data did not meet certain conditions. After the computer detects the specific patterns in the digital data, the algorithm in the software program draws inferences from these patterns and determines the following actions. For example, the multiple sensors built in the car and the analysis of the output data information are such a process. Similarly, in games such as weiqi, every step of the machine is followed by such a process.

machine is able to handle massive data because people cannot handle, so in most cases, driverless car driving safer than reality. In the same way, it is the ability to deal with large amounts of data that machines can defeat the human Weiqi champion. More importantly, computers are also better in things that are difficult for humans to do. For example, the interrelated effects of the genome; for example, other biological variables that are closely related to the cure of cancer. And these are only a small part of the true artificial intelligence.

, one of the most authoritative researchers in the field of computing and statistics, is the Yann LeCun, the head of the artificial intelligence department of Facebook. In this part of the artificial intelligence, he is regarded as a "God - like figure" in the industry. In November this year, Yann LeCun was invited to attend the conference on artificial intelligence and future work (AI & Future of Work) at the Massachusetts Institute of Technology. At the meeting, he pointed out, at this stage, the machine has not yet grasped the essence of intelligence. The essence of intelligence includes the ability to fully understand the real world and to make inferences and predictions based on it. That is to say, it is to see one thing in real life, and then use the relevant background knowledge to correctly deduce other things. In other words, it's the machine now.

From: AI相悖论：当人们声讨人工智能时，真正恐惧的是什么？
Translate by: Baidu Translate .