original title: big layoffs! Today, the company has been "lost" by the whole department?

winter comes, the year is approaching. But many enterprises can not feel the joy of the new year, only the cold winter. recently, some netizens broke up on a workplace social platform. Tuniu.com began mass layoffs. Tuniu.com headquarters in Nanjing suddenly dismissed about 400 people around 9:30 in December 21st. 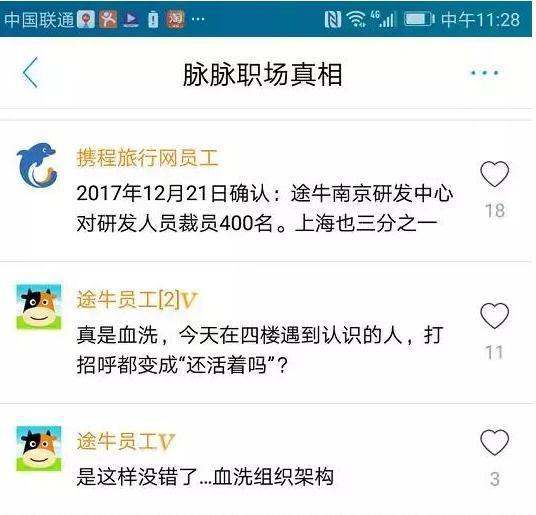 in this regard, the way cattle denied the layoffs 400 people ", and said" the cuts not more than 200 people, accounting for the company's personnel proportion of not more than 3%, mainly tuniu Nanjing R & D Center R & D personnel, "this is just a phase adjustment strategy, compensation policy is N+1 and strictly abide by the relevant laws and regulations, to ensure that the interests of employees. All the formalities have been successfully completed at present. "

this is not the first wave of layoffs storm tuniu, a month ago, tuniu just experienced a high-level turbulence, co-founder, President and chief operating officer and chief financial officer Yan Haifeng Yang Jiahong to leave, and now broke massive layoffs, it had to let people on the way cattle business worry situation.

it is reported that the 2014 cattle landing on the United States stock NASDAQ performance loss has been accompanied. According to public information, the loss in 2014 was 448 million yuan, and the losses in 2015 and 2016 reached an alarming level of 1 billion 462 million yuan and 2 billion 443 million yuan respectively.

in addition to the way cattle, many well-known enterprises in the recent technology circle have also been laid off at the end of the year. There are some net friends, and the ofo small yellow car, which is the leader of the bicycle industry, has also been laid off on a large scale, and there is no official response at present. 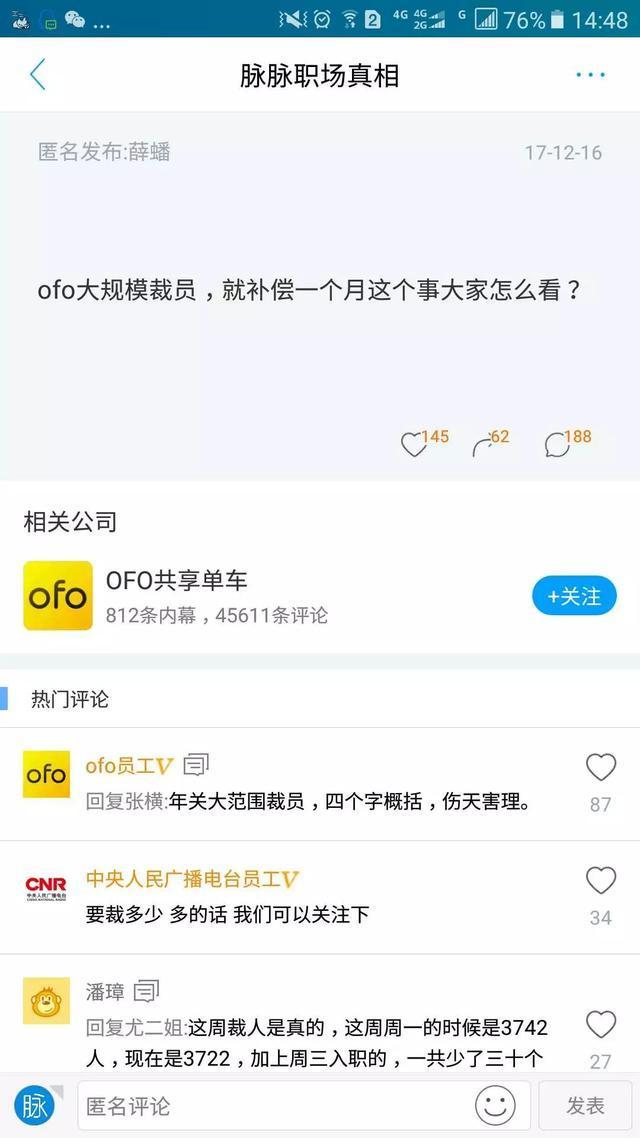 in addition, 3 years ago, Wanda, Baidu and Tencent jointly set up "Teng million" business platform. Recently, it also ushered in a big cleaning: some netizens broke the news that the number of layoffs is 70%. 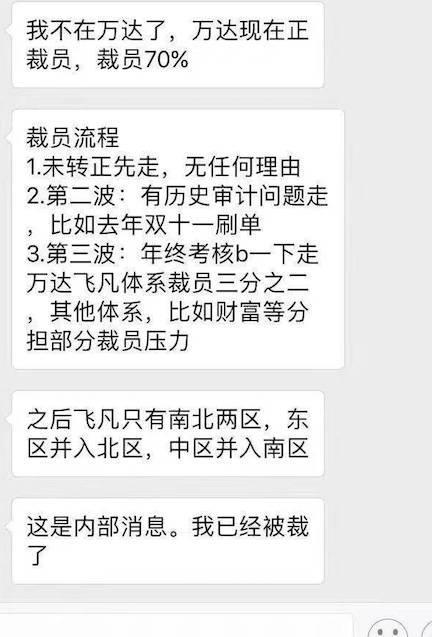 for this, the relevant person in charge of Wanda networking group responded, "the company decided to optimize the personnel structure around the core content and focus on the digital business, and stressed that the adjustment is not a layoff, I hope you don't misunderstand it. There is no verifying that 70% of the data, technology companies, employees have been maintaining a high liquidity. "

industry believes that downsizing is a difficult decision for the enterprise, not to cannot but many companies will not consider this means that not only hurt the hearts of the staff is also not conducive to the expansion of the size of the company. However, for the critical and long-term profit and loss companies, the layoffs do have a large amount of money left for the enterprise. return to the Sohu, see more

From: 大裁员！今天，这家公司被爆整个部门“端掉”了？
Translate by: Baidu Translate .