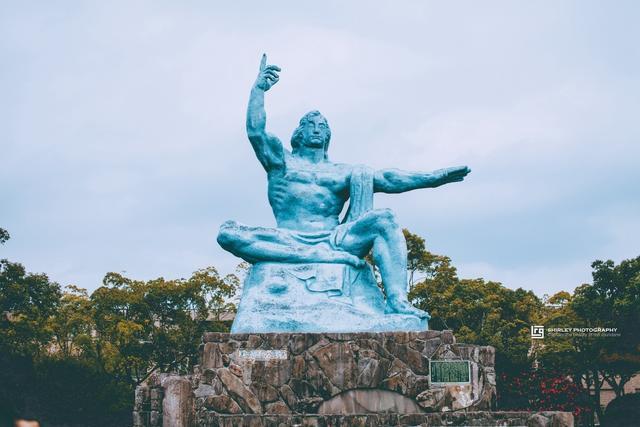 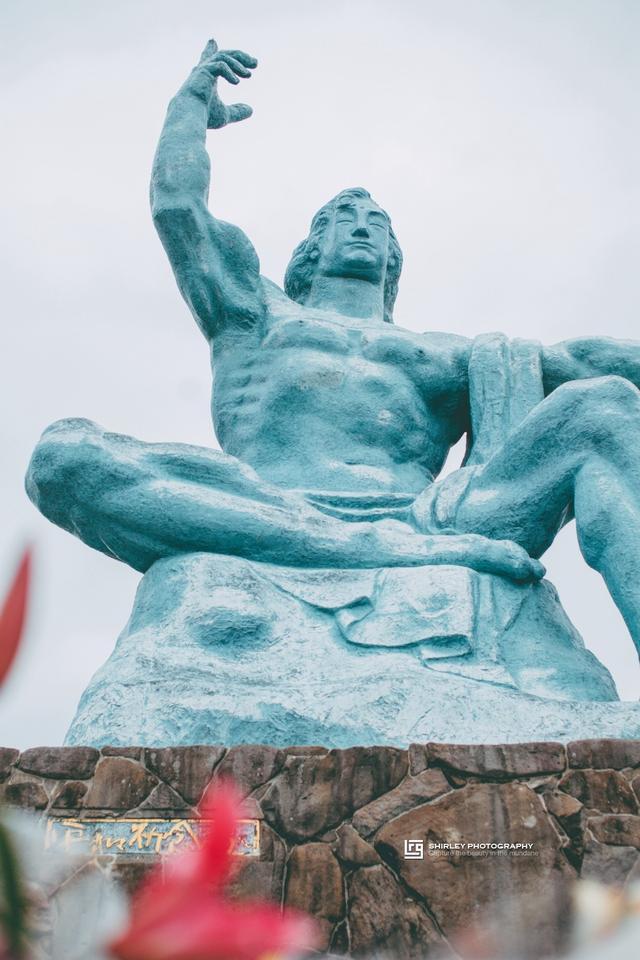 A symbolic "prayer for peace" in the peace park in

Nagasaki, a male peace God. It is a theme statue in the park, which is 9, 7 meters high and weighs 30 tons. On the right hand, the index finger faces the sky, indicating that the atomic bomb falls down. With the right hand, palm down, I wish the world. World peace。 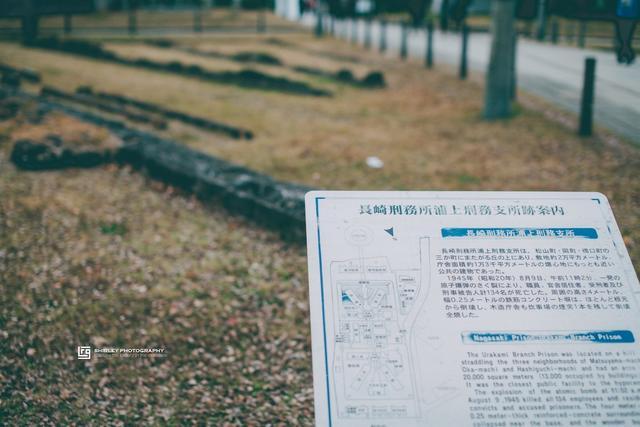 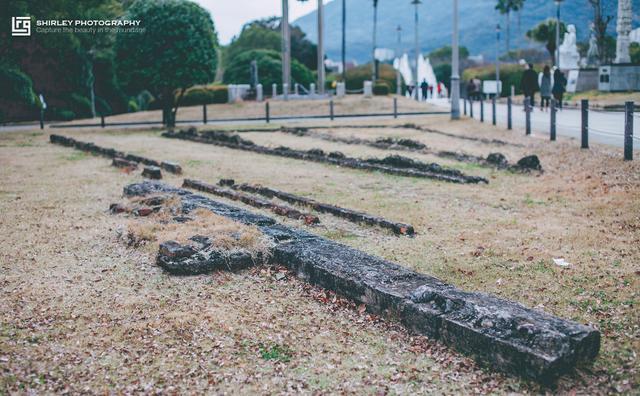 Nagasaki city was razed to the ground in the explosion, leaving only the collapse of the wall broken root qi. 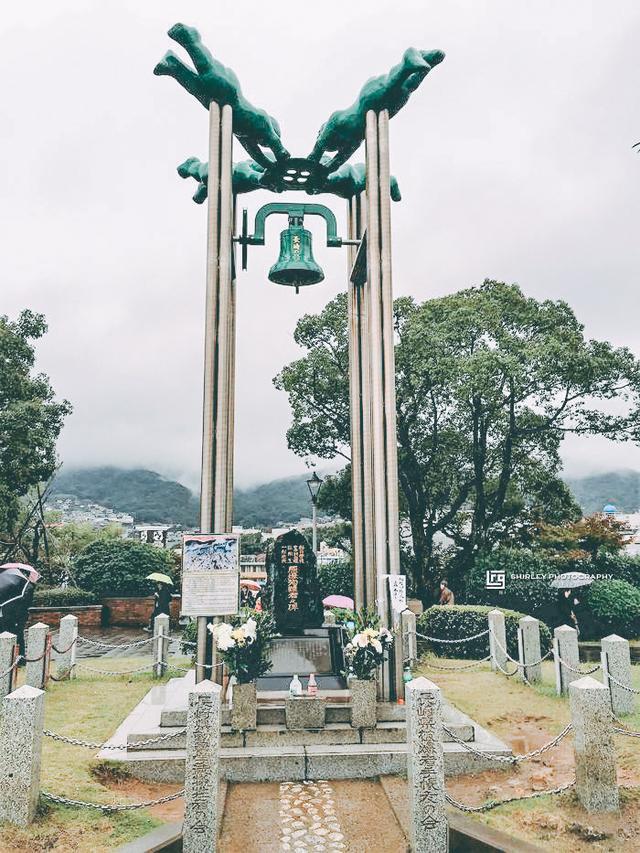 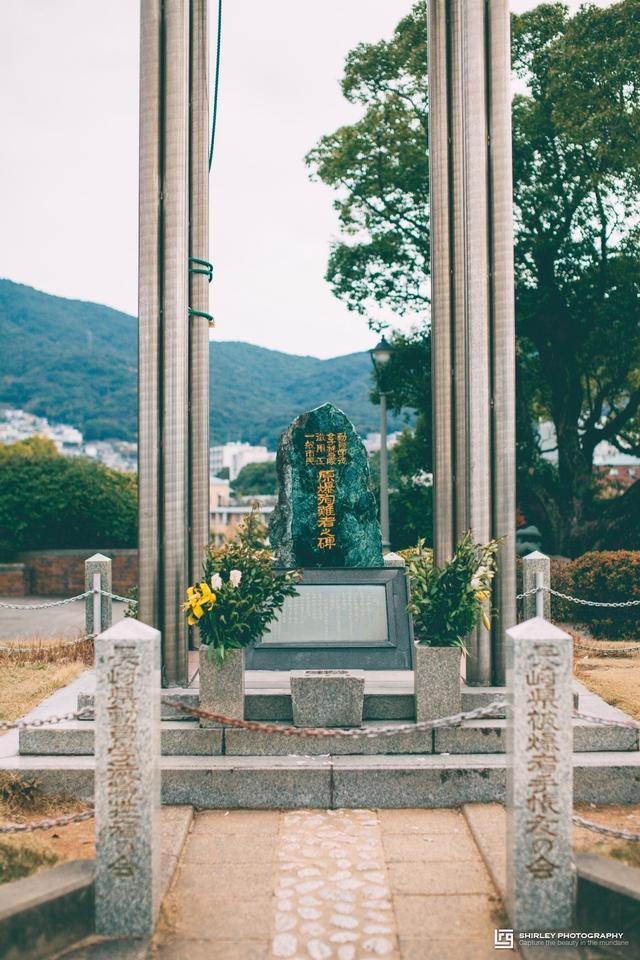 below the Peace Bell, is the original explosion of martyrs martyrs monument, also including our compatriots China. During the war, about 40 thousand Chinese people were exile to Japan to make up for the shortage of labor, of which about a thousand people were labourers in the coal mines in Nagasaki county. At that time, 33 Chinese were imprisoned on Pope's prison, with the exception of one who died in the trial and the rest died of atomic bombing. 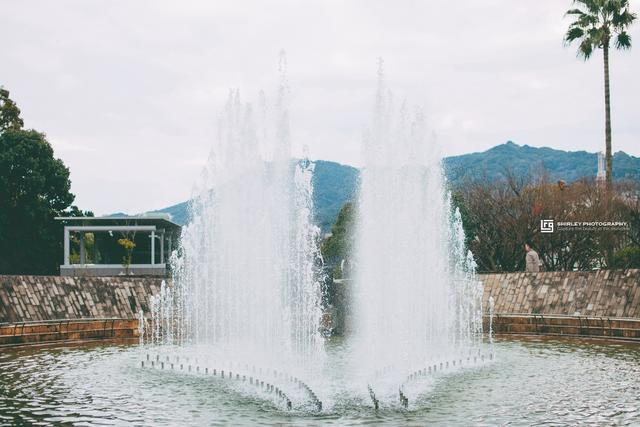 park on the side of the flat and the fountain of meaning for the victims in the disaster to those miserable soul with a glass of water, they pray Ming fu. And also to pray for the world's perpetual peace. The fountain of constant change, the dove of peace fly shape, and the shape of the crane, known as a symbol of the port of Nagasaki port crane. 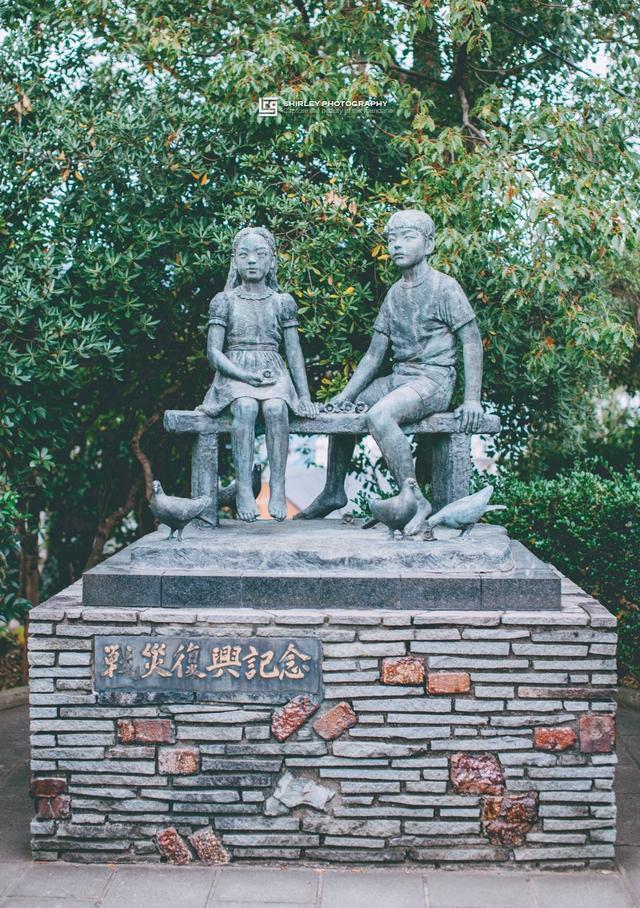 There are all kinds of sculptures in the

Park, which are given by governments to express the hope of peace and the blessing of world peace. There are few in Europe, in Asia and in Africa. 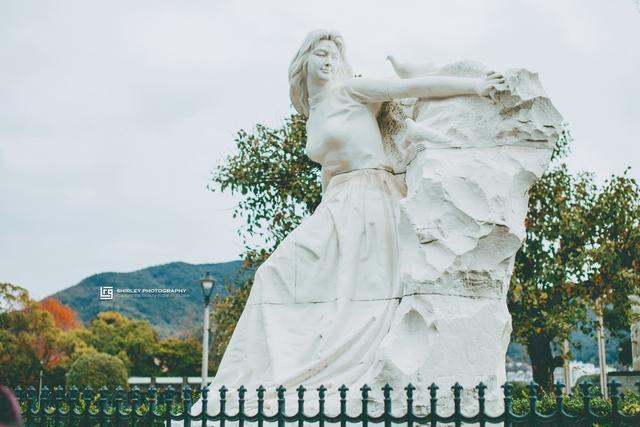 this is a sculpture made by China for the peace park in Nagasaki. It is said that there is such a "peace" sculpture in the Fuxing gate of Beijing. 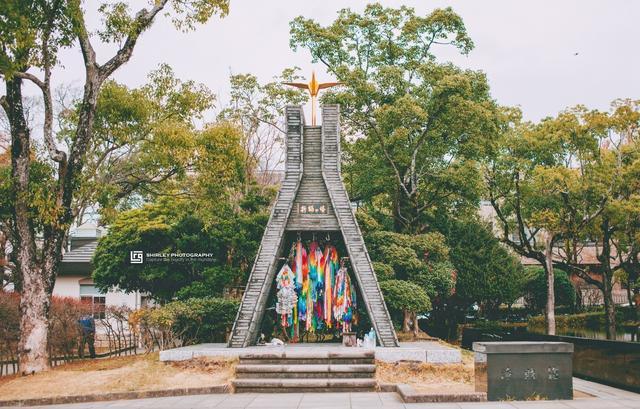 is built on the tower cranes on both sides of the statue. Furnished with cranes and water and pray. There is an ancient legend in Japan, if someone break out of paper cranes, crane will achieve one of his wishes, like longevity or recover from serious. In Japan, the crane is a kind of similar to the dragon and the tortoise a sacred and mysterious creature, it is said that they can live for one thousand years. In Asia, people have good wishes, fold one thousand paper cranes will be Xinxiangshicheng therefore, origami has become a special occasion gift. 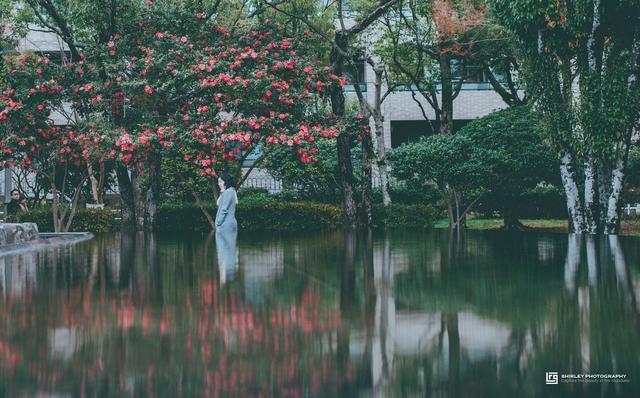 is said that many people died because there was no water at that time. In addition to the spring, there was a pool below the sculpture. 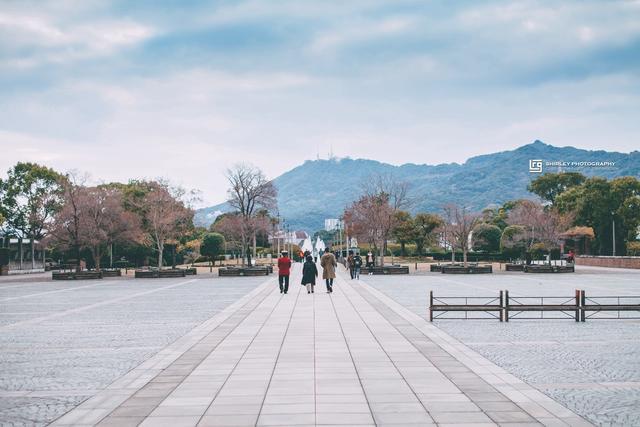 to Nagasaki, always think of the "Nagasaki is also raining today". Nagasaki is a port city, marine climate caused overcast and rainy in Nagasaki, we even caught in a heavy rain, a few minutes later, they immediately cleared up. 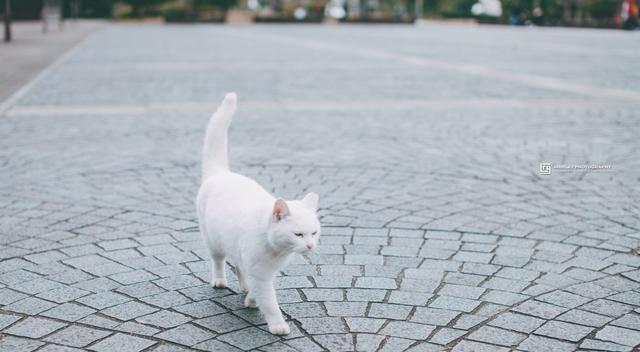 The cats on the

square were very close, and seemed to have no idea what had happened several decades ago. Take the initiative to rub your body, and you can touch it. 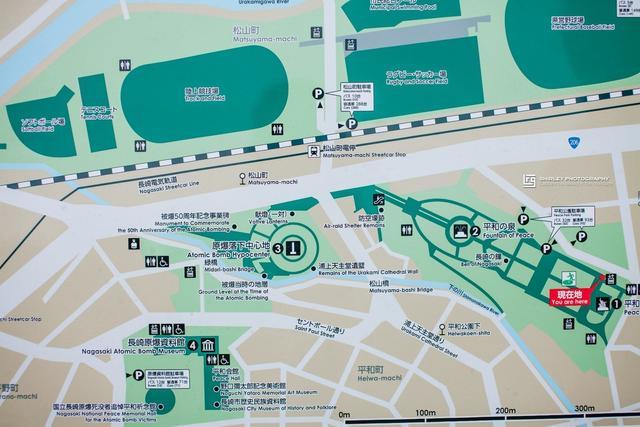 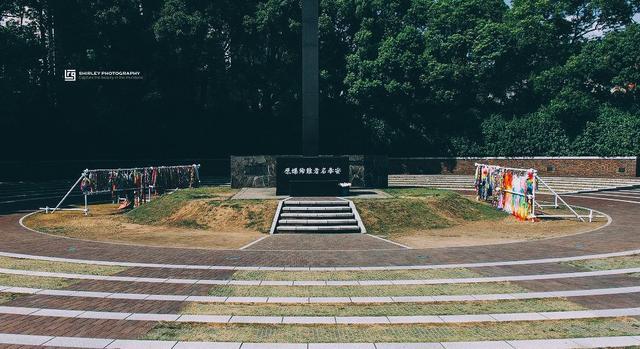 here is a street and other atomic bomb across the peace park. The morning of August 9, 1945 11, atomic bomb in this place 500 meters over 70000 people disappeared, the other, after tens of thousands of people suffering from radiation sickness died. Because Nagasaki is a mountain city, the ground is uneven and the explosion is devastating.

From: 整座城市静悄悄，实拍长崎原子弹爆炸纪念公园现状
Translate by: Baidu Translate .