recently, "the same birthday" fundraiser in the circle of friends scraper, user input to donate a dollar to his birthday a poor student was born on the same day. However, some netizens found that the same child's photos had different birthdays and names. The activity side "decibel chip" response said: the activity was sent to the circle of friends after the staff was sent to the circle of friends in the test stage, and the activity channel was closed. The Ministry of civil affairs, in response to the 26 day, said the activity was suspected of violating the charity law and was investigating and verifying. ( more details: do you give a donation to the "you born on the same day"? Internet users questioned the authenticity of the current channel closure)

"at least 6 people who played horns"

in the active interface, some netizens found that the same poor student who had been assisted appeared in different birthday interfaces and had different names. There is even information that the birth date of poor students is February 29, 2009, but it does not exist at all. According to incomplete statistics, "who played horns" examples of at least 6. In this regard, the "decibel chips" issued a notice that the activities were spread to the friends circle after the staff was sent to the testing stage, and there was information error and interface instability. 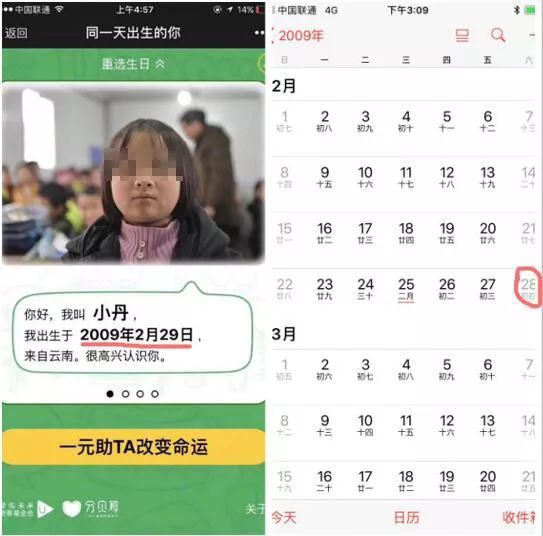 will raise money for the poor students living allowance

, the foundation was founded in December 22, 2015 and completed a charitable organization in June 2017 to qualify for public fund-raising. In April of this year, the Foundation launched the "decibel raising" WeChat public application product with the Zhenxiong poverty alleviation and Development Office of Zhaotong, Yunnan and Beijing zero DB technology limited company. organizers said the "birthday of the same day" was officially released on December 24th, but on the night of 22, the event was accidentally leaked in the test stage.

has closed the donation channel, and said, "2555898 yuan that has been raised will be used for 2130 year's living allowance of 2130 poor students in Zhenxiong County of Yunnan province". The Shenzhen Municipal Bureau of Civil Affairs has said that it has set up a survey group and will release it as soon as possible.

form innovation is not the whole

in recent years, the innovation of charitable fund-raising activities is becoming more and more powerful, and the cohesive force is becoming stronger and stronger. Whether it's the challenge of ice bucket sweeping the world, or to donate money to buy a picture of children, charity activities are often spread by social media. The form of differentiation has also become an important way to attract eyeballs. Charity is no longer simple to spread out his hands and "give a little love", but more innovative and gold. 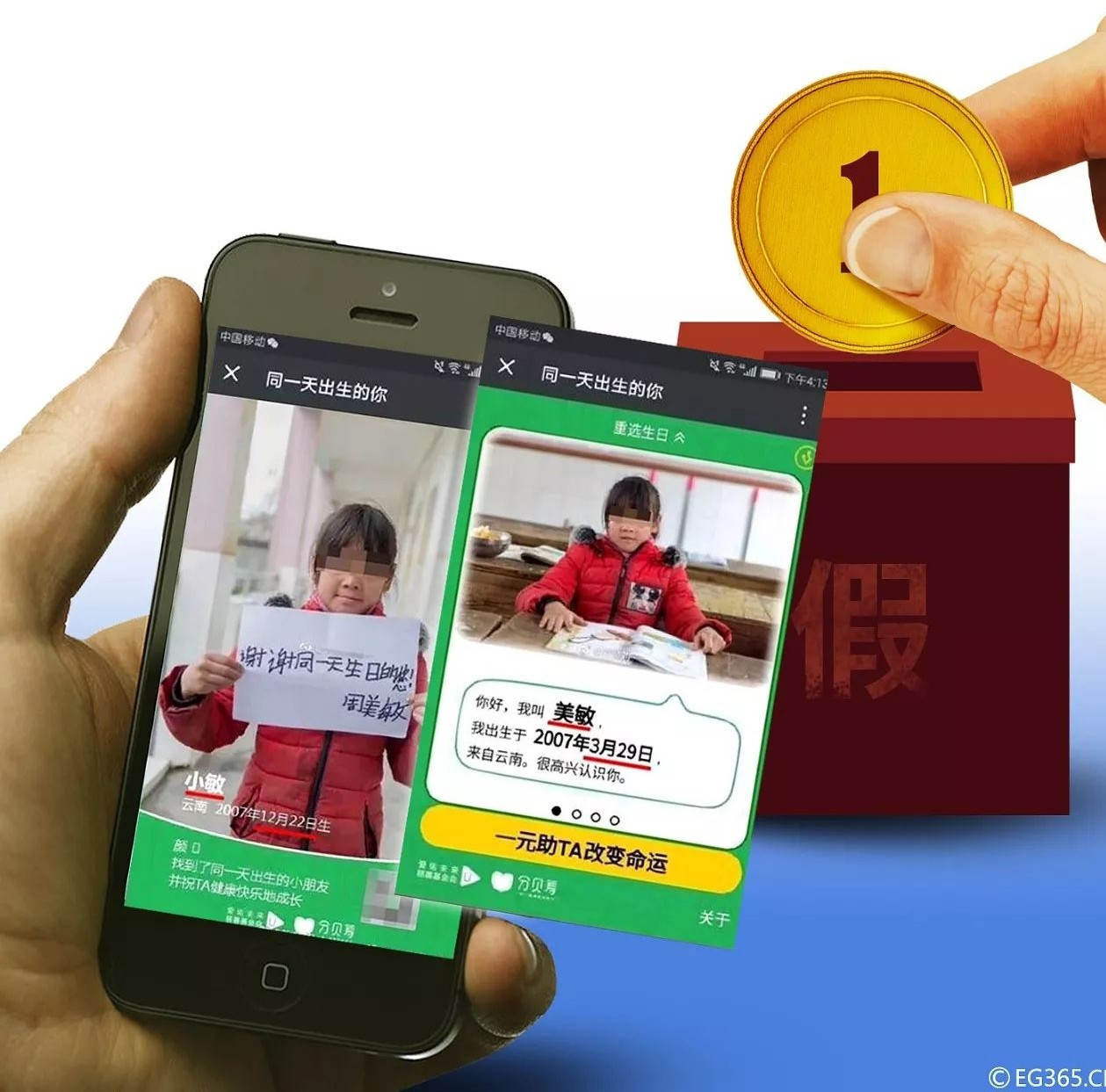 , however, must be pointed out that "innovation" is not the whole of philanthropy, and it is necessary to take care of the people's love and not let it be put in place. A picture of a child is labeled on a different birthday, repeated use, repeated consumption, how will the donor be in the mood? Next time like a fundraiser, will people open their hearts to what they can?

questioned, organization officials explained that "this is a small effect testing staff move". However, about two million yuan donation and millions of people's heart, how can the use of "test" lightly over the area? More importantly, the activity itself is not strictly submitted in accordance with the law. According to the provisions of the charitable act, must distribute public donations information on the unified or designated information platform of the civil affairs department according to the provisions of the charitable law. from this point of view, the "birthday of the same day" is stopped by the relevant departments, although the investigation is not conclusive, it is not wrong.