original title: 2017 this year 14 billion education industry complex | hit in, hit out of what?

entertainment value officer interpretation: Wei Xiaoliang, chairman of intelligence education, often said that education is a conscience, not only to pay attention to the learning efficiency of students, but also to pay attention to the effect of learning. Technology and mode will promote the evolution of education instead of subversion. To talk about subversion is to bring the bad habit of the Internet to education.

about the past year, the education industry, it is a few happy tears, the joy is the earnings performance is gratifying, the overall market is constantly expanding, some worry is in bad competition, competitors and friction, and even upgrade to the public relations war.

internet education continues to expand, on the one hand, the Internet Group holds a lot of capital, this is the education into the three or four line of the city to make up for the unbalanced development of education need to forage; on the other hand, the Internet who pay too much attention to marketing and public relations have also been brought in bad habits. 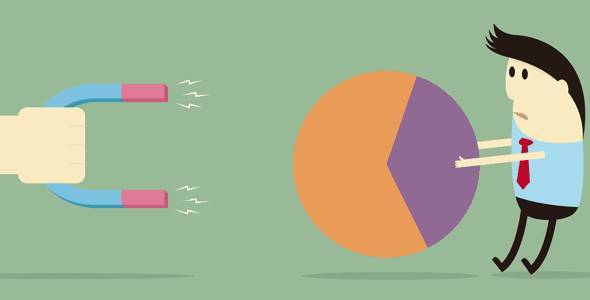 9 1, "Private Education Promotion Law" (hereinafter referred to as "the promotion law") formally implemented, to solve the long-standing problem of the identity of private education, emphasizes the for-profit and nonprofit private schools classified management, based on the existing public education and private education in educational resources supply. Can play a greater role and supplementary education funding.

"the law of the people" is a good thing for the well done educational institutions:

on the one hand, in "the promotion law" regulation, brand agency will enter a rapid growth track, the education will usher in the development of their own business, must be more standardized and transparent; on the other hand, they have seized a large share of the market in the next round of small institutions reshuffle them in an invincible position can even consolidate its advantage.

Wei Xiaoliang, chairman and CEO of

intelligence education, told the entertainment value Officer (ID:wenyujiazhiguan) that the "promotion of people's law" is beneficial to the return of private education to customer value, so that the training industry will eventually be standardized, and ultimately benefit from all of you. From the law of private education took the head of the "Damour Chris sword", the existing institutions will also face greater challenges, open market environment, no one can do better than it can replace you in the market, after all, competition is the market economy iron law.

capital seems to be hot, but to reap 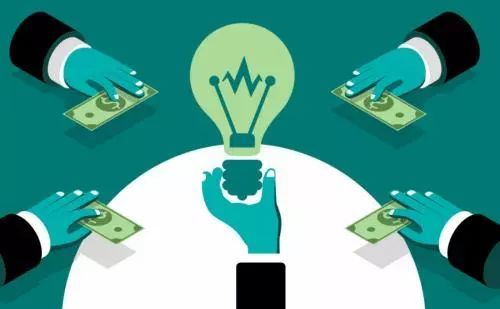 early in the "before" the promotion law "promulgated, the capital market has to have high interest in education, according to the entertainment value of the official (ID:wenyujiazhiguan) reporter learned that, from the beginning of 2014, the level of market financing education industry rapid growth, in 2015 the annual amount of financing 12 billion 600 million yuan, up 9 billion 800 million yuan more than in 2014, financing in 2016 10 billion 600 million the market forecast for the year 2017, the amount of financing will be more than 14 billion rmb.

in May 31st this year, the ape counseling to get $120 million financing, refresh the field of K12 financing record, later in August 14th, to help the job announced the $150 million C round of financing, known as the "K12 online education the largest single financing", but the record for a week, August 23rd VIPKID announced a $200 million D round of financing. 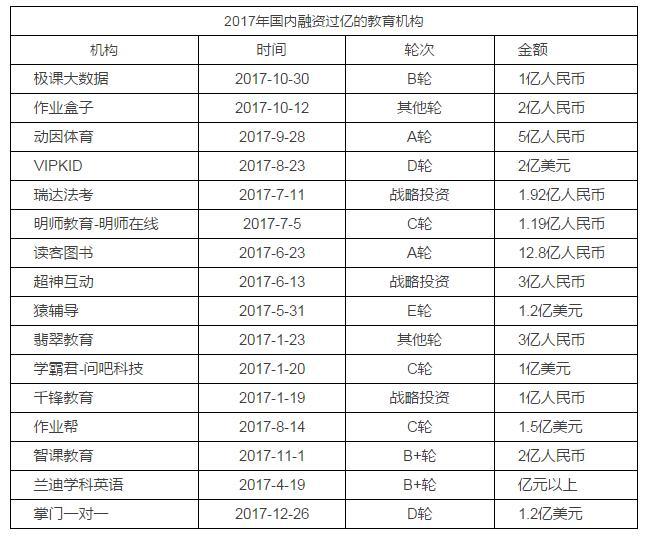 's profits are climbing, and there's a close - door running

is well in the New Oriental market, while the market value of the future continues to grow. Meanwhile, the pattern of "two giants" in domestic education and training has initially emerged. According to ID:wenyujiazhiguan, a journalist, besides his own performance section,