original title: what power does apple have to slow our old version of iPhone to slow

Apple Corp controls old mobile phones to slow down, depriving users of their basic options and violating their property rights.

recently, researchers have accused the Apple Corp of deliberately restricting the operation speed of the old iPhone, forcing users to buy the latest version, which resonated with netizens. In this regard, in December 20th local time, the Apple Corp issued an official statement, admitting that the performance of the old iPhone processor was limited.

needs to be aware of is that in this wording, Apple's definition of cell phone slows is "function" rather than "BUG".

the logic behind this is that in the case of mobile phone battery aging, full speed may lead to an unexpected shutdown or mobile phone, lack of endurance, and in order to avoid the two accident, apple for the user to design a "slower" function to ensure the operation of mobile phone.

this is a self - justifying speech, but it can't relieve everyone's concern about the real results. Because in this logic, the user is deprived of the right to choose the foundation, and the property rights are also violated.

these two options are two kinds of consumer behavior, one is a new type of mobile phone, the other is to choose a new battery. It is clear that for apples, the previous consumer behavior is more commercial.

about this set of functions that slow the cell phone, apple didn't give users basic notice or "choice". It just passed the "performance improvement" formulation in the upgrading instructions of the new system. 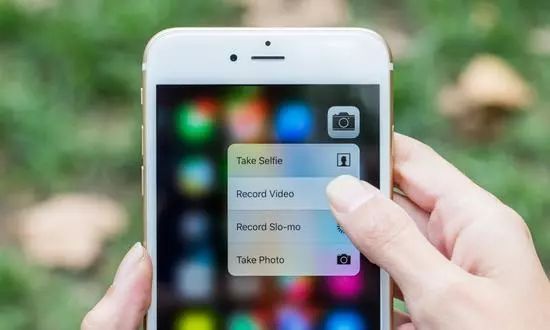 from the end of the result, consumers may not even "two selected one". In the face of more and more slow mobile phones, everyone will be led to the other way: to pay for the new products of the apple each year.

IT industry in which Andy refers to the former Intel CEO Andy Grof Bill, referring to former Microsoft CEO Bill Gate, he said, "what Andy, Bill took what" means, improve the performance of the hardware, the software will soon be consumed. This is the basis for scientific and technological products to force consumers and manufacturers to update and replace them.

means that the idea of buying a quality product for five or six years is out of date. Whether Apple uses such a trick or not will not be too great for the final result: it is only consumers who change their phones once a year, or a mobile phone in a year and a half.

is faced with a serious moral charge for this tiny "time bonus" and "thinking for consumers", and the Apple Corp is not really smart enough.

at such a node, "plan scrap", that is, a strategy in industry, which is intended to design products with limited service life and make products useless after a certain time. The term of industrial revolution appears again, which is another proposition worth considering.

The term "scrapping plan" of

first appeared at the end of the second industrial revolution. In this period, the rise of large enterprises became a new power group, causing public concern and doubt about power.

, in the final analysis, we are currently on the tail of a technological revolution. Technology and Internet Co are relying on technology and big data to hide users' right to choose under the seemingly reasonable procedures. At the same time, the public is more sensitive to freedom of choice and privacy. This is not a prudent wording and a clever trick that can easily make a fool of it.

, there is no lack of inspiration for today's technology giants. For these giants, we need to keep in mind that throughout the history of human business, the power of infringing, offending and depriving users can't last long. Apple is now closed and arrogant so blame, apparently also should wake up.

From: 苹果有什么权力让我们的旧版iPhone变慢
Translate by: Baidu Translate .