goddess to the sea is the dream of all the otaku. Most people can only think about it in their hearts, but some technical homes have solved the problem by their own hands. Recently, a pornographic short film featuring the heroine Gail Gadot as the protagonist began to circulate on the Internet. If we look closely, we will see that Gail Gadot's face is only being changed to someone else. The protagonist of the video is not the goddess herself.

this video from foreign Reddit forum, the author is a netizen called deepfakes, in addition to "Wonder Woman" Gail Gadot, and many of his works, Emmma Watson (Hermione), Maisie Williams (II), Scarlett Johansson (black widow) are included, these videos are used AI technology assisted synthesis. 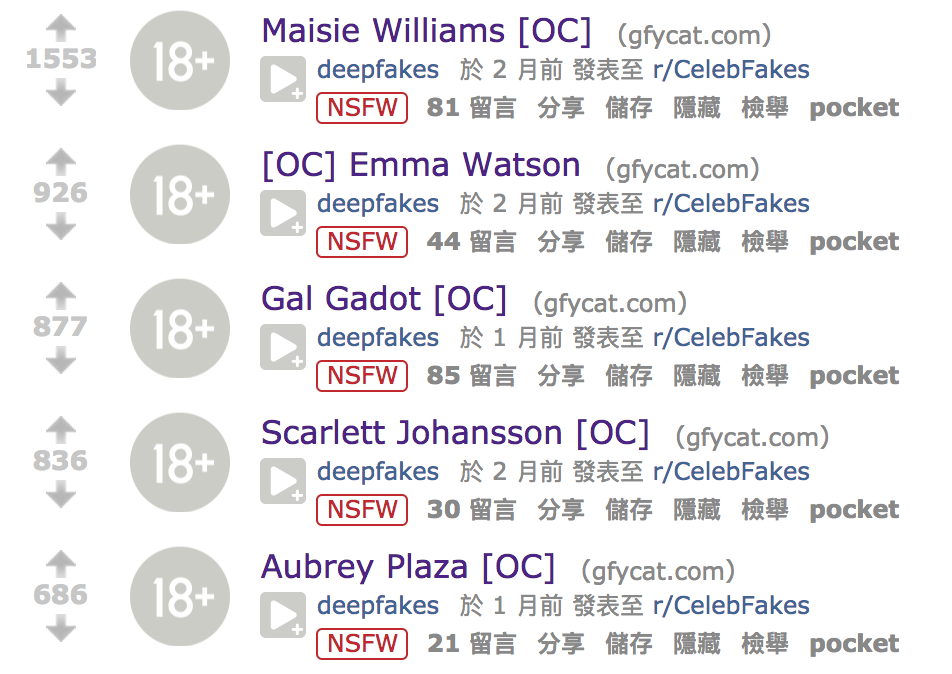 this is not a cutting-edge technology, and

can be implemented with an open source project

deepfakes is not a professional researcher, only interested in machine learning, and all of the technologies he uses are based on open source software such as TensorFlow and Keras. Deepfakes collects a large number of images with Google image search, public graphics library and YouTube video, and then uses these materials to train deep learning networks. After repeated training, the system can identify the correct image of Gail Gadot, the algorithm will automatically make the other images more similar to the training object.

deepfakes mentioned in the Reddit algorithm, and some time ago he was used to change the use of high technology like the weather. NVIDIA is using generative network (GAN), against this model is good at dealing with visual data, generated image more sharp and clear. NVIDIA with this technology can convert the video into sunny rainy day, in order to deceive vision.

, a AI industry researcher, says this is no longer the cutting-edge technology, and it takes only a few hours to deal with this effect with a consumer graphics card.

make the details of the goddess more perfect?

looks at this video carefully, it will find that Gail Gadot's face is not perfectly fit with the body. Occasionally there will be dislocation and distortion. Sometimes the voice and mouth can't match. Taking into account the individual works of a programmer, it is very shocking to be able to achieve this level.

machine learning requires a lot of material to train. Even if celebrities are selected as training objects, they can't be perfect in facial expression. Face2Face can solve these details. Using face tracking technology, we can copy human face details to the existing video, and use it to create a lot of video materials with expressive details.

if we have a little more "ambition", can the problem of the mouth shape be solved? The answer is yes.

A new algorithm for researchers to develop

of the University of Washington, the human voice can be transformed into the mouth, then transplanted to an existing video material, generating a new video, the video when people talk lip movements and sounds almost perfect correspondence.

The material used by

researchers is Obama, because deep learning algorithm needs a lot of data to support, and his video has more material on the Internet, and machine learning will be easier to achieve. According to researchers, the whole learning process takes 17 hours of video as a training material. Technically, it is possible to put anyone's voice on the face of others.

what about the sound, since the image can be created?

at the Adobe Max conference in 2016, developers showed a software named Project VoCo. Unlike the previous audio editing software, you can insert and change a few words directly in a sound. In theory, as long as there are about 20 minutes of recording, Project VoCo can understand the composition of a person's voice and copy it. That is to say, it can be generated by using it.