CCTV news channel has launched a year end special program, "coming in the future", and feels the power of science and technology. It is the dream of human beings to have continuous clean energy. In Hefei, Anhui, researchers are making their dreams possible through their own efforts. Today, let's go into the superconducting tokamak experimental device and look at its 2017 transcript and future roadmap.

artificial sun, a challenging clean energy program. Chinese scientists have become its leader by virtue of innovation and toughness, and achieved a more revolutionary breakthrough in 2017. Their dream is that one day, the first "artificial sun" from the earth can rise in China! 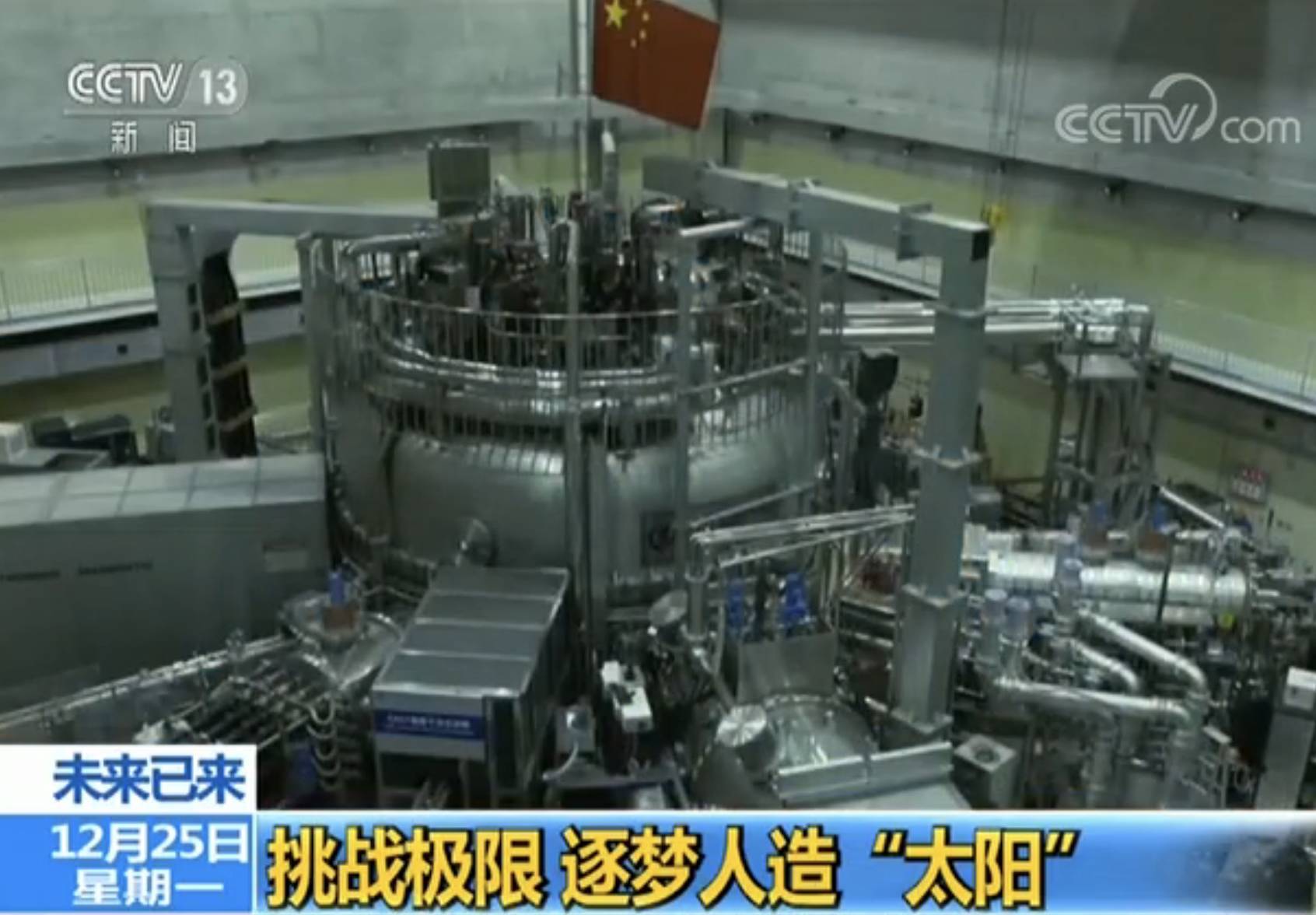 CCTV reporter Zhang Chunling: "one of its inner core components is such a vacuum ring cabin. In this vacuum ring cabin, there are many nuclei like this temperature of ten million degrees or even billions of fusion fuels, and outside the vacuum chamber there is a transverse and longitudinal superconducting coil. It seemed like a doughnut, suspended in the interior of the vacuum chamber. The nuclei of the upheaval fuel run and collide in the doughnuts, which will spill a huge amount of energy.

currently "artificial sun" is preparing for a new round of experimental

into the end of the year, just create a world record for the researchers who are preparing for a new round of experiments, the experimental time sprint experiment of higher temperature and longer.

around the vacuum chamber, scientists have to use the self developed superconductors to form a powerful magnetic field to restrict the internal fuel. This is a superconducting strand of less than 1 millimeters, with tens of thousands of superconducting wires, each of which is only six microns, about 1/10 of the hair.

Hefei Academy of Sciences Institute of plasma deputy director Song Yuntao: "we are so thin superconducting wire cable, a conductor, is wearing a 600 meters, so there can be a little mishap. A broken down."

"artificial sun" EAST is constantly marvel at the world!

"artificial sun" EAST is constantly marvel at the world! The steady state high constraint mode from the end of the year runs for 60 seconds, to 101 seconds in 2017. Scientists have ambition at 2050, which is one of the most cool enough to change the world of black technology. A large amount of deuterium and tritium in the sea is used to make nuclear fusion, like the sun, to provide energy for the earth.

International Nuclear Fusion Expert Toni: "I think China has become the world's leader in the field of fusion science and technology. More importantly, China has a very ambitious plan to build its own fusion engineering experimental reactor, which will redefine the speed and process of the development of world fusion energy.

for Chinese scientific and technological point of praise! return to the Sohu, see more "editor-name" data-role=