to implement the spirit of the party's nineteen, the implementation of the fundamental task Lide Shuren, effective prevention and treatment of primary and secondary school students bullying, recently, the Ministry of education, the central comprehensive management office, the Supreme People's court and the Supreme People's Procuratorate, Ministry of public security, the Ministry of civil affairs, Ministry of justice, Ministry of human resources and social security, the Central Committee of Communist Youth League, the National Women's Federation, Chinese CDPF eleven Department jointly issued "to strengthen the comprehensive management of primary and middle school students bullying plan" (hereinafter referred to as the "control plan"). 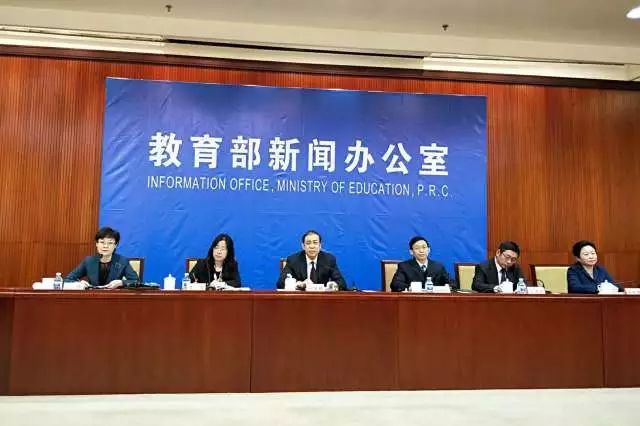 1, define the definition of student bullying.

3, standardize the disposal procedures, clear that the disposal of students bullying events mainly in schools.

5, a long-term mechanism has been established.

6 clarifies the division of responsibilities.

I, the introduction of the "governance program" background?

2017 January 17th, UNESCO released the latest report on campus bullying in Seoul, South Korea. This report shows that every year, 2.4 billion children suffer from campus bullying for various reasons. This is the case in our country, especially since the 2015, the problem of campus bullying has caused great concern to the whole society. In 2016, among the ten major educational events issued by the Chinese educational news organization, students' bullying and special governance were also on the list.

In the field of special governance and field supervision,

government finds that some units still have problems such as not enough emphasis on bullying prevention and treatment, multiple linkage prevention mechanisms, and implementation of bullying students.

of students bullying the definition, degree and different degrees of bullying situation disposal, disposal after receiving the complaint, departments and schools such as the division of responsibilities is the lack of clearly defined, it is necessary to further develop targeted, workable implementation plan, improve the system of student bullying prevention.

two, how does the "governance program" define students' bullying?

according to the actual work of middle school students lack of a clear definition of bullying, "governance plan" proposed, students bullying occurs in the Campus (including primary and secondary schools and secondary school students, occupation) and between the Party (individual or group) single or multiple malicious through body language and means of implementation of network bullying and insults, causing the other party (individual or group) bodily injury, property damage or mental damage and other events. In the actual work, all the schools of strictly distinguish between the students' bullying and the students' playfulness and playfulness, which is properly handled.

three, how should the student bully be disposed of properly?

"governance program" is clear that the disposal of bullying in students is based on schools and should be carried out according to law.

if there is a complaint, it is clear to properly handle the appeals request. The county-level prevention and control of the students' bullying department is responsible for dealing with the request of the student bullying. For the reexamination, the investigation group, composed of school representatives, parents' representatives and outside experts, should be rechecked by the county-level prevention and control students' bullying departments. The review should be completed within 15 days.

involving law involving litigation should not be accepted by the bullying Department of the prevention and control of the students, and should be included in the corresponding legal procedures in time.

four, is there a punishment for bullying? How should I punish?

- a mild case of bullying

minor bullying in the school is criticized and educed by schools for the implementation of bullying students. Students who have been bullied should apologize to the bullied students in their face or in writing for understanding. For repeated bullying incidents, schools should conduct disciplinary actions against the bullying students while carrying out criticism and education.

plot is bad, bullying of students' physical and psychological harm caused by obvious severe bullying, criticism and education for the implementation of school bullying students at the same time, invite the public security organs involved in the implementation of warning education or bullying students be reprimanded, the public security organs according to the school invited promptly arrange