original title: the path of the advanced biographers for Li Kaifu and Zhou Hongyi to write the leading biographers of life

1. first "world because of you: The Autobiography of Li Kaifu" caused a sensation, the cumulative sales of more than one million, let Fan Haitao from an unknown to the public the reporter turned gorgeous top biographer.

3. find Fan Haitao, Zhou Hongyi thinks he finally met the right person. She is Zhou Hongyi to create a "subversive": The Autobiography of Zhou Hongyi is still popular, but behind the process is extremely difficult, two people are cruelly abused...... 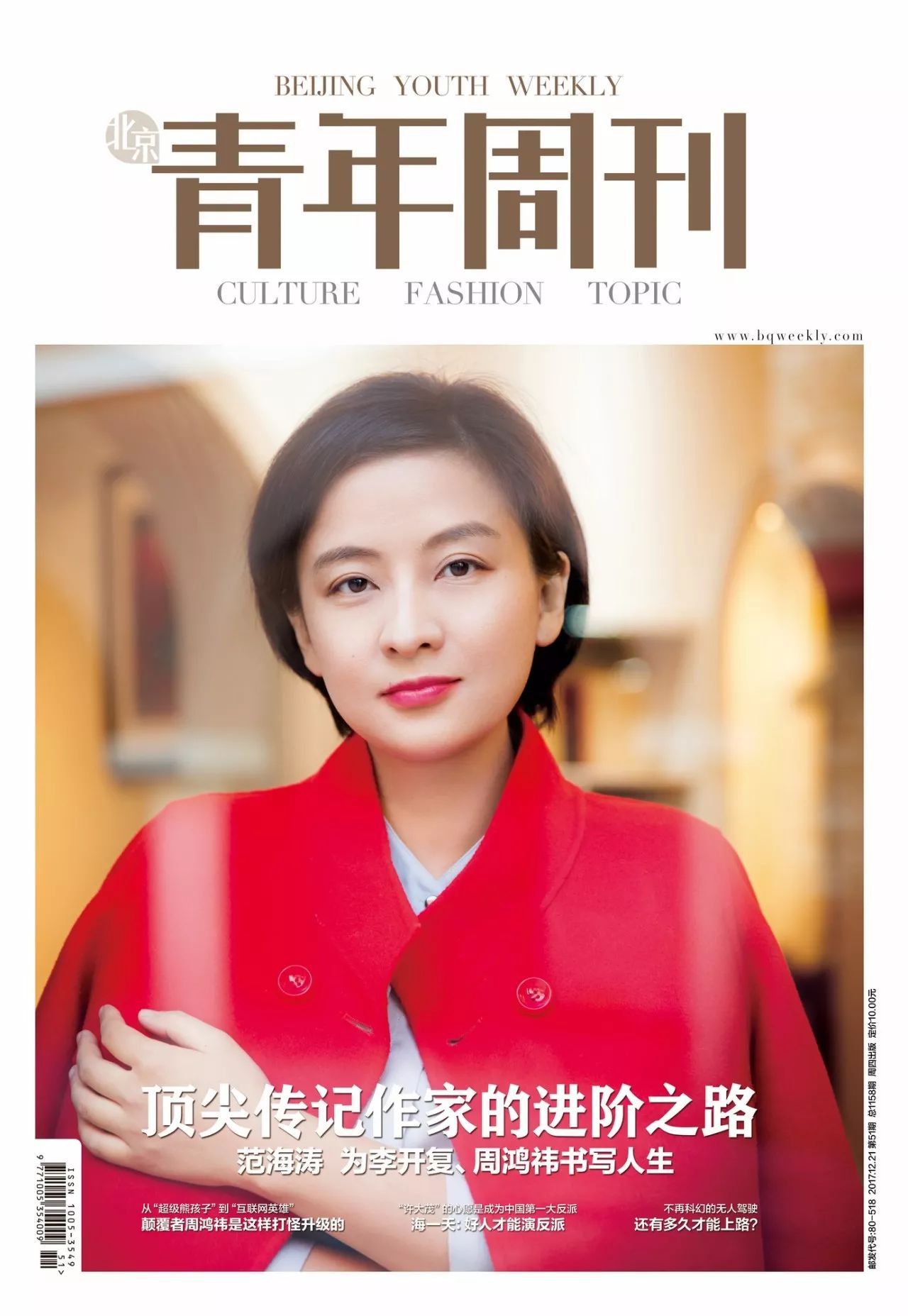 * 2009, and then Google Vice President Dr. Li Kaifu published the "world because of you: The Autobiography of Li Kaifu", has sold more than 1 million copies, and in order to get the best local commercial Blue Lion Chinese author award.

. 2011 years of studying in the United States, in 2013 received a master's degree in Columbia University oral history, this is the highest degree of professional.

* 2016, published the best-selling book "is a brilliant breakthrough after the age of 30 to study abroad". Invited by Peking University, Chinese University Hong Kong, Communication University of China and Jinan University, non fiction writing and oral history are told.

11 7, "Subversion: The Autobiography of Zhou Hongyi" listed, the first printing of 100 thousand copies, one day emergency printed 30 thousand copies, has been reprinted many times. This is the first personal biography of Zhou Hongyi, the founder and CEO of the 360 company, the father of free security and the famous Internet fighter, Zhou Hongyi. In the book, he described a way out of the trouble around the naughty "super bear children", a subversive challenger, carries on the computer vowed to love, after thirty years of unremittingly struggle and torment, step by step how to become the China Internet community after heavy character. The temperament of his confidence, perseverance, mixed hesitate, full of fighting spirit, yueranzhishang. At the same time, you will also find his interesting side. For example, he also loves literature, likes poetry and wrote magic realism novels, and has read a lot. He even broke two times is not shy to be wronged in the police...... 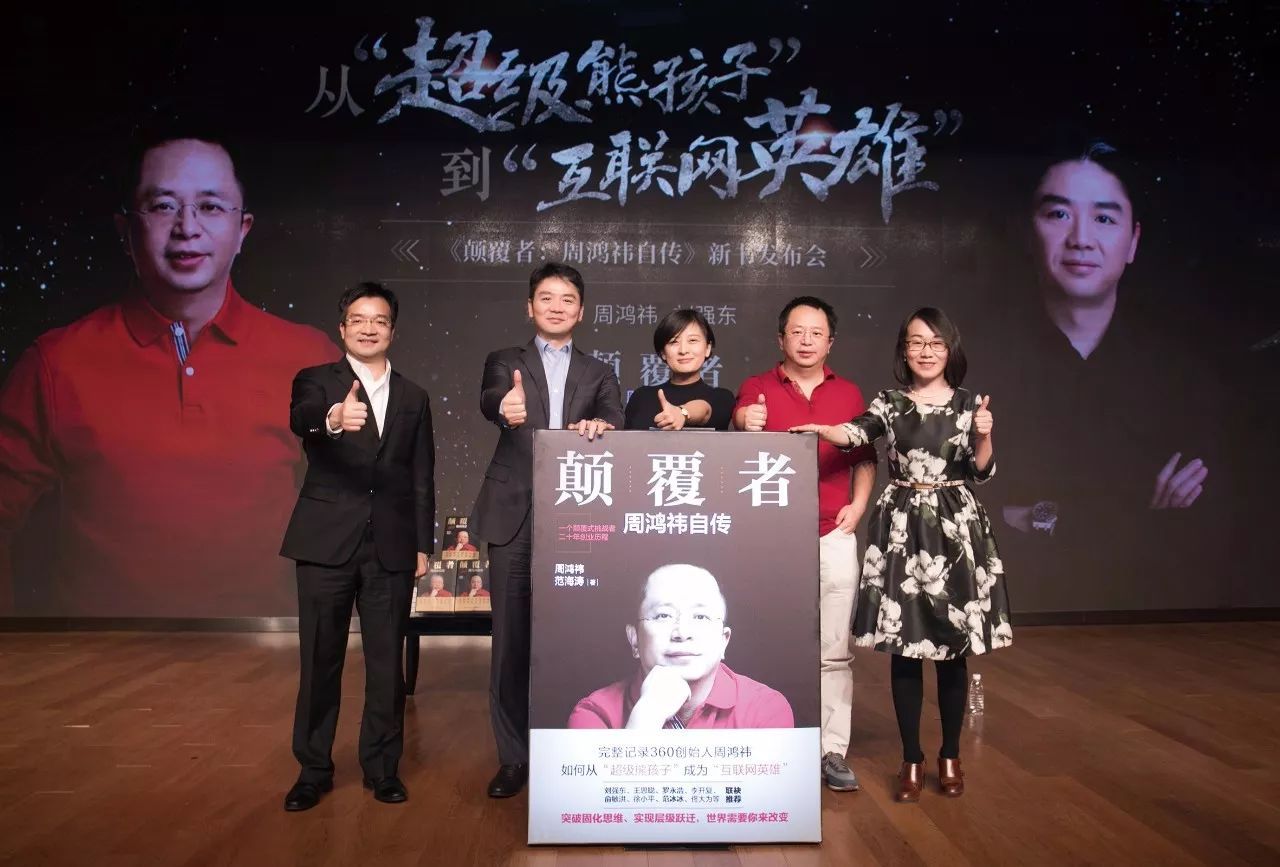 looking at his life is like looking at a big blockbuster. The author of the book, Fan Haitao, is the top biographer in China. In 2009, her creation of the world was a great sensation after the advent of the Li Kaifu autobiography. The book will be the first time ever in apple, Microsoft and Google three technology giant have done the first Chinese executives in the family, growth, career trajectory completely to open, Li Kaifu told their story in the first person tone detail rich, fascinating. The number of biographies has accumulated over a million, creating a myth in the publishing world. It also lets Li Kaifu leap from the idol of the young to a public figure with a national influence.

2014, Fan Haitao received a phone call from Zhou Hongyi. He asked her if she would like to write a biography for him, as well as Li Kaifu's one. At that time, after the 360 listing, it was experiencing a peak in the US stock market, and its market value has reached about 10000000000. At this milestone, Zhou Hongyi wanted to record how it all happened. At the same time, he also wanted to present himself and some of the past in an all-round way, trying to eliminate misunderstandings. But before, Zhou Hongyi had twice asked people to cooperate biographies, the author is not small caffeine, can be planned to abort.

this time, Zhou Hongyi thought he was

From: 为李开复、周鸿祎书写人生丨顶尖传记作家的进阶之路
Translate by: Baidu Translate .