original title: modify the paper and write the letter of reply according to the review opinion 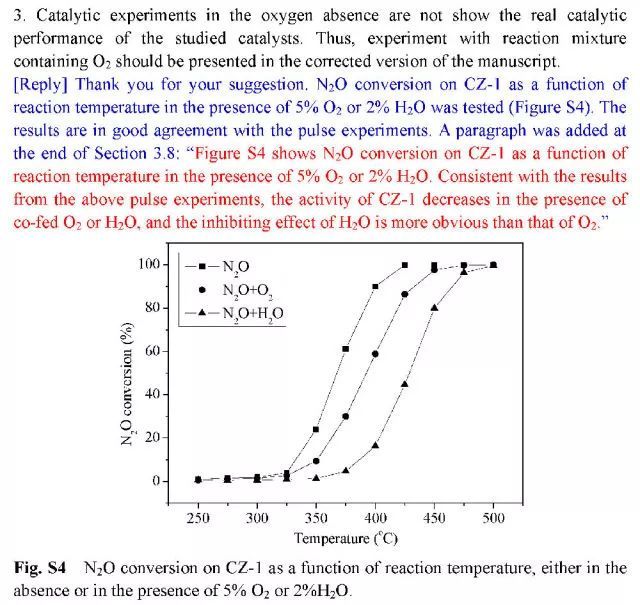 [this is what I wrote, was published by the "science and Technology Review" in 2017 nineteenth "workplace" column. ]

. Sometimes the papers delivered to the academic periodical editorial department, after a few weeks, decided the letter received editorial "the manuscript can be modified to use", but saw several reviewers for a long list of comments, "have a big head". This article introduces the author's experience in revising the paper in accordance with the opinions of the manuscript and writing the letter of reply to the editor and the reviewer.

receives a long list of reviewers, the first thing to do is to calm the mind and not be in conflict. The opinion of the reviewer can help the author improve the level of the paper. During the two years, manuscript is the reviewer pointed out that many problems, experimental evidence is not sufficient, the papers discussed too much, part of the thesis writing like prose rather than argumentative. So I not only added the experiment, but also rewrote the paper. In this process, I feel that the quality of the paper and his writing level have been greatly improved. sometimes, when reviewing a manuscript, a peer reviewer doesn't understand the way of an experiment or a paragraph of a paper, so readers may be puzzled by these contents. The author can eliminate the potential questions of the reader if it can be revised in accordance with the opinions of the manuscript.

must try to supplement the experiment that the reviewer needs to supplement, so that the revised paper may be "impeccable" in the retrial. , my graduate student has prepared a series of metal phosphate supported RuO2 (two ruthenium oxide) catalysts by impregnation method, and the theoretical content of Ru (ruthenium) in the catalyst is 1%. We have put these samples to the outside research institutions, the workers there by ICP-OES (inductively coupled plasma atomic emission spectroscopy) analysis did not detect the content of Ru, because of the need of analytes dissolved in aqua regia prior to ICP-OES analysis, but RuO2 is not soluble in aqua regia. As a result, our original paper did not provide the actual content of Ru in the catalyst. But the reviewers asked for the data to be supplemented. So we found a scientific research institution that could measure the content of Ru by special sample processing method, which complements the data.

sometimes the questions or suggestions put forward by the reviewers are "stupid" in technology. The author can see at the first glance that "even if the experiment is supplemented, there will be no valuable information". , for example, by using SEM (scanning electron microscope) to characterize the morphology of the samples, but the reviewers requirements also used HRTEM (high resolution electron microscopy) characterization of samples, but in fact, this sample was characterized by HRTEM, electron beam energy may be used, the resulting sample decomposition. even so, as much as possible to provide experimental data in the reply letter, tell the reviewer: the author has done the experiment, or has been in accordance with the requirements of the reviewers, get what results, but because of what reason, these data have not been used in the paper, or just was put in the paper accessories instead of being put in the text.

From: 按照审稿意见修改论文和写答辩信的体会
Translate by: Baidu Translate .