original title: Cognition: throw away your property, how much money do you have?

[Abstract] if you have suddenly become timid from wasteful, never work overtime become crazy, this person is bought nine out of ten. 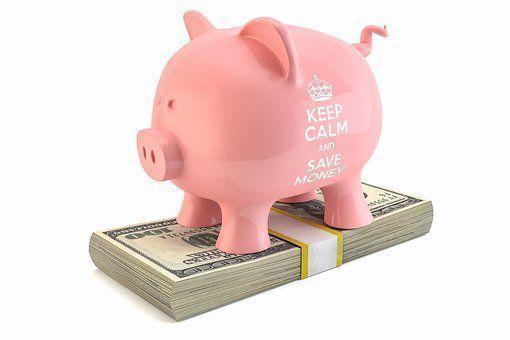 don't equate assets with capital, and a house worth 5 million does not mean you have 5 million.

recently, I saw a story about a very interesting phenomenon, that is, how to judge someone to buy a house.

if you have suddenly become timid from wasteful, never work overtime become crazy, this person is bought nine out of ten.

told you this is because I find more and more people who actually buy the house are not as happy as you may imagine. They seem to have millions of people overnight, but actually their daily lives may be more embarrassed than before.

your wealth is very fragile

In the previous period, Professor Wei Jie, director of the China Center for economic research at Tsinghua University, said a story:

he met an old man in Beijing, saying that his personal family was 5 million, the children were all filial, and who was filial to whom it was.

in terms of professional terms, this 5 million is just asset valuation. It's hard to say how much it is worth before it can be realized.

is just like the stock market, floating profit not win, secured truly is your wealth.

today, as long as there are suites as millionaires, they are also used to calculate asset valuations as personal wealth.

Wei Jie says the 63% of Chinese wealth is property. As a matter of fact, the wealth of everyone's hands is in the form of asset valuation, which is actually very fragile.

is in urgent need of money, for example, if something happens, something serious will happen. What's more, millions of houses need to be quickly realized and urgent.

is more afraid that when cash is needed, it can't be realized. For example, after two years' limited sale policy, you will find that assets on your hands may not be called wealth.

our debt is very

applies a catchphrase: Although our wealth is fragile, we have a high debt. Oh, it really makes people feel good.

, the national financial and Development Laboratory of the Chinese Academy of Social Sciences and the national balance sheet Research Center released the three quarter China's deleveraging process report. In this report, our family debt has been staggering.

According to the report, Chinese family leverage has risen to 48.6% in the three quarter of this year. It seems, it doesn't seem to be very high.

, but we should pay attention to that. This 48.6% is the average level, while the development in China is very uneven. The families in the backward areas are unable to leverage. So we need to see the family leverage ratio in the developed areas is more realistic.

in Fujian, the most leveraged family in China, the family leverage rate is up to 105%. What does it mean? That is to say, the loan of Fujian residents exceeds the deposit, and it has not been in debt.

is more frightening than the loan

is more frightening than debt, and our growth rate is getting more and more than the growth of the loan.

give a simple example, for example, you buy a house with a loan 1 million, and there is no deposit on your hand, and the 1 million debt is repaid by your income.

, however, if your income doesn't increase or decrease, it means that your deposit rate is slower and slower, while the interest rate of the loan may continue to rise, and the loan growth rate is still increasing. The gap between them will be bigger and bigger.

simply points out that your income is getting less and less, and the mortgage is likely to increase, which is the most frightening thing.

these deposits may come from your parents, your brothers and sisters, your relatives, friends or even your colleagues, so a lot of money will flow out of the bank to repay the loan.

in the past six months, Chinese personal demand deposits and currency in circulation (cash) significantly reduced total 3 more than 1 trillion yuan, the 3 trillion is basically to return the debt.

said the debt crisis every day, you might think it's too abstract, because it's all government debt and corporate debt.

, but now you see, the resident debt crisis has been gradually revealed. It is not only insolvency, but also the new income may not even add new loans. This is a debt crisis that may happen to everyone.

From: 认知：抛开你的房产，你还有多少存款？
Translate by: Baidu Translate .