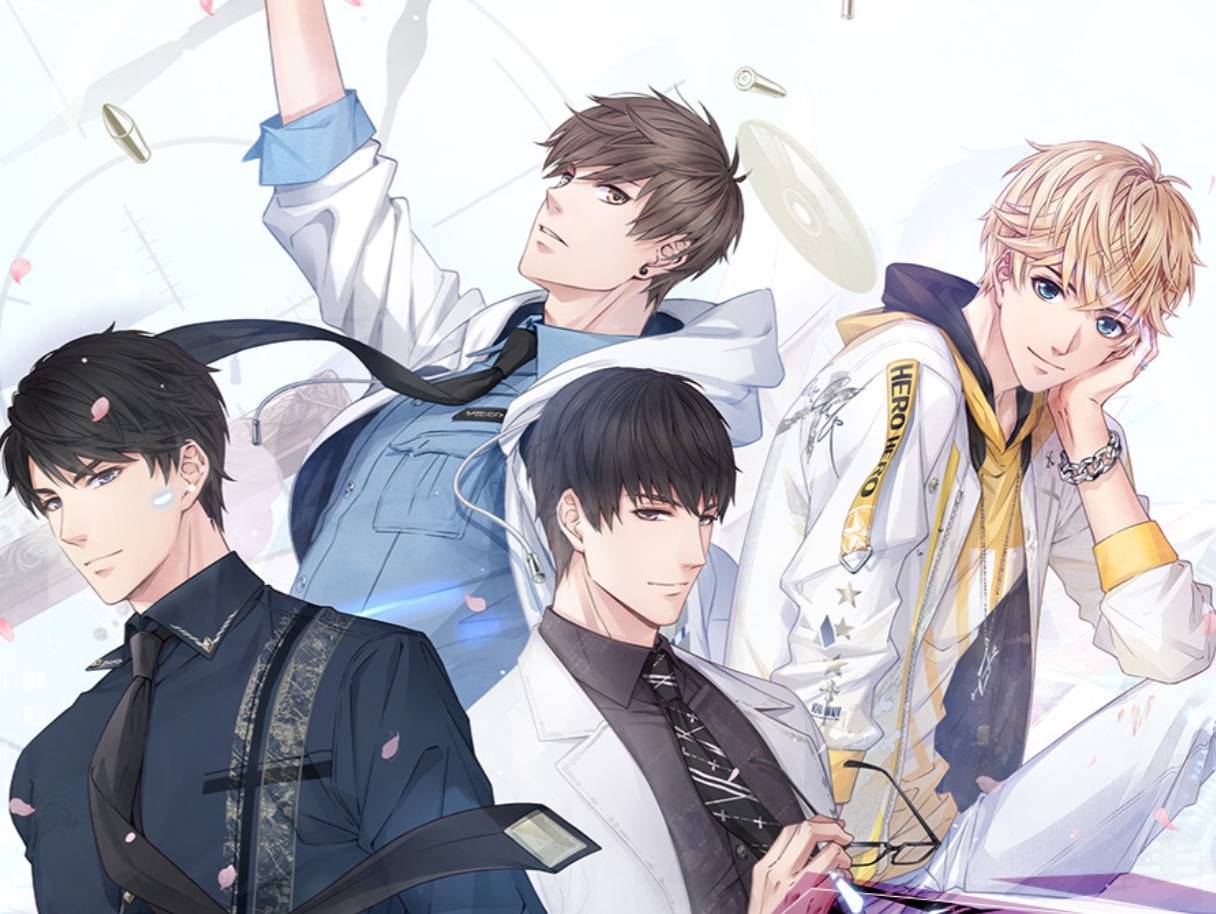 recently many people's circle of friends, there are people who share a screenshot of the game, not the "king of glory" super MVP record, is not "wilderness survival" finally to eat chicken shots, but one you've never heard of love games - "love". 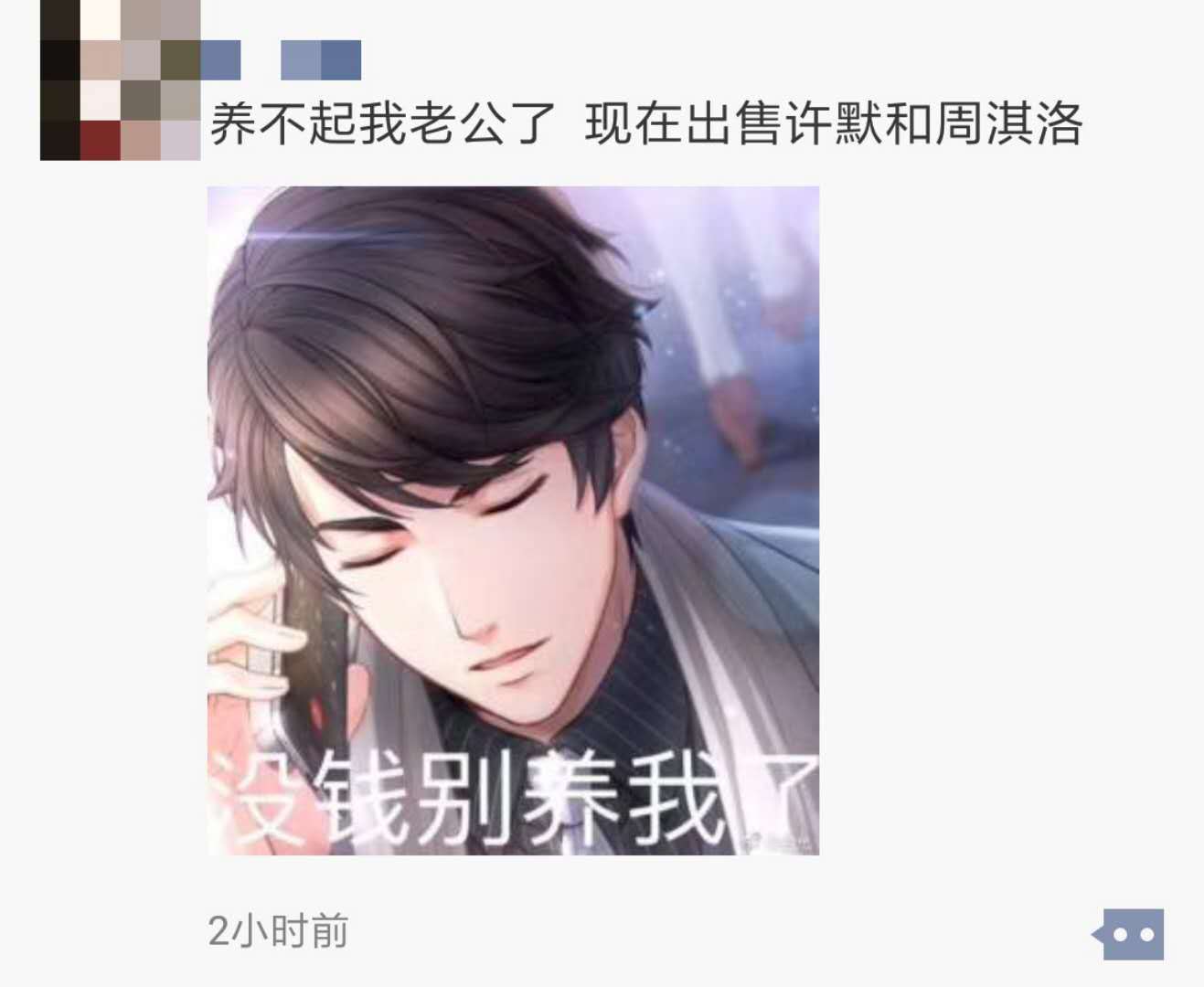 in the major social media, you can see a variety of fanart and scripts, the spectacular compared to last year's "onmyoji" for ifheavier.

did not play with the people to see a face, what is this game? "Boys and girls" has become fine?

if it is to be qualitative, "love and producer" is a love business game that combines card elements. This type of game is actually quite mature, which originated in Japan, is the first Indoorsman for a professional game player, the name "Galgame", from "hit the field, (Gal)" and "(game), and combination of A. In a word, the player can interact with the beautiful girls in the game. Through the player's choice, the player can affect the character's good sense and ultimately determine the trend of the plot. This kind of game is quite market in Japan, and can even be said to be the mainstay of the Japanese game world. "G" in Japanese ACG culture, to a large extent, refers to "Galgame". 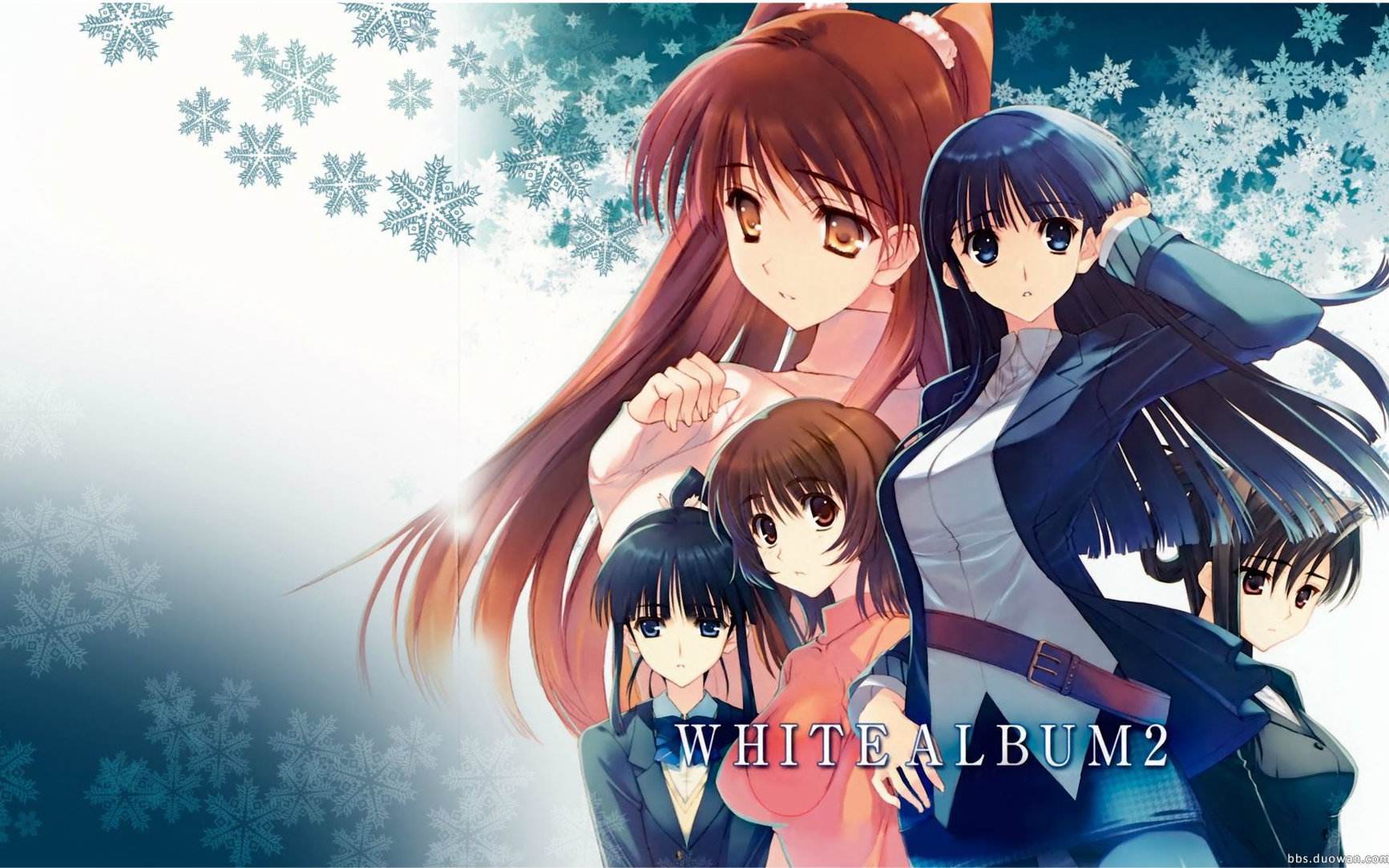 Galgame has a lot of classic works, the most famous of which is probably the white album,

and "love" and the producer is for the female game player "Galgame", the game also has a professional term called "Otome game" (Otome refers to between LOLI and strong woman girl, at the age of 14~18 ), belonging to women to a game category, is the form of a the men that men and women, many famous seiyuu, gorgeous and beautiful scenes and touching plot game player to win the women's favor. Similarly, Otome game is in Japan to carry forward the domestic, although there have been some successful works (such as " " Star Series), but overall is still relatively small minority of the state.

specific to "love" with producer, game player plays to inherit the family business (a TV show) silly white sweet woman, the main plot is taken once popular but declined TV shows, with the development of the story, you will meet the above four identity personalities have a handsome, overbearing president genius, scholars, the cat idol star, with their various staged plot Marysu.

plot design is relatively simple and direct, the female main setting is also worth mentioning that window is the four men, the perfect face, with different styles of Su, either warm or overbearing, male, let the game player (especially female game player) experience to them once in love "fantasy plot. 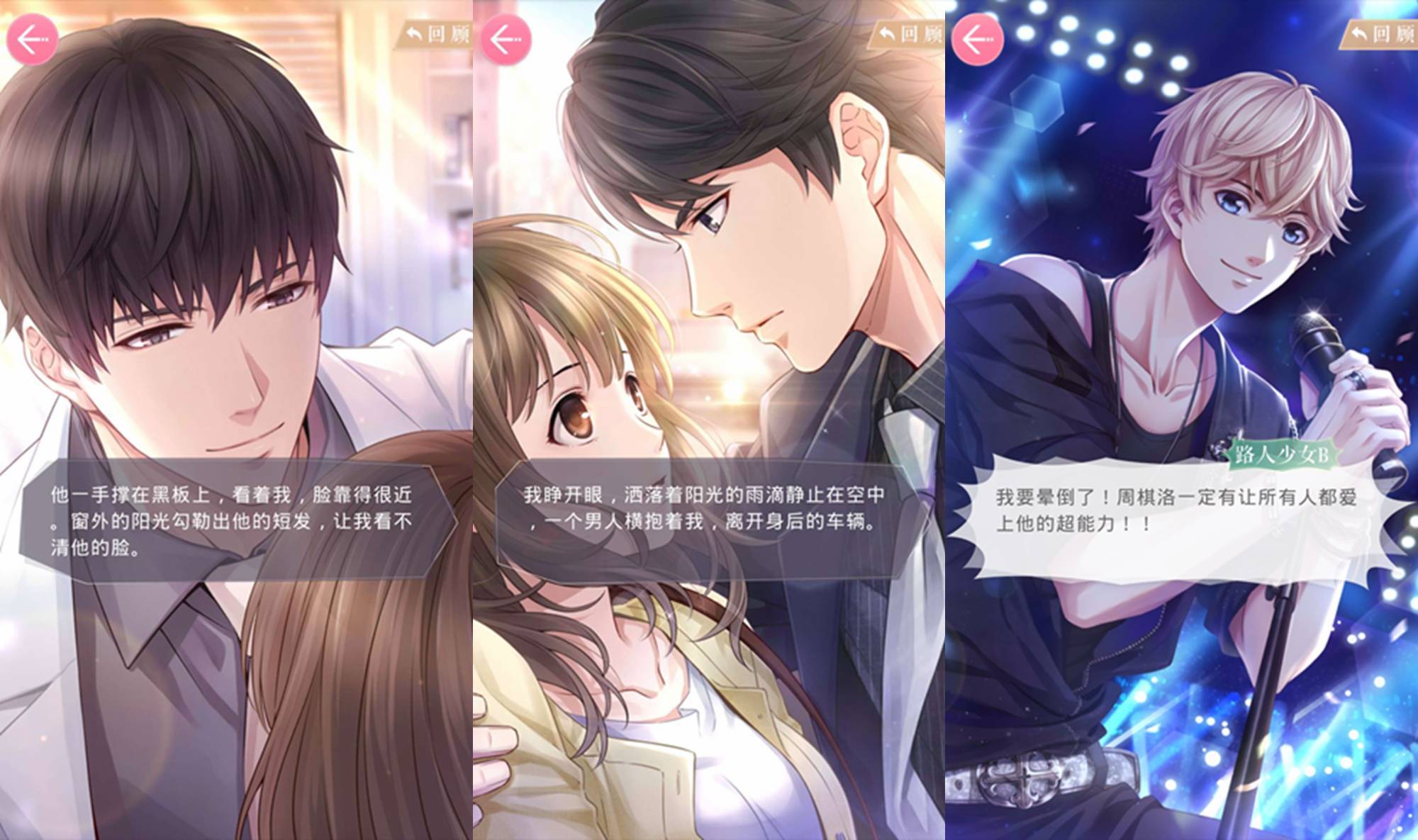 in addition, in order to increase the sense of reality, the game adopts the first person perspective, and the functions of "friend circle" and "chat App" are designed to enhance the immersion of the player. The full name of the game woman is a mute, but the producer also invited the famous dubbing actors in the circle, such as Bian Jiang, AI Jie and so on, to whisper gently in your ear. It has to be said, it is still very lethal for the female players. 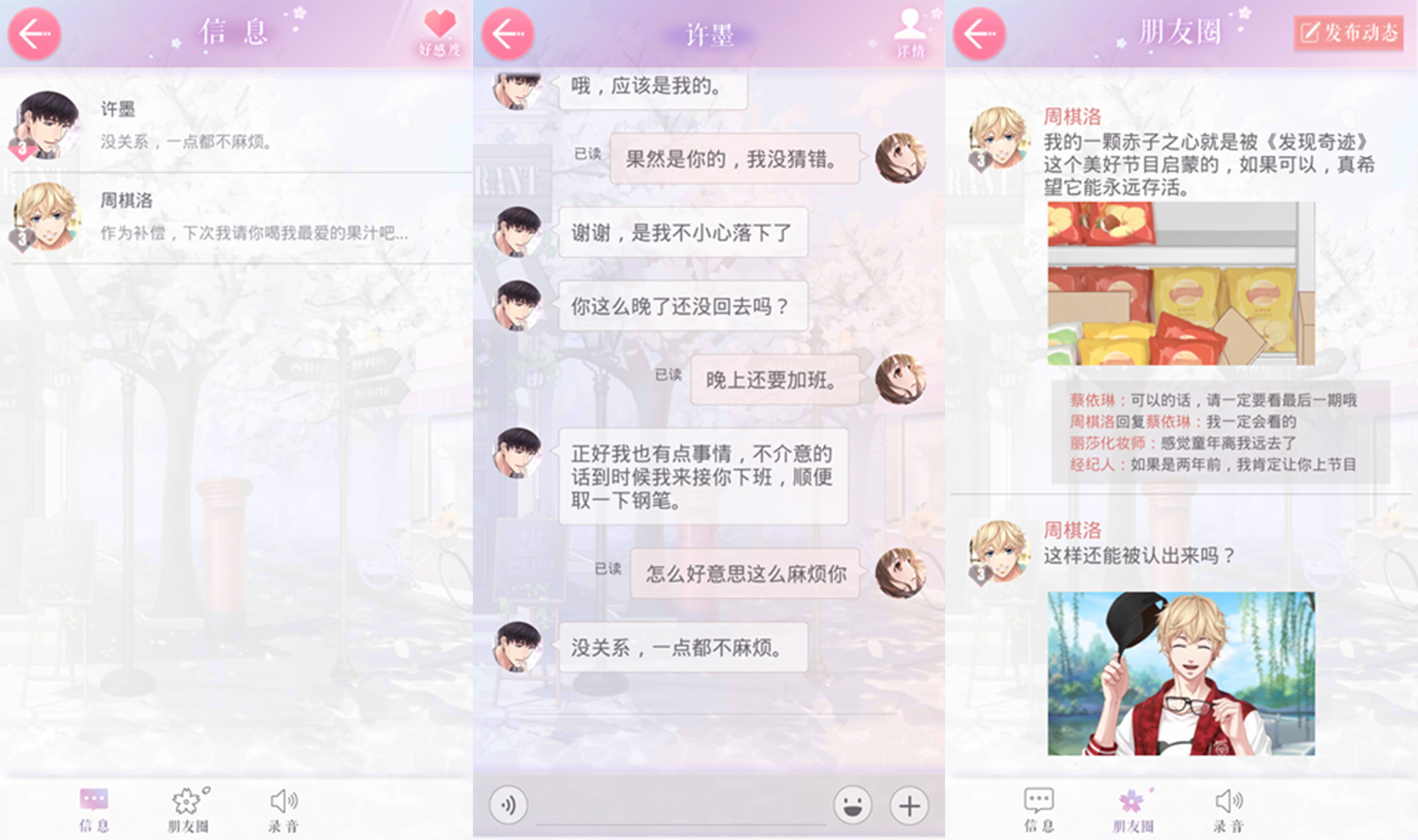 , in general, "love and producer" is still a full range of Marysu's plot. But for "Galgame", this is never a problem, as long as the story is not much more flawed, game player care is set, and the voice painted, from this point of view, "love" and the producer still has some advantages.

in addition, the details of the game can also be designed, UI exquisite, over fluency, the overall completion of the high degree.

"love and producer" development and publisher is a stack of paper games, that is, once another female game exploded the developer of "the miracle warm". The game was launched on the iOS version in December 13th. It has climbed to the third place in App Store free list, behind the wilderness action and the glory of kings. On Tap Tap, the installation of this product has approached 260 thousand.

, according to the "game grape" report, the game has been estimated to be 766 thousand from iOS downloads up to now. Daily flow can reach 5 million, and in some players, the ARPU can even do more than 1000.

and the topic of the game is warming up and continuously fermenting in social media. The current official of "love and producer"

From: 一款玛丽苏的恋爱游戏，《恋与制作人》怎么就火了？
Translate by: Baidu Translate .