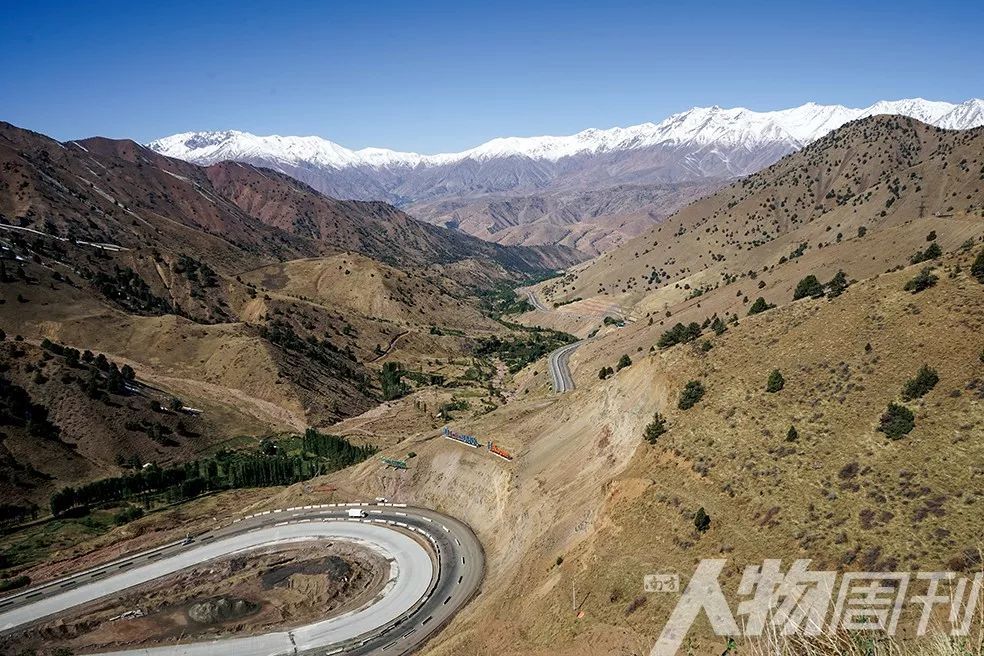 over the Tianshan Mountains

souvenir silk factory still use old technology from cooked cocoon, stripping silk to tie dye, all is one thousand years ago, completely without electricity. Here, the red tie dye from pomegranate peel, yellow and brown from the onion, from nuts. Women workers are spinning and listening to Uzbek music from their mobile phones. One month's work can be converted to 1000 yuan of income

different from the imagination. The road to Fergana Valley is not rugged, but my mood is both excited and worried.

The complex history of

today, Fergana Valley is three national (Tajiks, Uzbeks and Kyrgyz) accounted for . On the territory of every country, the enclaves of other countries are scattered. The Tajik civil war, "Andijon incident" and the political turmoil, is once more to the valley tensions. From the bronze age, there was an ancient civilization in the Fergana Valley, but the glory of the civilization seemed to have disappeared from the traveler's radar for too long.

into the valley of Fergana traditional road by Tajik territory of Khujand. In 329 B.C., Alexander the great entered the Fergana Valley and established the Hellenistic city-state closest to the East. However, because of the state of the country, I can not walk this old path. I must be directly over the Tianshan snow covered Carle Chiat mountains, walk the road within uzbekistan.

leaving Tashkent, my van plunged into a gray haze. Through the window, I saw the low sun hanging in the middle of the air, like a char ball that was about to burn. We have been through two polluted industrial city -- Alma and Rick angren. In 1942, the coal here was continuously shipped to the Sood front to feed the Soviet war machine. Today, the semi - abandoned Suzhou residential buildings are decorated with cable towers and sunflowers filled with dust. Everything seems to have not changed since the last century.

the van started Panshan. From time to time to decelerate, the falling rocks around the center of the road. The vegetation seems to disappear suddenly, and there are only scars of grey black rock masses around it and the rubble caused by soil erosion. From Urumqi to Almaty, I have seen Tianshan in many places, and now it has come to the west end of the mountain. As the altitude continues to rise, the air is becoming more and more bright.

in Camden a pass, van stopped, because Carle's snow capped mountain cat is in sight. There is a dusty canteen near the viewing platform, selling snacks and apple. A Uzbek family is taking a photo with the snow mountain. The man wearing a peaked cap, sitting in a car in the old Soviet motorcycle, lying at the foot of a sun warmed yellow dog.

soon, I saw herdsmen who were driving a large group of black goats to the field. They rode, flicking whip, string of smoke and dust Dangqi sheep. The wind blowing from the other side of the mountain, once brought the mobile phone signal. Not far from the south, the light of the Pamirs plateau has appeared in the thin air. I know that the side of the mountain is Tajikistan, a different world speaking the Iran language of the mountain.