original title: I am the founder, I can not control my own company?

editor's note: not long ago, China disclosed the proposed price of 4 billion 650 million yuan, the acquisition of Eic parent company set out 100% of the equity of education education. It is worth noting that the announcement disclosed that "the ownership structure is too scattered, there is no actual control of journey education." This article is a contribution, the author is three of the entrepreneur in the education industry, and he comes to talk about the actual controllers.

business process, we have seen too much because of the unreasonable ownership structure, which led to the tragedy of human partners became disband. The founder often likes to compare the company to his children, but have you ever thought that one day, your "child" would no longer belong to you?

Eic was ready to "marry" education! This time, the husband gives the bride price is 4 billion 650 million yuan.

circles are on and which Eic buddies became a millionaire, I noticed that one of the interesting details of the acquisition announcement: due to an overly dispersed ownership structure, Eic Education (more precisely, should be called the "journey of education") there is no actual controller.

's first sentence with a friend who is familiar with Eic may ask, "isn't Li Zhu?"

Li Zhu, the founder of Eic, as the spiritual leader of Eic, is in a sense equal to Yu Qide. At the legal level, however, he is not the actual controller of Eic.

first explains what is called the actual controller. The actual controller is a person who can not actually be a shareholder of a company but can actually dominate the company's behavior through investment relations, agreements or other arrangements. In short, it is the natural persons, legal persons or other organizations that actually control the listed company. Here, there are two key points: it can not be the shareholder of the company, it can be "not a person".

look at the equity structure of journey Education: 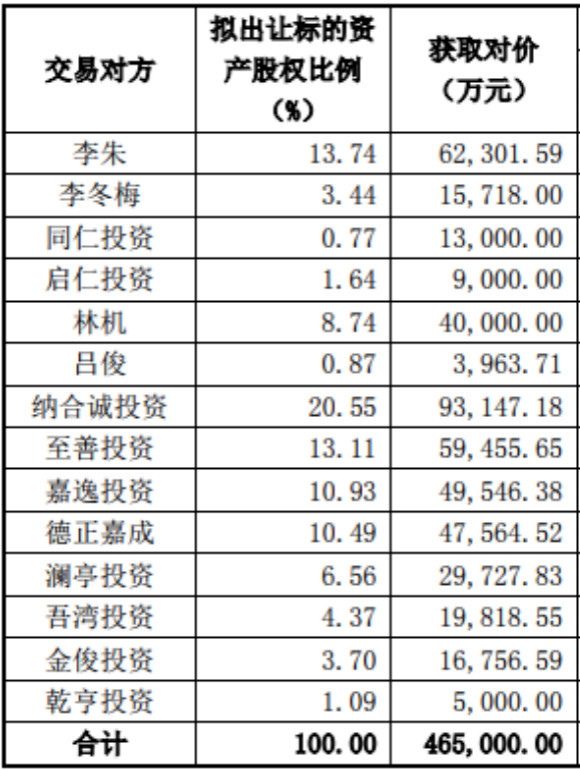 From the above chart,

can see that "Li Zhu" is the second largest shareholder of the company, with a direct share of 13.74%.

found on the actual controller, a variety of legal identification, there are three important criteria: first, investors for the company holding more than 50% of the controlling shareholders; two, investors can actually control more than 30% of the voting shares of a listed company; three, by voting alone or combined control to decide a director the company will be more than half of the members elected.

obviously, Li Zhu is not satisfied with the above criteria.

also disclosed in the acquisition announcement that Li Zhu, Li Dongmei and concerted action colleagues investment and Qi Ren investment share 19.95%, which is also not up to the standard two.

so, because the board of education set out the ownership structure, board seats nomination characteristics, has been identified as no actual control.

is the actual controller important to the company from the point of view of modern corporate governance? Of course, it's important.

in fact, as early as in the last round of "marry", then exchange the actual control over four of shares through the question.

however, it may not be important for Li Zhu himself or the management team to have a real controller.

founder Li Zhu, is how to step through the introduction of outside shareholders, equity transfer, resulting in control of devolution, the announcement also disclosed in detail, no longer, and can be written in another story.

2015, the listed company of purple light (not renamed, called Yin run investment) issued a bulletin to buy the 100% equity of the major education;

Zhuo Zhuo directly holds 15 million shares of silsilon investment, accounting for 15.59% of the total capital capital of silvery, and has become the controlling shareholder of silvery investment. 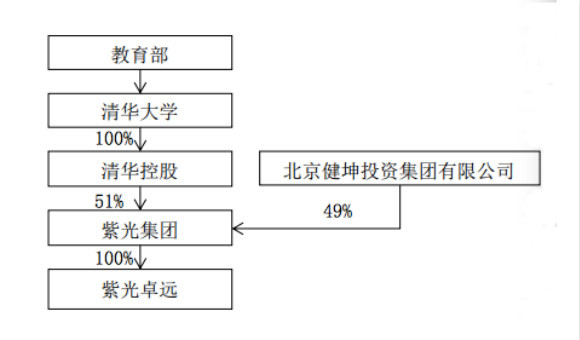 Tsinghua holdings directly controls the purple light group and becomes the actual controller of the company;

, I ask you, how deep is the way? Does this porcelain have a bad touch? Is this lever too big to pry?

, however, since the privatization, the return of A shares, has been an unlucky year, from the original training industry big three, reduced to now be marginalized and hooded, even found a good father, a blacksmith also to its own hardware.

From: 我是创始人，我竟然控制不了自己的公司？
Translate by: Baidu Translate .