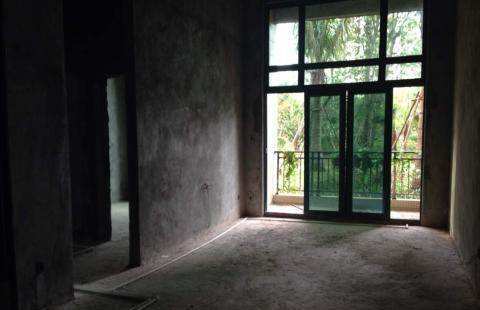 Hainan Special Economic Zone reported that Zhang Lin from Haikou was the mother of two children. One day in 2015, when she accompanied her mother to see the duplex room, she accidentally fell off the two floor of the house, resulting in spinal cord injury after paraplegia. It constituted a first-degree disability and hospitalization for 51 days, which spent 110735.97 yuan on medical expenses. Later, Zhang Lin put the property agency and the owner of the house to the court to claim 6 million 390 thousand yuan. How did the court judge it?

in the compound room of the leap layer, when the woman sees a room, he has been injured from two layers and injured

Zhang Lin lives in Haikou, and it's her dream to buy a house. One day in 2015, she saw the housing information of the 10 building and 108 rooms of a district in Haikou on the Internet. The house size and price were all suitable. Zhang Lin planned to see the house on the spot.

reported that all the people in the 108 room were Wang Shuo. In October 2014, Wang Shuo's parents will be the 108 real estate license photocopies by e-mail sent to Hainan real estate intermediary hundred years house estate marketing planning Company Limited (hereinafter referred to as the red for a hundred years, the company commissioned by the company) recommended the sale of this room.

2015, Wang Shuo, through his father Wang Qin, hired the decoration workers, such as Zhang Dong, to decorate the 108 room. Because the room is double thermocline from the housing, the first layer to the second layer without the normal channel, then the housing decoration workers in the second layer of digging a hole to be built as a connection between the one or two layers of the stairs. The staircase is temporarily used as a temporary channel to connect the one or two floor of room 108 before the completion of the staircase.

On the morning of April 25th

2015, the staff of the 100 year red company told Wang Qin to take Zhang Lin to see the house, and asked Wang Qin "is there a worker over there?" Wang Qin replied, "should have", and the decoration worker Chen's contact way to the staff. On the same day, the 108 room was not built. When Zhang Lin and his mother and 100 year red company staff came to the 108 room, he happened to be away, so there was no one in the room, but the door was open.

Zhang Lin and Li XX directly entered the 108 room. Under Li's persuasion and assistance, Zhang Lin was wearing high heels and climbing up the bamboo ladder to the two floor of room 108. When Zhang Lin went to see the house on the two floor, he stepped on the cover on the floor of the two floor, and fell to the first floor from the two floor to the first floor. Later, Zhang Lin was moved to the 1 floor lawn by the Lee's room 108 from the 10 floor, waiting for the ambulance. He was sent to the hospital on the same day. He was discharged from hospital after 51 days, which spent 110735.97 yuan on medical expenses.

then, Zhang Lin put Wang Shuo and Centennial red to court, and claims medical costs, labor costs, and so on a total of 6390787.49 yuan.

does not take the first trial, and the agency and the owner of the house appeal

Wang Suk argued that Zhang Lin was injured and had no fault and had no civil liability for Zhang Lin. Lee and Zhang Lin in the house without permission, no one case of trespassing on private residence, is a serious offense, Wang Shuo does not have security obligations.

Centennial red argues that the company does not have fault and does not have fault. It should not be liable for compensation. As a medium company, 100 year red company is unaware of the hidden dangers of housing. As an adult, Zhang Lin did not pay attention to safety when looking at the house, which was an important cause of this injury.

Haikou intermediate people's court believes that Zhang Lin's disability from upstairs is not a deliberate action of a perpetrator, but a result of multiple factors of negligence.

, Wang Shuo, Centennial and Zhang Lin are responsible for the occurrence of the damage. Therefore, the first instance of the first instance confirmed that the loss of Zhang Lin for the total loss of 3307613.78 yuan, in line with the facts and legal provisions, the hospital should be supported. However, the proportion of responsibilities of the parties is not properly determined. Our hospital should be adjusted. Wang Shuo should bear 40% of the tort liability. The 100 year red company should bear 30% of the tort liability, and Zhang Lin is responsible for 30% of the liability.