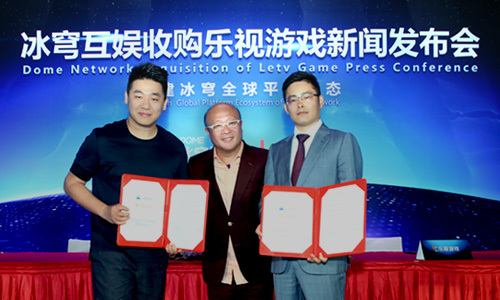 12 27, the official micro-blog of Ping An Nanjing announced that Zhang Xiaolei, the actual controller of Qian Bao network, gave himself up to the Nanjing municipal public security organ on suspicion of crimes in December 26, 2017. At present, the public security organ of Nanjing is conducting an investigation.

Sohu finance noted that Zhang Xiaolei announced the surrender offer LETV Jia Yueting's game in September this year just in the acquisition of high-profile conference, Zhang Xiaolei said the acquisition is "timely assistance", depending on the game with their own businesses as like-minded, LETV will not have crisis.

borrowed a new three board to raise 160 million

Zhang Xiaolei surrendered himself, uncovered the veil of Qian Bao's alleged illegal fund-raising. Sohu finance noted that the official website of Qian Bao network has been unable to open now. It claims to be a platform specializing in micro businesses, mainly based on micro businesses and cross-border electricity providers. Previously, the media reported that the money treasure network with the Internet behavior to carry out illegal fund-raising, for Ponzi fraud.

Zhang Xiaolei has also been unauthorized to issue shares of listed companies, the Shandong regulatory agency of the Securities Regulatory Commission (SFC), which is believed to be suspected of issuing securities illegally.

2015, Bao Bao net was listed on the new three board. But in January 2016, Zhang Xiaolei controlled Qian Bao network on its platform with the average price of 21394.09 yuan / share, issued 7741 "Qian Bao share", and raised 166 million yuan to 2071 natural person investors. According to the project introduction of "Qian Bao net", "Qian Bao's share" will be changed into Bao Bao net stock in April 2016.

Shandong Securities Regulatory Commission believes that Zhang Xiaolei's actions violated the relevant provisions of the supervision and management measures of unlisted public companies, and suspected of violating the relevant provisions of the People's Republic of China securities law, and suspected to constitute illegal issuance of securities. The current global treasure net transfer has been suspended and the application of the new third delisting.

had a high-profile announcement of the disk game

for the acquisition of music in the music game in a crisis, Zhang Xiaolei said: "we are to be in others it pours when people put tiles on the cover, like timely assistance. There is no peace in this world, life always has ups and downs, otherwise it is not life, business is the same.

"for the music as such as ingenuity and perseverance, do not forget the beginning of the heart of the enterprise, we embrace at this moment to tell, like a wounded comrade in the trenches:" wake up! Don't sleep! Hold on! Zhang Xiaolei said.

but Sohu finance and economics noted that at present, the ownership structure of the game has not appeared in Zhang Xiaolei's business. According to the industry and commerce data shows, the most recent equity change occurred in November 21st of this year. The 21.41% stake in the investment is exit, and the newly increased shareholder is Huoerguosi's far future equity investment partnership (limited partnership).

of Huoerguosi Yuance business information, which was set up in September 17th this year registered shareholders of the original shareholders depending on the game creators Beijing future science and technology limited company, Shenzhen relai Yuance investment company, Wang Sheng, Chen Jian, the 4 shareholders together

From: “悲剧”的乐视游戏：前老板贾跃亭赴海外，“新老板”投案自首
Translate by: Baidu Translate .