recently Jia Yueting and his Faraday Future (hereinafter referred to as FF) began to move, just shortly before through the media released the news of the successful financing of $one billion, while today with a big news this Christmas, as he is the original CEO platform cloudary, Mars's founder Hou Xiaoqiang.

in micro-blog today, Hou Xiaoqiang said that he tried to drive FF 91 in Losangeles, feeling design, performance, place to turn, acceleration and so on. Although there are many netizens questioned him as a liar platform, but Hou Xiaoqiang still insisted that he saw thousands of people in full swing and R & D, production, and Jia Yueting also stressed that he is neither relative nor friend from the beginning, to believe that his car is now half believe and half doubt will succeed. But according to domestic media this month at the beginning of the site visits, FF factory when it was still empty. 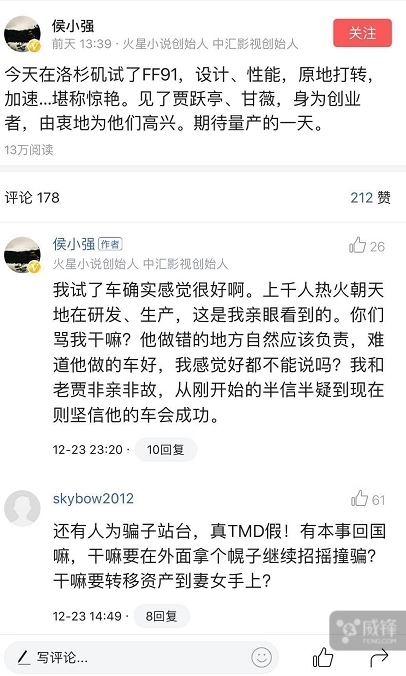 , more importantly, Hou Xiaoqiang also exposed Jia Yueting and his wife Wei Gan, which allowed netizens to explode, because Jia Yue Ting had gone to the United States alone and his wife and children were in the country at that time, which was considered to be the proof of Jia Yue Ting's coming back to China in the future. And now Wei Gan has gone to the United States, and perhaps the relatives may go together. Not long ago, Wei Gan, chairman of the Beijing Le Yang film and television media, was also openly recruiting "the chairman of life assistant (English direction"), responsible for children's English tutoring, with a monthly salary of up to 8001-10000 yuan. 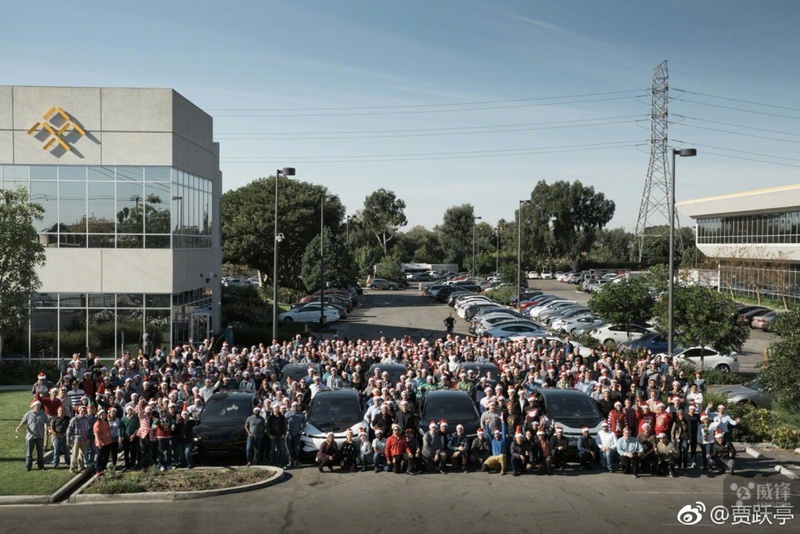 everyone heart is full of mark, Jia Yueting has also thrown up a bid, micro-blog in the sun on a suspected FF Faraday future contains all staff and workshop photos seem to announce plans to build FF91 normal, but also with the "Merry Christmas all FFer" copy, but from the photos here, the workshop should not FF in the north of Las Vegas house, should be located in California Torrance District of Losangeles research and development headquarters.

is worth mentioning that this is not the first time that Jia Yue Ting has sunk out the photo of the employees. The last time the group photo at the factory gate is not many times. But now the factory in northern Las Vegas has been empty. Oh, no, there is a doorman engineer. 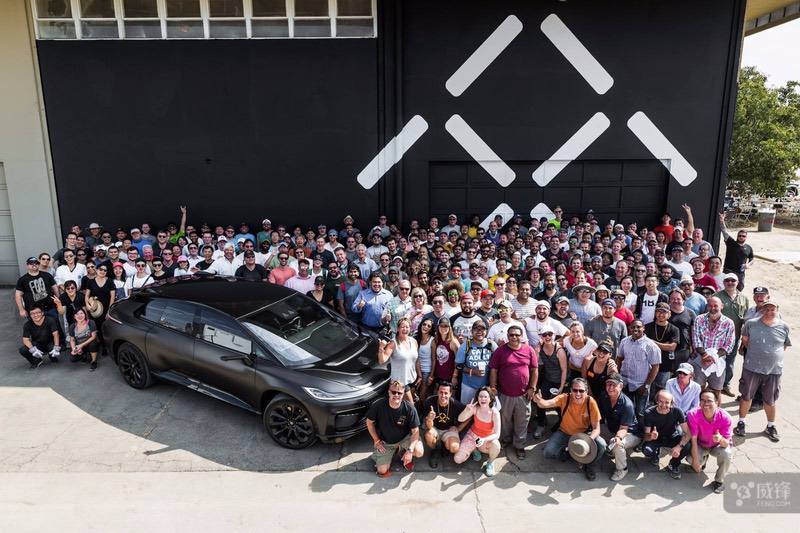