around the "new" strategy, Ali executives continue to adjust, this is Taobao and Tmall. Today (December 27th), Alibaba group CEO Zhang Yong announced in an employee's open letter that he appointed Jiang Fan, vice president of Alibaba group as president of Taobao, vice president Jingjie as president of Tmall, and two of them were 70 and 80s young managers. "The new retail journey needs new perspectives and new ideas for more young people." Zhang Yong said in the letter, in the new retail thinking, Taobao will further upgrade content, community and intelligent platform, become the base of social innovation; Tmall will be from the four aspects of the supply chain, consumer interaction, new channels, online and offline interoperability comprehensive empowerment brand as a global brand digital business transformation and upgrading of the main positions.

Dong Mingzhu is a GREE mobile platform: it's not that millet is bad, I have some you don't have

12 27, well-known financial blogger Cao rocks in micro-blog said, Miss Dong now boast GREE mobile phone platform: who said we didn't have to live on the mobile phone, selling well, long standby time, the screen is good, easily tired eyes, GREE home appliances interworking with Internet, not to say that millet is not good, I have you are not selling me? Five years ago, the leaders of GREE and Xiaomi received the award on the same stage. Dong Mingzhu faced with the provocation of millet and boldly set up a game. With one billion yuan to bet, millet could not surpass GREE in five years' turnover. It came in 2018, and it was time for the gamble to uncover the lid of the pot. Because the 1 billion yuan bets, but also because the two enterprises represent different industries, including the expectations of the future China, it is particularly noticeable. 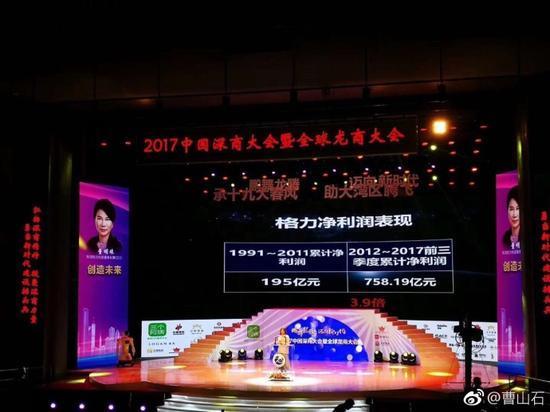 after the enterprise user is over 5 million, the nail announces the registered user to be over

12, 27 noon, Alibaba announced that Alibaba's nail CEO Chen Hang (today's name didn't recruit) announced today that the number of nail registration users exceeded 100 million. "On the 1075 day, we achieved a small goal, and the number of users reached 1 hundred million," he said. Thanks to the team of students in these 1075 days, day and night work pay. We have helped 100 million users to achieve a simple, efficient, safe, and people-oriented way of work! The road is long, let us keep the beginning of the heart, arrogance, continue to do something meaningful for 43 million small and medium sized enterprises!"

millet membership test on the line, to remove the biggest selling point of advertising

12 26, the official low profile of millet line of millet members of the limited internal test. The interface of news reporters for the first time to buy three months millet members due to monthly and annual package of rights is slightly different, their interests are currently including but not limited to: monthly subscription can enjoy 22 exclusive theme, 5GB cloud service space, 100 yuan a bag, 1000 book currency (see reading); package can get 37 sets of exclusive theme, 10GB cloud service space, 150 yuan / month, 1200 goods bag book currency / month (see reading). It is worth mentioning that both are currently supporting the "removal of advertising" function, which is one of the most eagerly awaited services for many millet users.

12 27, the surging journalists learned from the 2017 first electric vehicle green travel conference held in Shanghai that in the first half of 2017 (1-6 months), the sales and sales of new energy vehicles nationwide were 212 thousand and 195 thousand, respectively, up 19.7% and 14.4% respectively over the same period. In particular, the most energy-efficient and environmentally-friendly pure electric vehicle produced 175 thousand vehicles in half a year, and its sales volume reached 160 thousand vehicles, and production and sales increased by 30.4% and 26.2% compared to the same period last year. It is expected that by 2020, there will be more than 5 million cars in the country.

12 month 27 days, Zhejiang Geely Holding Group (hereinafter referred to as Geely) announced that with the European fund company Cevian Capital (hereinafter referred to as Cevian) to reach an agreement, the acquisition of its holdings of Volvo group (AB Volvo) 88 million 470 thousand shares of A shares and B shares 78 million 770 thousand shares. After the project delivery, Geely holdings will have a 8.2% stake in Volvo, the first largest shareholder and 15.6% voting rights. 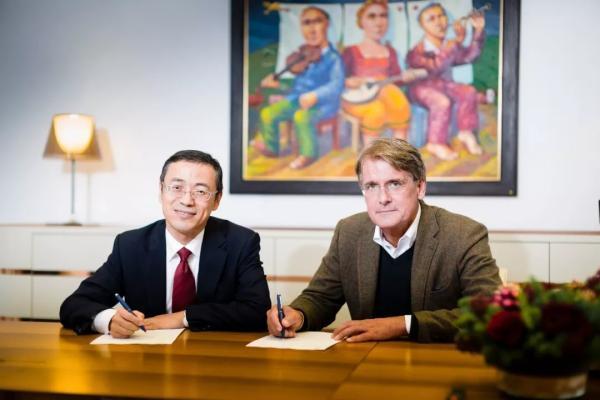 Unicom announced the streamlining of the stage results: headquarters staffing reduction of 51.6%

today, China Unicom said that the streamlining of the organization and the first employment of cadres have achieved a stage effect. One is to reduce the expectation of the institution. At the headquarters level, the number of departments was reduced from 27 to 18 in the past to 33.3%, and the staffing was reduced from 1787 to 865, and 51.6% was reduced. Two is the first recruitment of cadres. At the present time, the average exit rate of managers was 14.3% left.