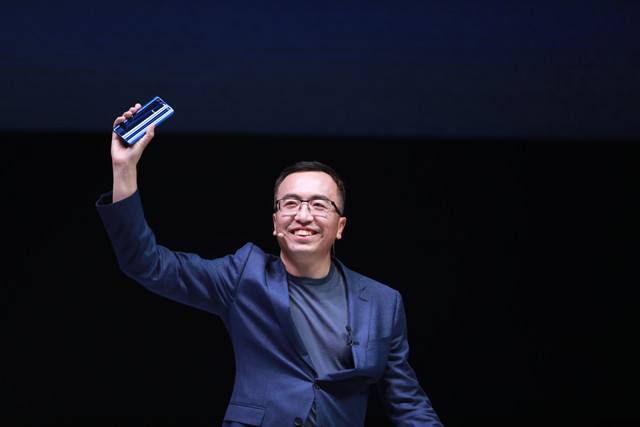 The glory of Zhao Ming

today released a letter "for the 2018, the global war, will keep the north slope of the glory of the flag inserted into the world! Internal mail. In the letter, Zhao Ming reviewed many achievements of glory in 2017. He pointed out that from 1 to November, glory mobile sales share ranked first in Chinese Internet phones, and sales were far ahead of

.At the same time, Zhao Ming also highlighted the global layout of the 2017 glory. He pointed out that in the Russian and Finland markets, Rong Yaojun won the first three achievement of the 1-10 month market share, while in the Amazon "black Friday" campaign, the glory in France, Germany and the US market achieved a breakthrough of 100%.

for the future glory, Zhao Ming pointed out that the development model will be constructed in the overseas twin engine, focusing on brand heights, covering a large population, in the United States, Europe, Russia, Africa, Turkey, India, Indonesia and other key areas, relying on the unique internet asset light model, become "three years ago, five" brand in the global mobile phone market; in 2020, the overseas market sales accounted for up to 50%.

previously, the Internet has burst "glory brand mobile phone single commission plan", this scheme means that the future will be the glory of the scale of growth in the first place, Zhao Ming pointed out that this scheme is tailored for the glory, through the incentive mechanism reform, in order to promote the glory of system evolution.

is the full text of Zhao Ming's internal mail:

for the 2018 World War, and will keep the north slope of the glory of the flag inserted into the world!

all the glorified brothers and sisters,

2017 is in the past, thank you for the creative and pioneering work force, we not only the successful completion of the annual target, and made a series of remarkable achievements, here, I want to every user of glory, every brothers and sisters, each partner, thanks!

All the greatness of

comes from a brave start. Looking back over the past 4 years, despite the challenges and fierce competition, the glory never hesitates. We have a humble heart, but never self handicapping; we respect the rules, but never go to prison, so we have a way to Shirupozhu, coronation of glory.

in 2017, the mobile phone industry moves forward in the doldrums, seemingly placid, but it changes. We see some brands struggling to survive, some brands are falling at the bottom, and some brands are going up and down, with a thrilling scene. But for glory, 2017 is leisurely speed, expanding and locking victory a year. According to Shiner data, 1 to November, mobile phone sales ranked first in the glory of Chinese Internet mobile phone sales, is way ahead; November Chinese overall market sales data, Android ranked first camp glory; and in the double eleven campaign has attracted much attention, with glory sales over 4 billion 20 million yuan will be the first in the bag industry.

2017, is the glory of the history of the new release most of the year, we also accumulate steadily year precipitation technology. Every time the exploration of the industry: with the quick step of the glory of V9, we redefine the performance level of the flagship machine should be beautiful; full of sound and colour glory 9, is to let consumers for the pursuit of the beauty of the full release of the play; full strength 7X, allow the use of thousand machines have a flagship machine experience. In November 28th, in the field of chip, system, photography, screen, audio, life long and so on, it integrated an epoch-making AI mobile phone: glory V10. AI mobile phone is the next "break wind" point of glory, and it is the "breaking point" point of the whole mobile phone industry, which has milestone significance.

2017, in this year's glorious global journey, we worked hard in a strategic focus way, and made breakthroughs in the core market, and constructed the future oriented capability step by step. In the Russian and Finland markets, Rong Yaojun won the first three of the market share in 1-10 months, while in the Amazon "black Friday" campaign, the glory in France, Germany and the US market achieved a breakthrough of 100%.

we have to face achievements with our usual heart, but we must face the word-of-mouth with a pious heart. In 2017, the average rate of 98% from the glory of the product, some products even reached 100%, it is not only a number, behind every praise, stood a full of expectations for glory and affirmation of young people, we are very cherish to win the honor, because it embodies all the glory of human effort and user give our love. We must thank the consumer group and BG leaders and colleagues to honor development of each key nodes and decision support, and 2012 laboratories, Hass, R & D, the full support of the supply chain department. The progress of glory is the full embodiment of the competitiveness of the whole HUAWEI system.

thank you and love glory.

2017, the glory of the year was beyond the market expectations, and in reason, it was a natural and unexpected result. Because the strategic direction of glory has been very firm, we will never spend resources on non strategic goals, and never envy and follow any strategic plan.