original title: Ma Huateng admits computer stewardship and other product promotion violations that have been required to rectify 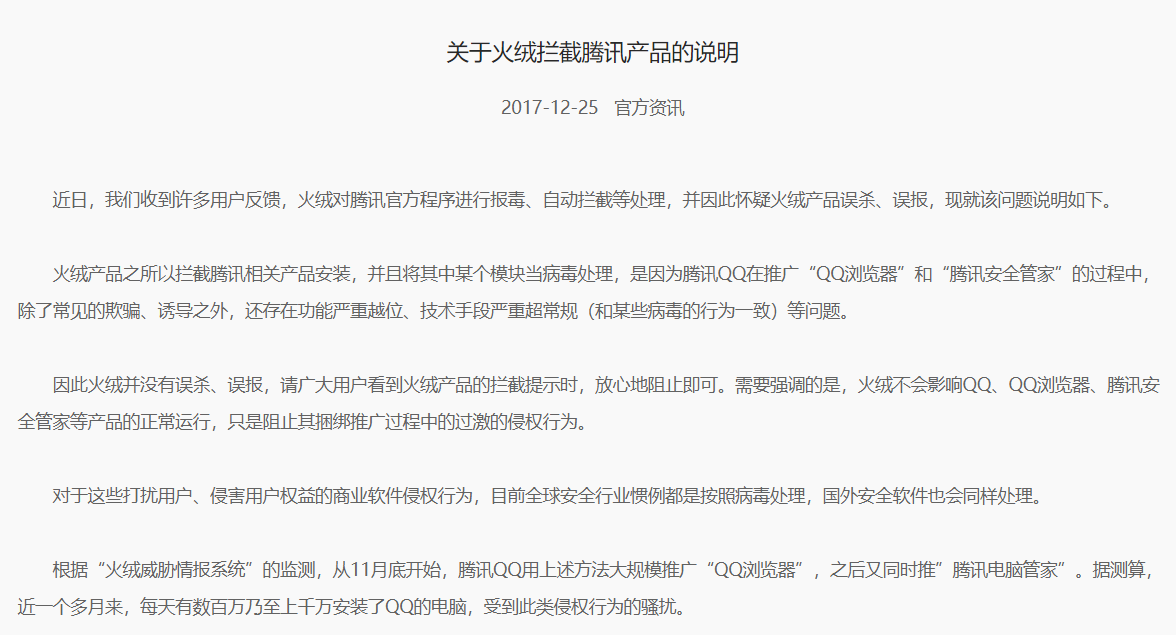 days before the tinder security software program of Tencent official reported toxic and automatic interception processing. The user therefore suspected tinder product manslaughter and false positives. Tinder the release notes that the Tencent intercept tinder products related products installation, which is a module when dealing with the virus, because Tencent QQ in the promotion of "QQ browser" and "Tencent security manager", in addition to induction of deception, common, there are serious functional offside, technical means (super serious consistent behavior and some viruses) etc..

is not so tinder manslaughter, false positives, please the majority of users see the tinder products intercept hints, can stop safely. Needs to be emphasized is that the normal operation of the tinder will not affect QQ, QQ browser, Tencent security housekeeper and other products, just stop the excesses of bundled promotion in the process of tort.

, for these commercial software infringements that disturb users and users' interests, the current global safety industry practices are processed according to viruses, and foreign security software will also deal with them.

according to "monitoring tinder Threat Intelligence System", from the beginning of the end of November, Tencent using the method of large-scale promotion of "QQ browser", and then at the same time push Tencent computer housekeeper". It is estimated that over the past few months, millions of computers have been installed with QQ every day and are harassed by such violations.

to intercept a tinder Tencent official program, Ma Huateng in the circle of friends responded that this Tencent has self-examination, admitted that the Tencent team violations, and claims to have strict rectification and apology. 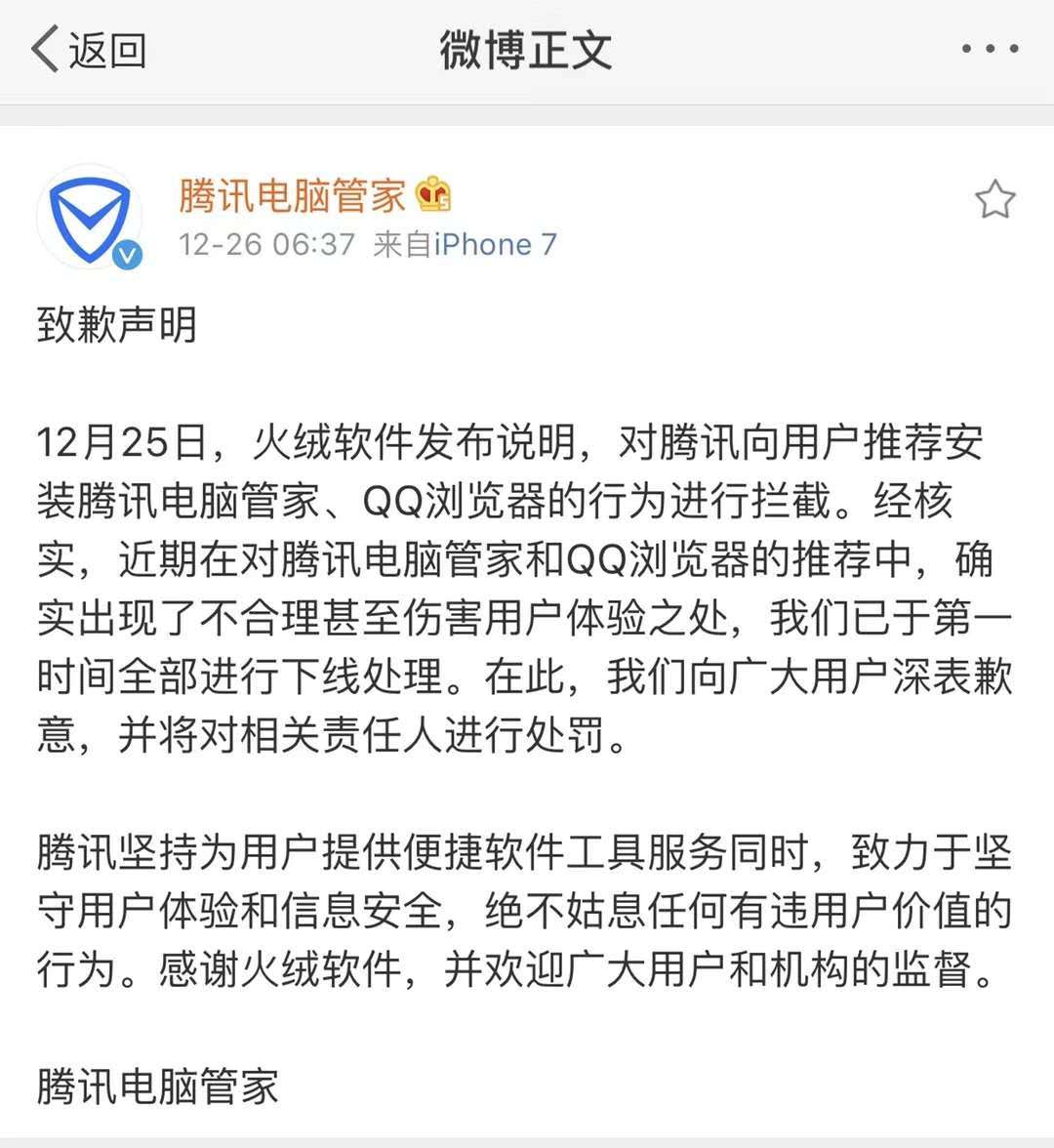 technology, is a tinder personal and enterprise security team. The team members are mainly from the pre - Swiss technology team. The introduction of the personal edition tinder security software also uses free promotion strategy, has been doing enterprise related business.