in turn, the Christmas of 2017 has come again. Christmas is a religious festival, and it is also a traditional Western holiday. With the development of reform and opening up, the spread of Christmas in China is quite rapid. The years of eating apples, Christmas hats, sending Christmas cards, attending Christmas parties and Christmas shopping have become part of the life of the Chinese people. However, this year's 180 degrees of turn, people's enthusiasm for Christmas seems to be a sudden fade. When I came to the busiest Hefangjie Street scenic spot in Hangzhou, I found there was no Christmas atmosphere. 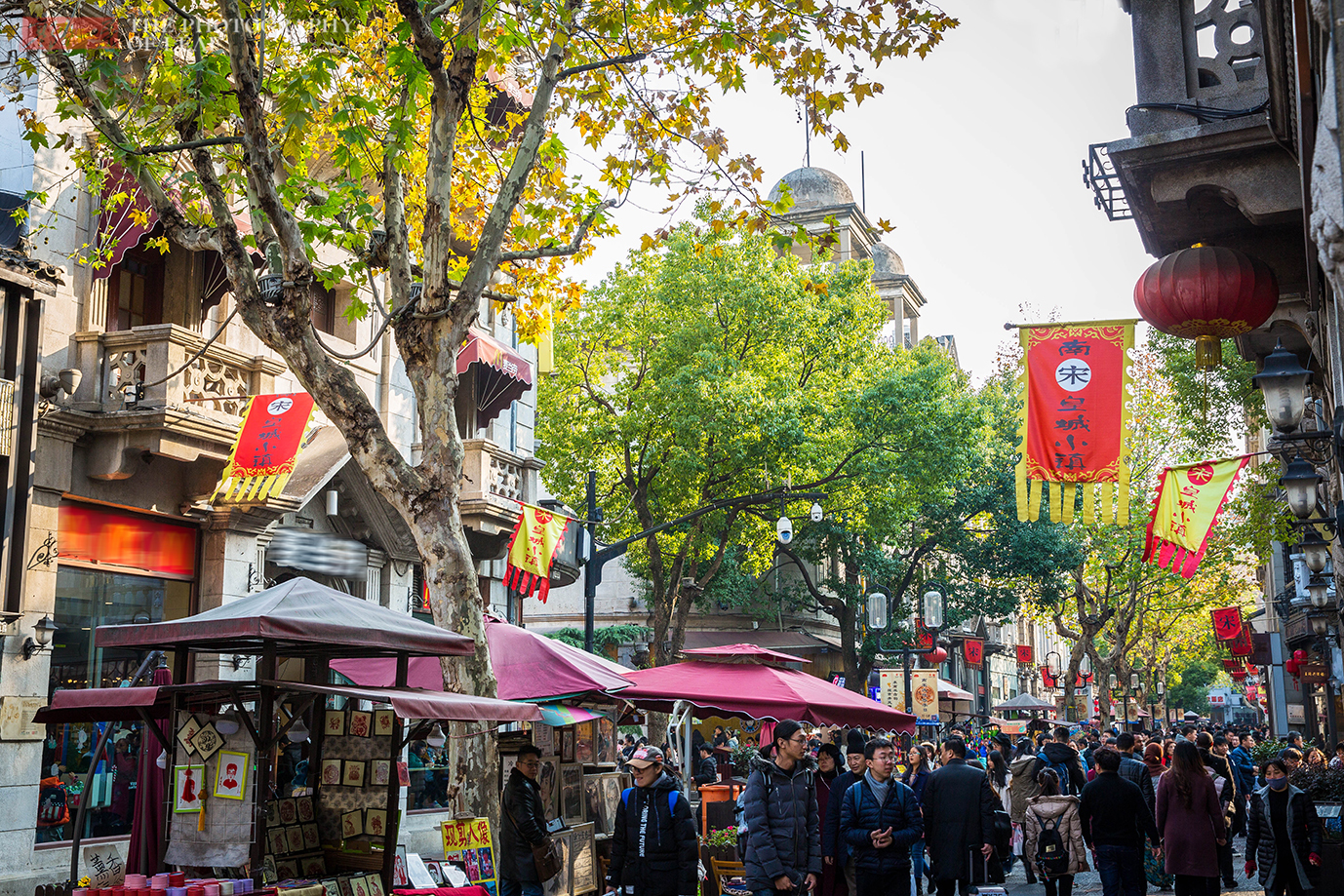 in recent years, Chinese people seem to be more keen on festivals and festivals, especially when some foreign festivals have become the most busy times in shopping malls, hotels, restaurants and scenic spots. So I came to Hangzhou's most popular in Hefangjie Street, because it is the weekend here is still crowded, bustling. 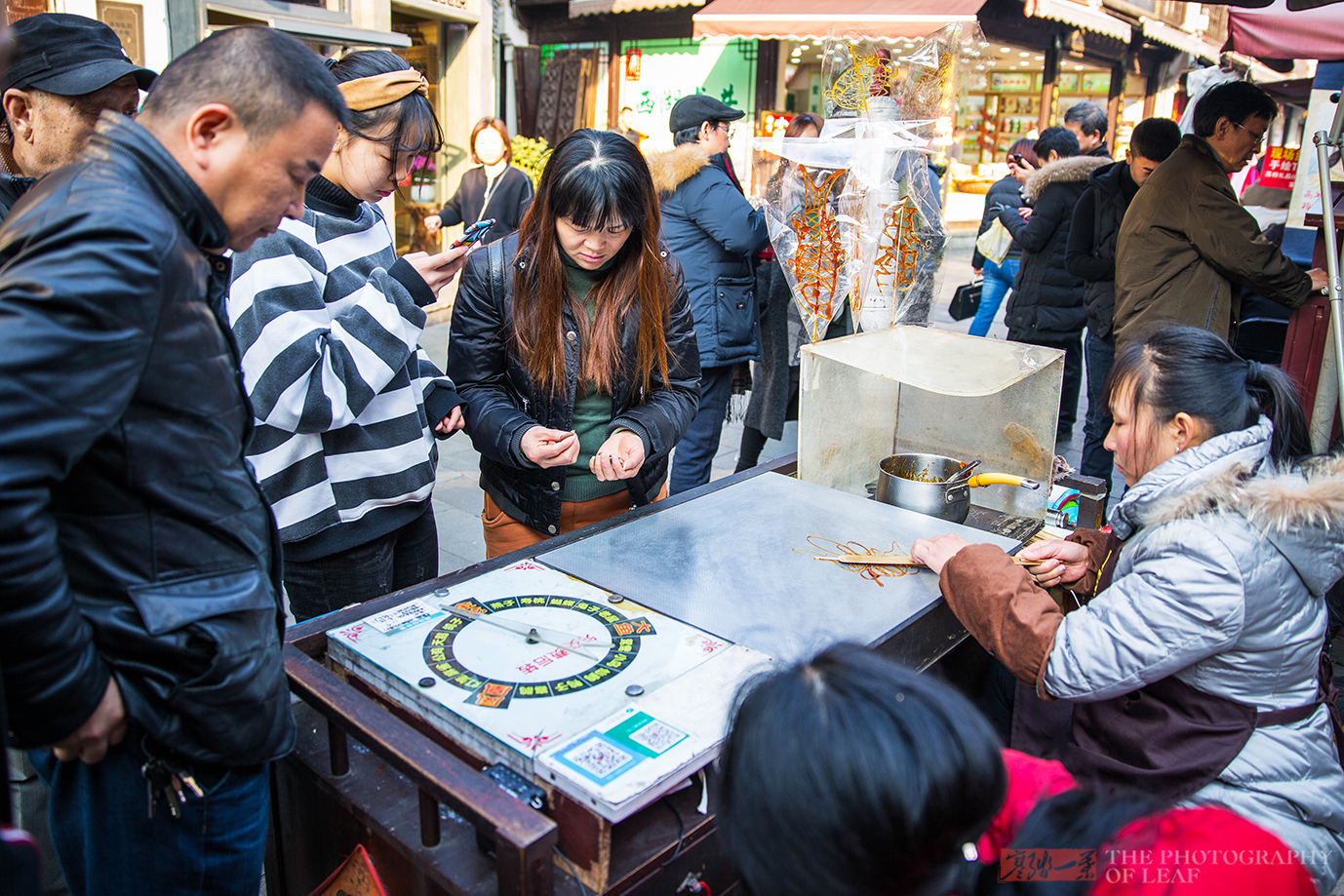 Hefangjie Street is a long history and rich cultural heritage of the old streets. It was the ancient capital of Hangzhou "huangchenggener", is the Southern Song Dynasty cultural center and trade center. Now the visitors to Hangzhou have to go to the scenic spots. 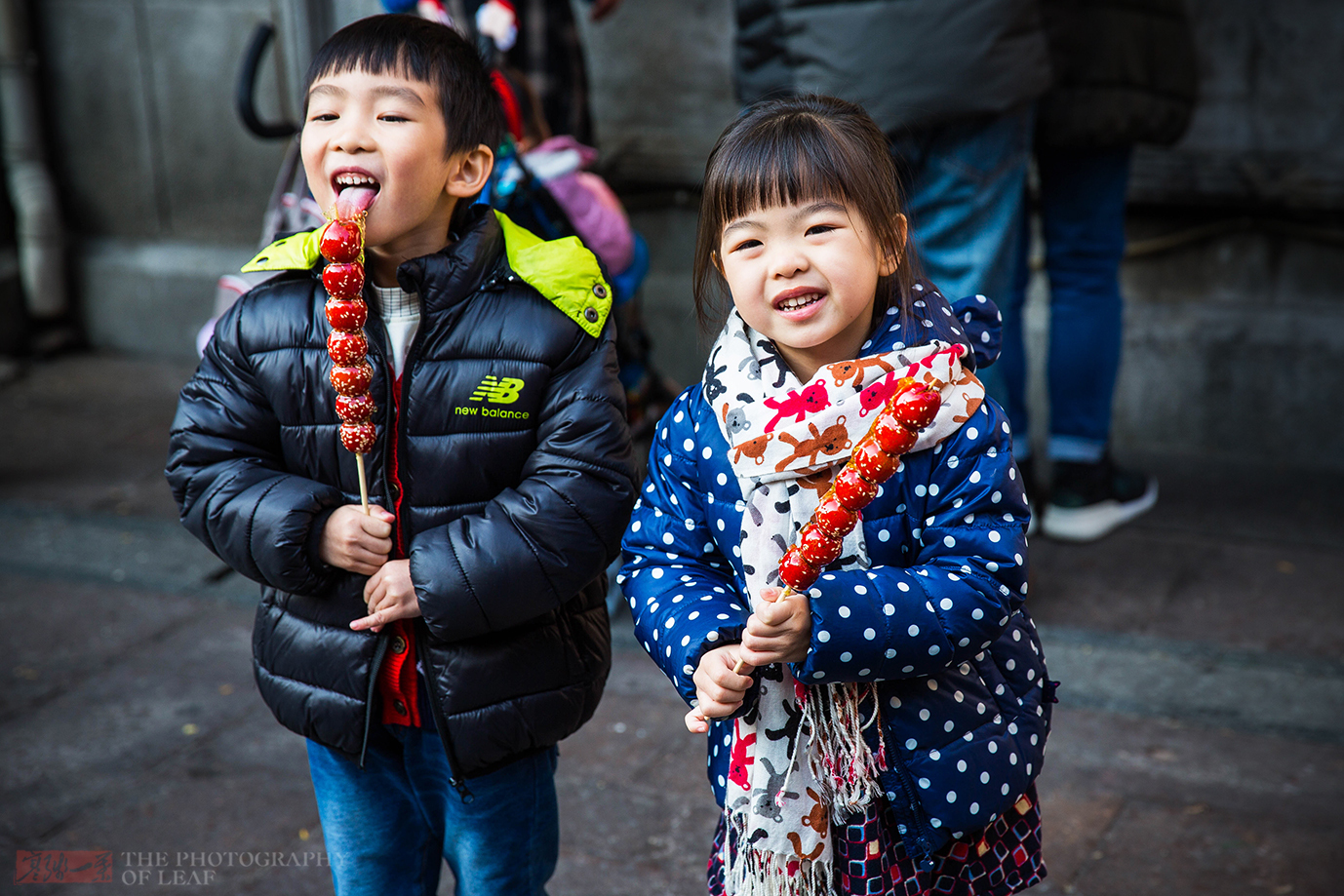 perhaps businesses have not deliberately created a Christmas atmosphere. You can't feel a Christmas atmosphere in Hefangjie Street this year. Tomatoes on sticks, cotton, sugar, sugar, sugar painting raree show pinch... These Chinese... Traditional temple program has become the first choice for tourists. You seem to have forgotten that today is Christmas, and there is a feeling of visiting the temple fair in the new year. 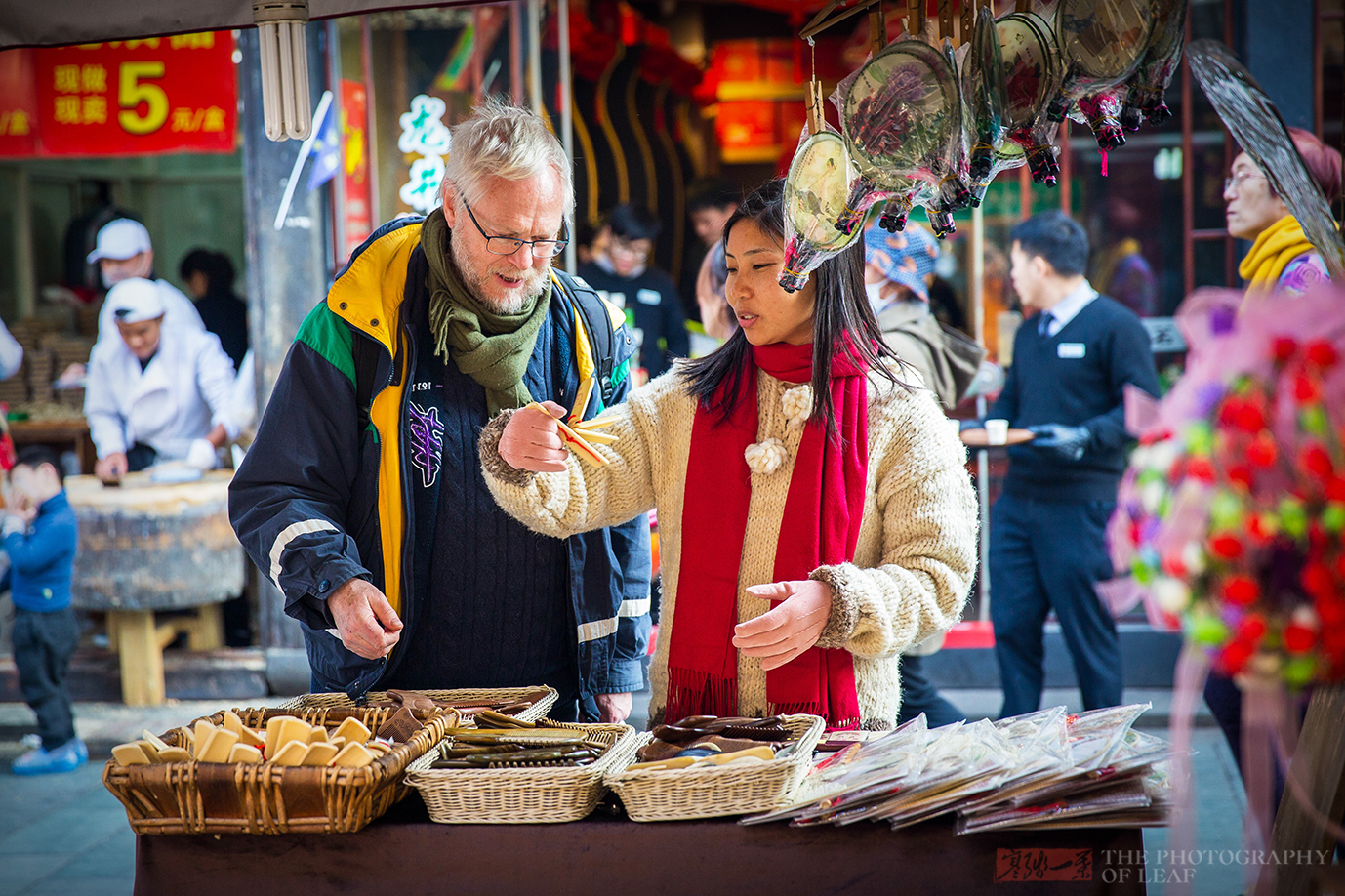 seems to have forgotten their foreign friends should be Christmas, was attracted to China culture, this small piece of bamboo let him surprised, put it down.

Hefangjie Street is a gathering of folk artists from all over the country. Each of the stalls here has its own characteristics. The stall, which uses various plants for various animals, attracts tourists of all ages and sizes. It seems that in addition to the foreign festivals, Chinese traditional culture can also move people. 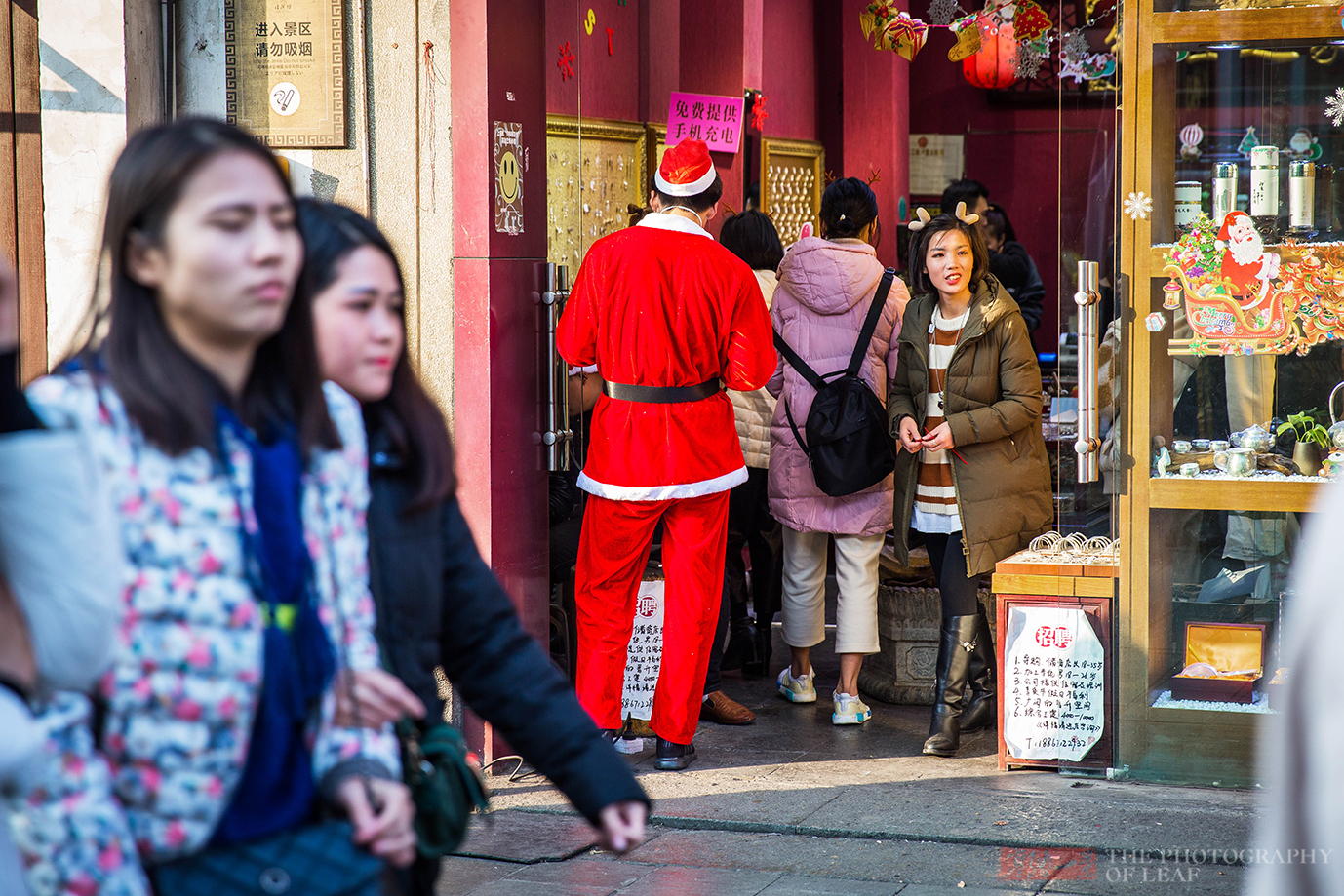 , this is the only "Santa Claus" that I found in Hefangjie Street on the two lap. His dress didn't bring visitors to his business, or even nobody looked at him. It made him feel a little frustrated. 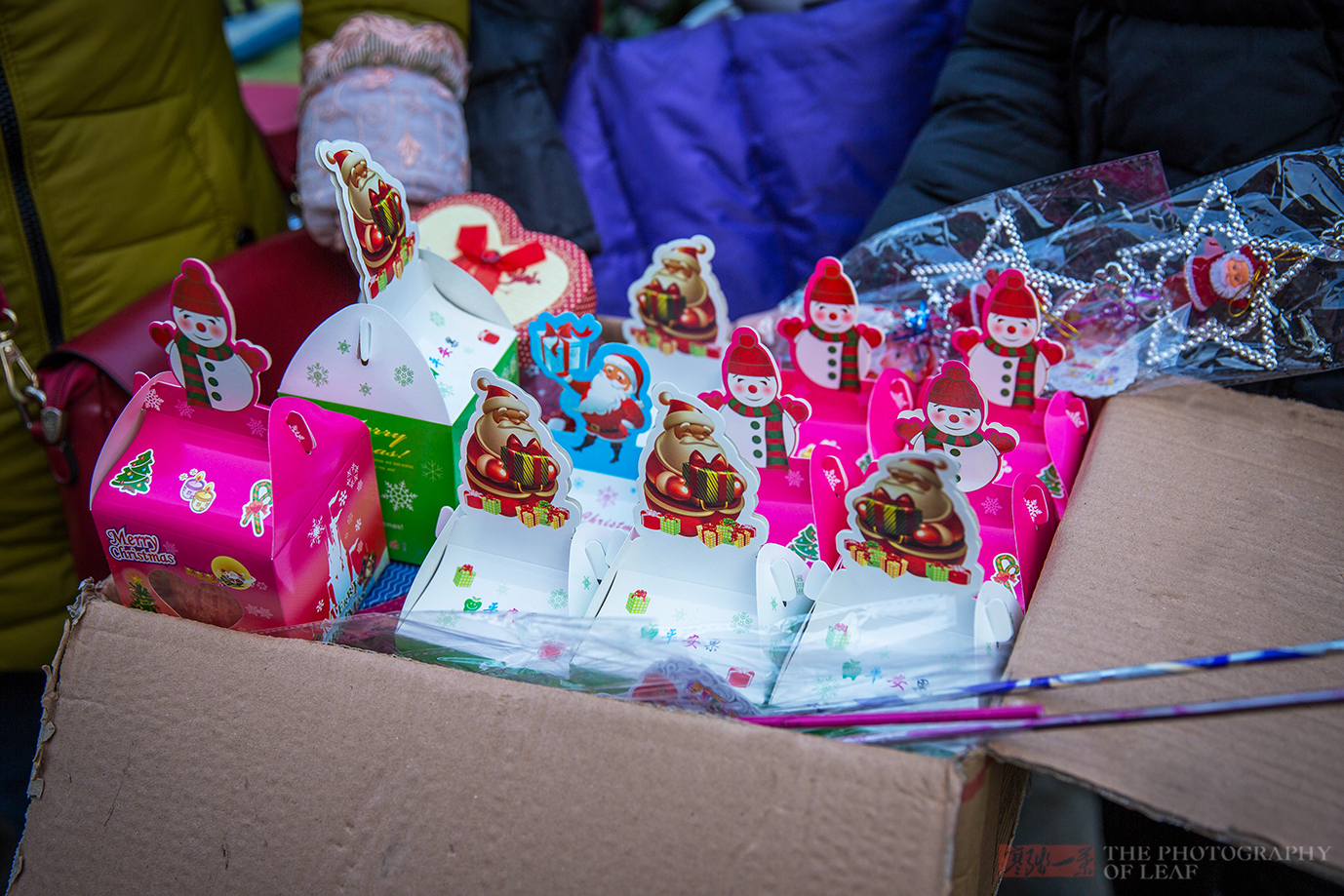 is also the loss of the "safe fruit" of the stall. In previous years, this simple package inside an apple, on the night of peace, but to buy, the price is also high. However, this year the day did not sell 10, which makes an ample supply of goods stall some be taken by surprise.

Author: a leaf of cold (photographer, traveler, self media).

2016 headlines for the first year of the year.

From: 热衷于过洋节日的国人这次变了！圣诞节一下被冷落，平安果滞销
Translate by: Baidu Translate .