original title: under the hot issue gaming led, game developers came to a record high of

[Technews] electronic sports science news how popular? BusinessInsider reported that some 300 million people are interested in gaming, is expected to 2020, this number will increase to nearly 500 million people. As a new generation of the host, launched the tournament to attract more and more audience to join, game developers have also risen to a record high price. 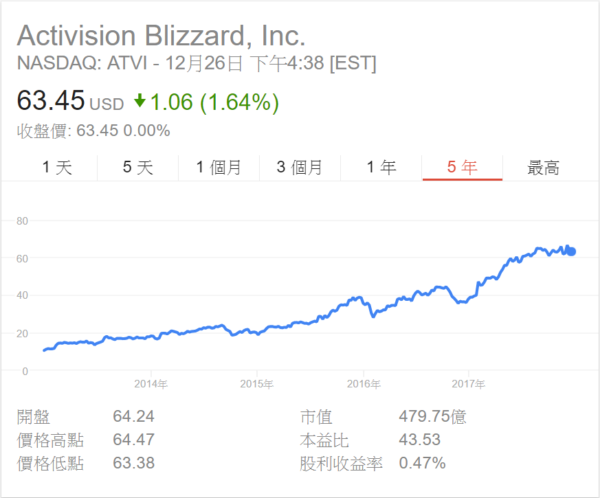 in the gaming industry attention, Activision's digital business revenue growth, the latest quarterly revenue of $1 billion 350 million, accounting for 84% of the total revenue.

the reason for such growth, Activision also thanks to the September launch of the first person shooter game "heaven 2" (Destiny 2) was warmly welcomed by the researcher NPD Group noted that although sales time is not long, but the game has been recognized as the best-selling console games in 2017. 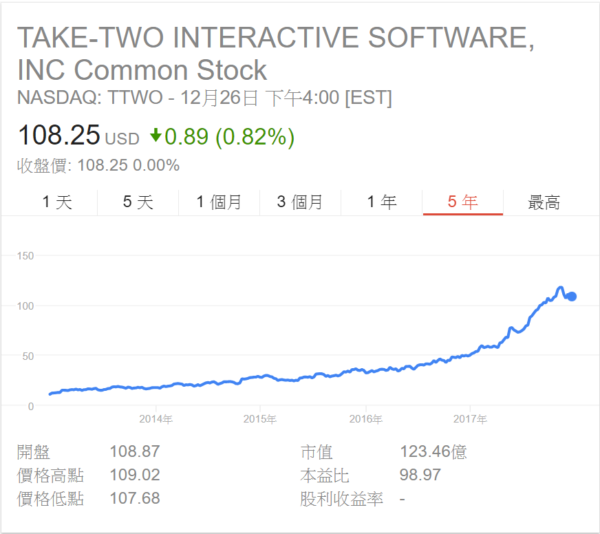 Take-Two launched NBA 2K18 in September this year, and in less than a month, "NBA 2K18" has become the best - selling sports game this year. Goldman Sachs (Goldman Sachs) pointed out that Take-Two is in the "sweet spot" of the game's release period. The second quarter's performance has directly increased the total forecast of Take-Two's annual adjustment.

, besides NBA 2K18, Take-Two has also begun to be noticed about new content such as Grand Theft Auto, and then they start bringing existing games to new hosts, which will help to increase game revenue.

because of the lower fixed cost (fixed costs) and continuous future profit of the video games, the future of EA is very good. Since the beginning of the year, investment institutions have chosen to increase EA's share price by 50%, while EA's performance is pretty good. In the second quarter of 2017, EA sales increased by 21.7% to 689 million US dollars compared with the previous quarter, and net loss also narrowed to 22 million US dollars.

but the latest "interstellar war: Battlefront II" was launched, but EA was out of condition. Because some famous characters in the star wars were not able to participate in the game at the beginning, they had to play dozens of hours to earn enough game currency to unlock. When the Reddit forum heated discussions, EA's official reply made the situation worse.

EA replied that it is "to provide players with a sense of pride and achievement to unlock different heroes", and this response received more than 670 thousand negative reviews, setting a record of Reddit. Although EA has promised to make some changes, the negative effects have not been restored.

in the "star wars battlefront" II launch day, EA shares fell 2.5%, analysts are starting to cut the expected price target on the stock, as of the end of November, EA lost about $3 billion worth of shares.

in addition to the game developers in the gaming industry attention, many manufacturers have put into development.

(Amazon) in the 2014 acquisition of Twitch, the largest platform is network game live, while YouTube and Faceit gaming Township company signed an agreement to broadcast ECS occupation league. Microsoft and Karp (Capcom) choose to develop game market by investing in games such as the last 5 Wars: the guardian and the decisive moment: black action.

such as Coca-Cola, Red Bull, Pizza Hut and American Express are continuing to explore, try to enter the market occupation eSports game. With many Mobile Games project to become the tournament, the gaming industry in the future will continue to increase the audience population estimates.

to present the growth of the number of games and League, broadcast platform will be increasing demand, competition has become the key to meet the audience and the game, and the number of audience growth not only provide League prize pool demand for enterprise brand publicity, product offers opportunities.

From: 在火热的电竞议题带领之下，游戏开发商股价来到历史新高
Translate by: Baidu Translate .