is the largest water plane currently in research, and officials say AG600 can be used in forest fire fighting, water rescue, and so on. However, many netizens also believe that their greater role is for cruise and transport missions in the South China Sea Islands. The AG600 itself will be able to land under the wave condition of less than 2 meters, plus landing gear landing on the scattered islands in the South China Sea. 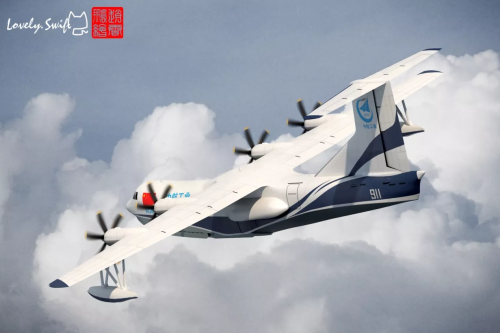 but now it seems that everyone is the AG600 as a partial transport rescue tool, and other aspects of the expansion of no more attention. Today, we have a brain hole from the point of view of tourism. If AG600 is born for passenger travel, what can be made?

, in fact, the manned aircraft on the water plane is a very common thing. Pushing the history forward for 100 years, we can see that there are large numbers of people who use the water plane to carry people's transport. At that time, many people also believe that landing on the water will be safer than landing on land. Especially some long-distance transoceanic routes, because of fears that the aircraft encountered fault, can not find a suitable landing site, will use the water on the aircraft to fly.

the largest water plane in the history, Hughes H-4.

compared to small water aircraft, AG600 has a larger body and can have more space for expansion. However, because of its large size, Xiaobian personally believes that its breakthrough in civil aviation is not the way of ordinary civil aviation platoon. After all, most of the airports that need such passenger flow have airports, so there is no need to transport passengers through the form of aquatic aircraft.

, however, we can still change our way of thinking, why can we not convert AG600 into a "air cruise", from a tourist point of view, to achieve the same value? 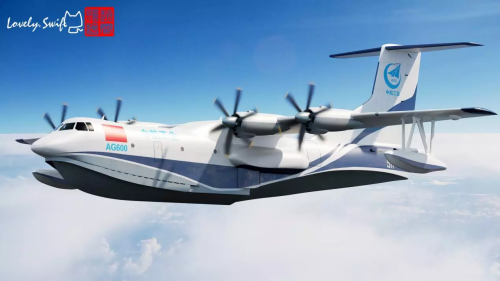 air cruise is not a new concept. Many long haul and airship routes were called "air cruise ships" decades ago. From the point of view, the most famous is the Boeing 314 - "flying shear" aircraft, with its luxurious, stable atmosphere design became worthy of the name "air cruise", with the affluence from the United States of the Atlantic or across the Pacific ocean.

said, now the rapid development of science and technology, over the ocean is a very inefficient and very troublesome thing sat the propeller aircraft, but from the perspective of high-end tourism, carrying out a selling point or thing to buy a AG600 into the air sleeper travel across the ocean. 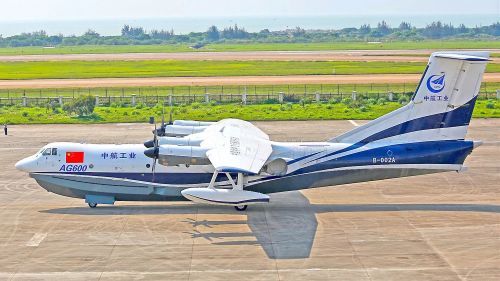 we can explore the possibility of turning AG600 into "Titanic" from many aspects of space, aircraft performance, and route.

is not as good as Boeing 314, the AG600 space is not small. According to the official data, its interior space is slightly smaller than that of the Airbus A320 cabin, and the height of AG600 is also low, with the possibility of being converted to double deck.

Boeing 314 has a restaurant, a rest room, and a passenger's bedroom. All the designs refer to the popular transoceanic and transoceanic yachts.

here, AG600 can also refer to the design of Boeing 314, the middle part can be designed for passengers to exchange air bar, room, restaurant. The tail and top can be used for the unit.

uses the middle part as the active space for most occupants, considering the greater space between the middle and the lower part of the middle part, and more suitable for providing a double deck platform. The tail can be used as a toilet and a kitchen, and the top is the lounge of a long distance unit.

however, the aircraft in the interior of the decoration, and aircraft sealing, noise resistance must be moderately adjusted to make it more suitable for travel.

AG600 if there is a problem, to be devoted to the passenger, also need to re arrange their own window position. The number and location of the porthole is not suitable for aircraft may travel. We can see that the Boeing 314 position and space layout are in agreement with the port, if the AG600 to become the "air ferry", must go through professional custom. After all, no one wants to watch a wall spend a long time in the air.

, a lot of Internet users flown slowly and fly low, which is a shortcoming of the objective existence of water aircraft. But through modern science and technology baptism

From: 我们规划了一条AG600的水上旅游航线
Translate by: Baidu Translate .