original title: Jia Yueting has no car without a car, no deposit and no deposit couple in the United States 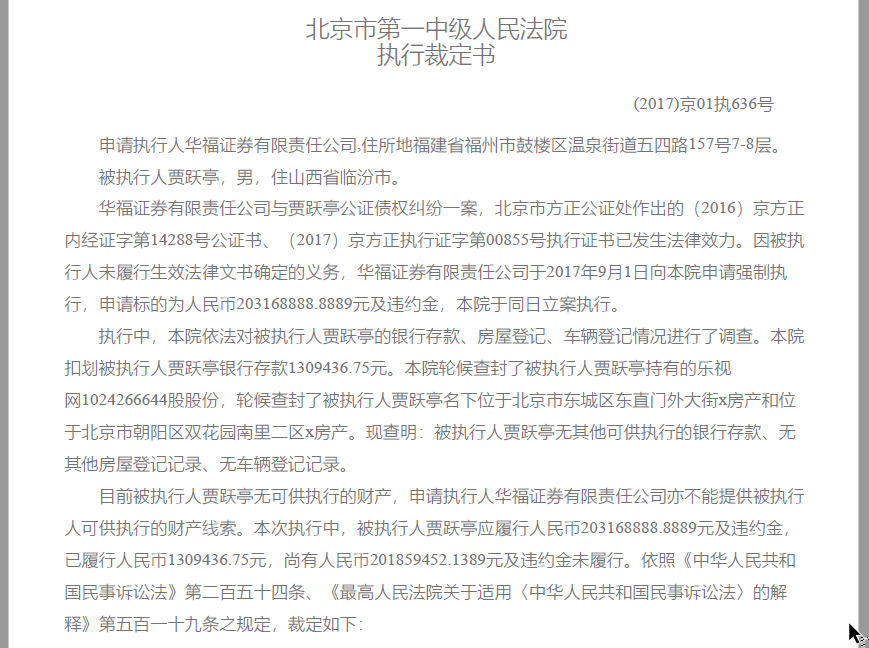 12 month 25 days, Beijing court trial information publication of the Huafu securities limited liability company notary document execution ruling. The ruling shows that in the case of the dispute between Huafu securities limited liability company and Jia Yue Ting notarized creditor's rights, the first intermediate people's Court of Beijing carried out an investigation into the bank deposits, housing registration and vehicle registration of the executor in accordance with the law in the execution of the first intermediate people's court of Beijing. After the implementation, Jia Yueting's name has no car, no room and no deposit.

ruling shows that Jia Yueting should continue to fulfil his obligations after the end of the implementation procedure. Such as the discovery of Jia Yueting has property for execution, Huafu securities to a court for execution again.

at the same time, the Beijing securities regulatory bureau also issued a notice on the 25 day ordered to return the time limit to return to blame. Beijing securities regulatory bureau said that in order to protect the legitimate rights and interests of investors and listed companies, ordered Jia Yueting in December 31, 2017 before returning home, and earnestly fulfill the duties of the actual control of the company, the company cooperate to solve the problem, the safe disposal of the company's risk, and effectively protect the legitimate rights and interests of investors.

previously, Beijing securities regulatory bureau has issued a letter of regulatory concern to Jia Yueting, asked Jia Yueting immediately to see the attached, risks of safe disposal of the company. Since then, the SFC has also passed to Jia Yueting many times through the listed companies to meet the requirements of returning to the country, but it has not taken relevant action so far. The notice said, Jia Yueting in the investment and financing business for car stranded overseas, the control of existing debt related companies listed companies, has not yet returned, related to a serious infringement of the legitimate rights and interests of the listed company and the interests of the investors, extremely bad social impact.

in the home before the deadline ordered Jia Yueting assumed responsibility, the Beijing securities regulatory bureau has sent a letter to Jia Yueting, sister Jia Yuefang ordered to take corrective measures of administrative supervision. According to the information disclosed by music network, Jia Yueting promised in May 2015 that he would partially reduce the income from LOtv's stock, and lend it to the company as a daily operation fund. The loan period is no less than 60 months, and the interest is not exempted. In July, Jia Yueting made an additional commitment that after the repayment of the listed company, Jia Yue Ting's capital will be used to increase the stock of LETV in six months from the date of receiving the repayment.

Jia Yueting had a total of two reductions under the above commitment, with a total net transfer of about 4 billion 720 million yuan. In the 2017 half year report of the music network, the music network has returned all of Jia Yueting's borrowing.

has been listed by the third intermediate people's Court of Beijing by the third intermediate people's Court of the listed company according to the bulletin of the listed company's music network. At the end of July this year, Jia Yueting in all the shares LETV have all been frozen. The main reason for the freezing is that Jia Yueting is responsible for the property preservation caused by the personal collateral guarantee for the financing of the mobile phone business.

news shows, the original grand literature CEO, Mars novels, film, gold in shadow technology founder Hou Xiaoqiang in the afternoon of 23 by micro-blog revealed that he was FF91 in Losangeles drive, and met Jia Yueting Wei Gan and his wife. Wei Gan said micro-blog had previously certified the whole family in Beijing, and share the music building by LETV mobile phone positioning. 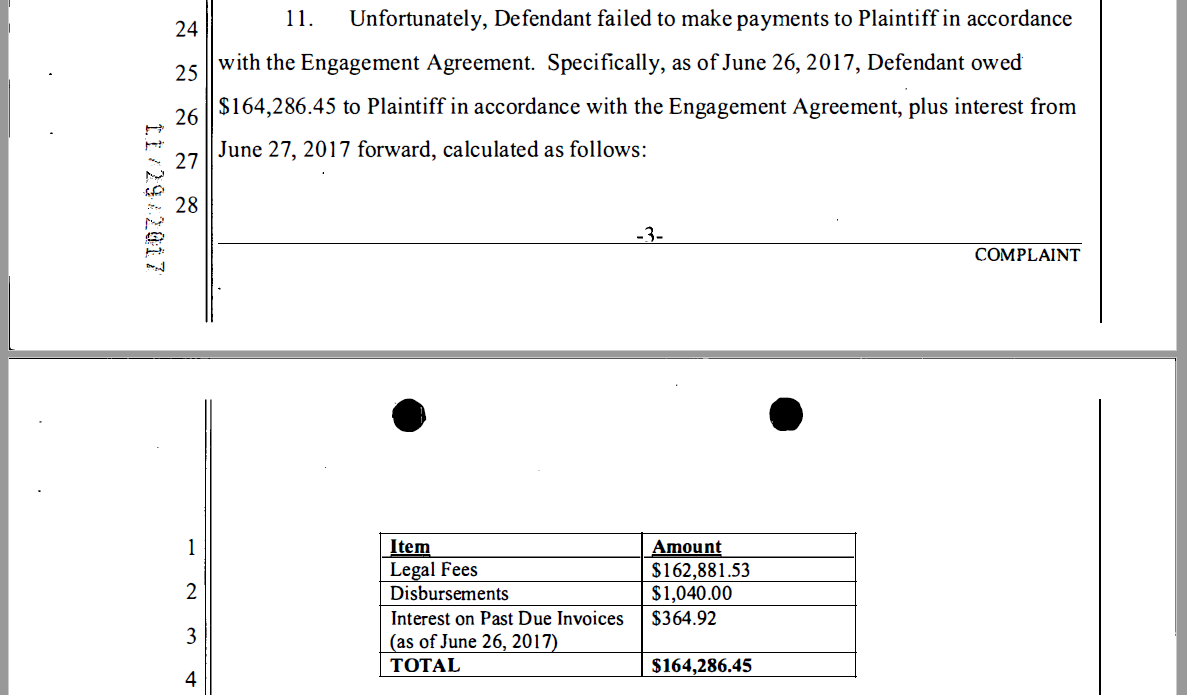 , according to Sohu's technology news, by the end of November 29th, in early 2016, Faraday, a lawyer who had commissioned a lawyer to deal with Transformers film licensing disputes in early November 29th, still had about $160 thousand in arrears. return to the Sohu, see more