original title: why inflated income into the central enterprises "preference"

Tan Haojun, a fellow of the China Federation of non-performing assets, 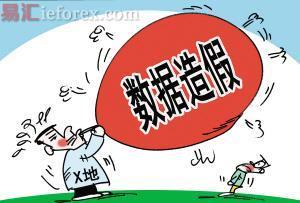 audit found for the performance of 18 central enterprises is not real, inflated income of about 200000000000 yuan, the auditor general Hu Zejun said on December 23rd, the statement of the accounts have been adjusted to 179 billion 88 million yuan, repaying recover illegal funds 31 million 598 thousand and 200 yuan, 149 people deal with punishment.

as everyone knows, in June this year, Hu Zejun in the "2016 annual report to the Standing Committee of the central budget implementation and other financial revenue and expenditure audit report" disclosed in the audit of China petroleum, Sinochem Group, shipbuilding group and other 20 central enterprises, 18 enterprises have found that take the fictional business, artificially increasing the transaction adjust the report links, etc., in recent years the cumulative inflated income 200 billion 160 million yuan, profit of 20 billion 295 million yuan, accounting for the same period, revenue and profit 0.8%, 1.7%. Since then, according to the audit requirements, the relevant central enterprises have made careful rectification, diaozhang the tiaozhang, specification, repaying repaying, to recover, the majority have been rectification, relevant personnel also received treatment and disposal.

The key to the problem of

is that, as a central enterprise, why should we falsify the data and increase its income? It is necessary to know that the false increase of income will lead to the distortion of statistical data, which will lead to misleading effect and influence macro decision-making. If it is not good, it will also cause the loss of state-owned assets. If it is a listed company, it will also affect the interests of investors, and make the investors lose the data because of the distortion of the data.

we say, to ensure the reliability of the data, is the enterprise, especially the central enterprises must follow the basic principles, basic requirements, but also must meet, from the actual situation of these years, data fraud seems to have become a common problem, the capital market will be the phenomenon of fake data, daily life will appear the data fraud phenomenon, as the eldest son of the Republic "of the central enterprises will also appear the phenomenon of false data. More importantly, data fraud is not a very few enterprises, but most enterprises. Especially in this audit, the proportion of data counterfeiting enterprises is up to 90%, which is worrying.

said that although the central enterprises inflated income for many reasons, such as improper accounting, financial personnel business level is not high, however, since it is the central enterprises, according to the management level and ability should be higher than the general business, financial personnel business quality are relatively strong, why will appear the inflated income and other aspects of the problem, more cases may be subjective intent, rather than objective negligence. The focus should be in two aspects: one is related to the salary assessment system of the central enterprises. Because the good or bad of the performance is not only related to the salary of the operator, but also closely related to the salary of the staff. Good performance, high salary, poor performance, low salary. Why do some of the managers and employees of the central enterprises have higher annual salary, some are lower, some welfare is better, and some welfare is poor? The reason is that there is a large gap in the salary of the enterprises. In particular, the operators, the income gap is quite wide. Even after the salary reform, the executive compensation of administrative appointments can't break through 600 thousand, but the internal gap is also existing. As a result, some enterprises will not hesitate to play the idea of performance; two is related to the "official career" of the operator. According to the way of selection and appointment of operators, performance is still the main reference for managers to promote reuse, whether they can go to higher and better positions, and whether they continue to promote their use. Naturally, some operators do not hesitate to make articles on their performance in order to attract the attention of the decision-makers. As a result, it is unavoidable to produce false impulse of data. 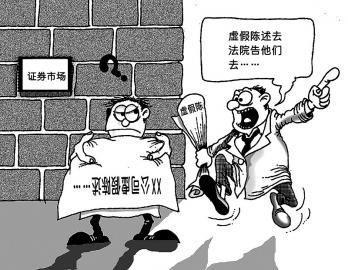 From: 虚增收入为何成央企“僻好”
Translate by: Baidu Translate .