"Live for eating and drinking"? What does he have to do with this game called "Subnautica" and "deep sea Trek"? Why are players spontaneously leaving messages in the Steam community to commemorate him? After reading this short essay, which is less than 2000 words, everything will have an answer. 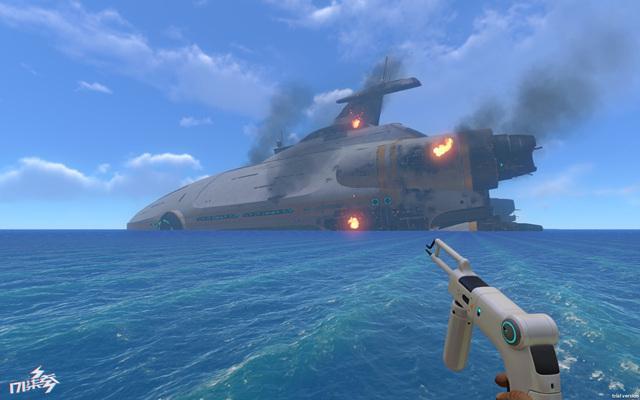 this is a single game. At the beginning of the game, you were on the Mothership and faced with a dangerous situation. At the critical moment, you sat on the rescue capsule and tried to escape. When a piece of iron flew up, it hit your brain hard, and you lost consciousness in the dark. When he woke up, it was found that the capsule was automatically popped out and landed safely on the sea, and the carrier had fallen off (about 1000 meters). There is a little tutorial to teach you to use things, and then you are in a state of extreme loss: I am an astronaut, I am forced to go to sea, but what am I going to do next?

, with this question, you climb out of the lifeboat, and you have only an endless sea, except for a heavy smoked mothership. The water is shining and waves are coming. You realize that there are no friends around, and the voice is coming from radio. The rescue team will take about 6 hours to get there. (later, you will find they will never catch up). What should I do? Since there is no resources on the sea, go and find it in the sea. 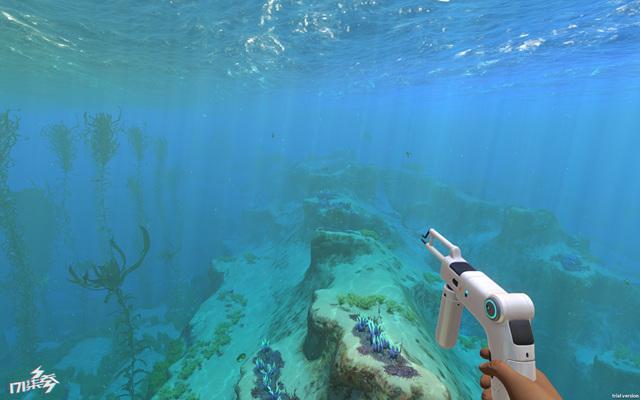 game is a "open life class game" that takes place in the ocean and takes place under the water "to collect & build". There are a lot of similar games, such as 3D's "ark. Survival and evolution," and 2D like famine. Since it is underwater, you will meet many kinds of fish, coral, shells, and the need for oxygen. For those who are accustomed to the surface life, the landscape in the game is very bright. In addition, its pictures, time changes and light and shadow effects are excellent, but it is not suitable for people who are afraid of the deep sea or are afraid of the dark. The middle of the night dive down to 30 meters in front of the basic dark (if you don't have a flashlight) can only see the huge seaweed, moonlight as twisted as the ghost around. If you then encountered some strange fish such as reef fish -- made strange mournful sob, almost be scared. If someone gives up, it is normal, without remorse. 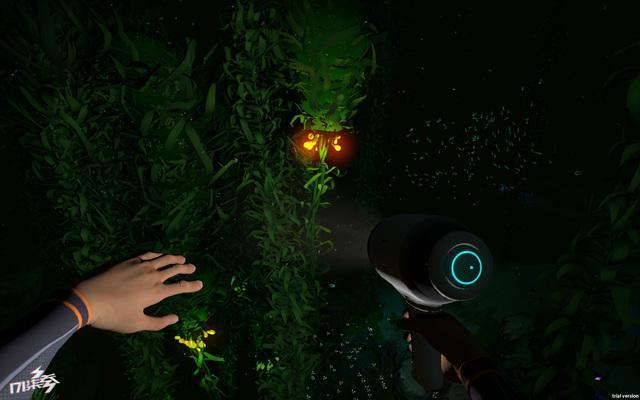 opens the flashlight, it has a range of 5~10 meters in the range of

but if you get through this, there will be a new, shining new world in front of you!

enters a strange 3D game, and the first thing you think about is "what can I get", "what can I attack"? The answer to the latter question is not optimistic, even late in the game to play, you can use the weapon is very limited, often rely on a knife fight (can be upgraded into high-tech fire). In addition to the fierce and brutal enemy of the enemy, it will be very tragic for the hard and rigid to go down. In other words, this is not the kind of Rambo killing game, is a real "survival" game. 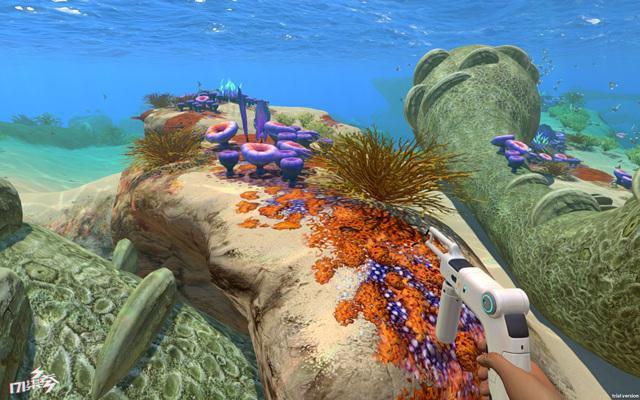 but the answer to the previous question is quite colorful. First you can hold your breath for 15 seconds, can only collect mushrooms in shallow water acid. With the renewal of equipment, you will carry oxygen bottles, gas pipelines, installation of fins, propulsion, power, or even take the robot personally created a large submarine, traveling in the sea! You can get all kinds of minerals and materials, can catch fish, can learn the new blueprint with the scanner (formula) and even DNA and scanning biological breeding! That is to say, in theory, the moving creatures you see can all be raised or planted by themselves. In addition, you can build your own base, a floor foundation, build barns, as long as you have the patience, your theory base is the whole piece of a vast expanse of water!

, of course, the underwater world is beautiful and dangerous. At first you will only meet small explosive fish (don't be too close!) After a further exploration, on the pipefish stab you just like a swimming Zhao letter or Pan Sen. There is a vacuum cleaner fish will be sucked you toward the bottom, but you carry oxygen is limited, when the gas is not so fast one, the heart can not tell the worry -- but not what way, only let it take you past waving a knife after sucking it away. The most horrible thing is a strange fish / monster looking like a big sea star. It sounds like a trumpet. It should be a small Boss. When I met it, it was

From: 一位胃癌游戏人离开了我们，留下这款游戏，STEAM玩家为他疯狂刷屏
Translate by: Baidu Translate .