the Yangtze Evening News. Purple cow news is not authorized to reload

or retain the right to pursue legal liability

many people may have an impression of Ji Xingpeng's name. Yes, he is 4 years ago shocked Nanjing Sai international murder case. The purple cow news reporter exclusively learns that he has been sentenced to death for two years, and now there is a great possibility of being revoked and changed to the death penalty immediately. The reason is that he was in jail during the five violence of other prisoners, two people injured, first causing minor injuries occurred within the probation period, and judicial investigation during the judicial organs causing minor injuries to the behavior, he once again hurt the other prisoners, and causing minor injuries. In this regard, the Nanjing middle court believed that Jetion Peng was a "unbearable transformation" and sentenced Ji Xingpeng to three years in prison in late November of this year to destroy regulatory order. At present, Ji Xingpeng has appealed, the verdict has not come into effect. Once the decision has come into effect, the Supreme People's court will be submitted to the Supreme People's court for approval, to revoke the probation and to execute the death penalty to Ji Xingpeng.

2012 in May 8th, the defendant and the victim Ji Xingpeng Xin Xin (a pseudonym, female, who died 22 years old) registration of marriage. After 3 months of marriage, Ji Xingpeng and others suspected of our affair, the two conflict, and several dispute. The evening of April 24, 2013, when drinking with friends, Ji Xingpeng listen to friends about the rumors of an affair with another person of our. The next day at 6 pm, Jetion Peng drunk home, a dispute with friends on the matter of our. dispute, Jetion Peng chopper, fruit knife on our head, chest and back, limbs and other parts of the slash and stabbed dozens, died on the spot due to our. During Ji Xingpeng's murder, his father dialed 110 telephone calls, and the police seized it at his residence.

this case has caused great concern in the society. In April 18, 2014, Ji Xingpeng was convicted of intentional homicide. Nanjing intermediate people's court believes that Ji Xingpeng's crime is extremely serious, deserved the death penalty when. However, in view of the marriage and family disputes caused by the case, the case can not be carried out immediately. Finally, the central court of Nanjing sentenced Ji Xingpeng to death for two years, depriving the political rights of life for life and at the same time verdict on its restriction of commutation. In August 30, 2014, the Jiangsu Provincial High Court ruled that the above criminal judgment was approved. In September 15, 2014, the adjudication of the second instance was sent to the defendant, Jetion Peng, and in September 25, 2014, Ji Xingpeng was sent to a prison to serve his sentence. 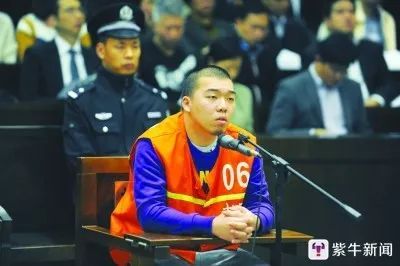 limits the commutation to 50 years old to get out of

the so-called "limited commutation" is the new content of the criminal law amendment (eight) passed by the Standing Committee of the National People's Congress in 2011, and the specific content is placed in the second paragraph of the fiftieth criminal law. According to this clause, there are three categories of subjects to restrict the reduction of penalty:

was sentenced to death with reprieve of recidivism;

three is a crime of violence organized crime were sentenced to death.