original title: China only carved Buddha soil 18 times after the earthquake was one of the world's largest intact! 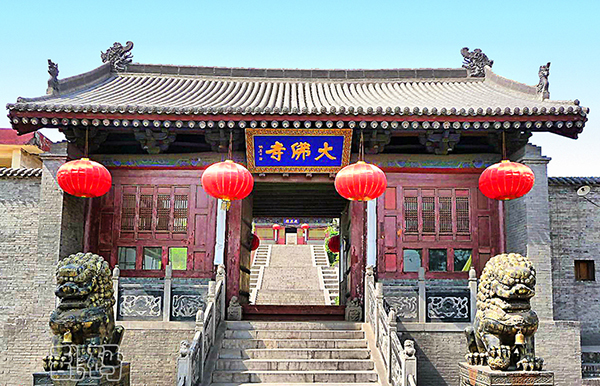 was built in the Jin Dynasty emperor two years (1142) on the high cliff of Jishan large Buddhist temple is located in Shanxi city of Yuncheng province Jishan County, a temple dedicated to more than 20 meters high, 6.7 meters wide soil carved statues, in Dragon Chongyao, known as "Buddha town three counties (Jishan, Xinjiang, Hejin). The name, known as" the best in all the land carved Buddha soil". 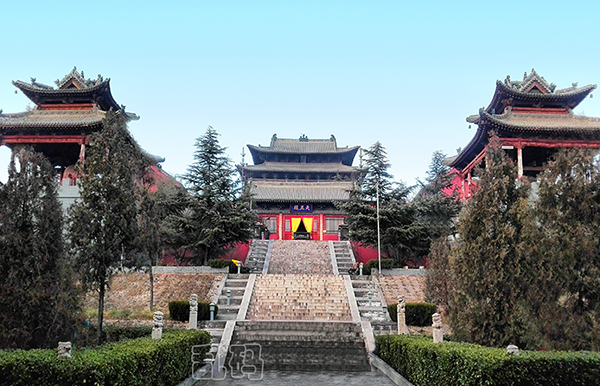 entered the gate and pick up order, in front of Maitreya to worship the Buddha Hall, symmetrical on both sides of the bell tower and the drum tower known as the eight of Jishan in the Ming dynasty.

king the four kings statue looks solemn, true to life, is a rare treasures carved in Yuan dynasty. Four kings is the four Buddhist gods of the twenty heavens, was also China Buddhists as a symbol of "the good" fairy worship. 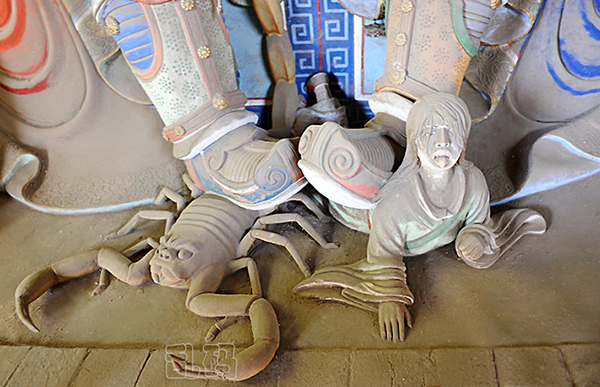 pay attention to the little man at the foot of the four heavenly kings. It is said that the four human desire is "object", in order to avoid this kind of evil, four kings of the foot of the four kinds of characters representing the "wine, color, property, gas", a symbol of boundless Dharma for sentient beings from evil, and guide people to the right path. 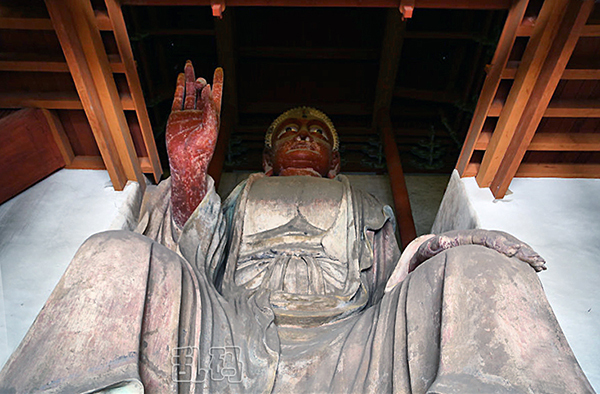 main hall, a statue dedicated to the cliff and Great Buddha carved soil, binocular head, smiling Buddha drooping left hand to help in the left knee, the right hand is that india". In the presence of such a huge statue of Buddha, the visitors were born in awe, and the time seemed to stop at this moment. 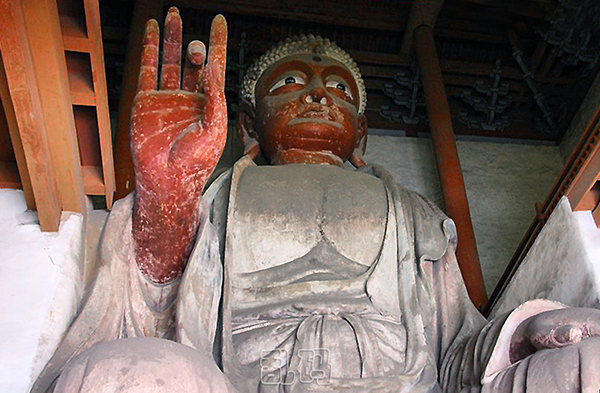 according to "Jishan county" records: seven yuan positive (1347) "the fissure water bay, the fall of the city housing collapse, but the Buddha sound"; Jiajingnianjian Shanxi eight earthquake destroyed the city wall of Jishan County, and the Buddha ", Jishan has a total of 18 earthquakes occurred, but the Buddha stand tall, intact, apparently with luck has not been able to explain. 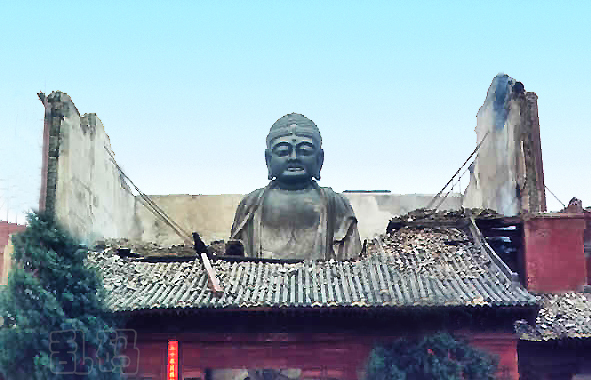 2004 in May 1st, the temple was struck by lightning fire, wooden building only ashes to ashes, the Buddha from the temple intact, the famous pilgrim worship of clouds, waves. The local folk rumors that the soil is the Buddha, the same as the heaven and earth, can not be broken. (picture from network)

Jishan Buddha body pure loess carved, than Yungang Grottoes's largest Buddha even higher, living in the ancestors of China North Loess Zone on the Loess crops, not only the use of housing, but also to create such unbelievable cultural wonders, one of the world's largest. 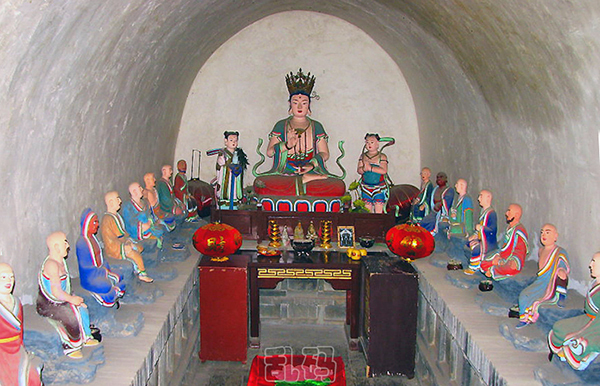 main hall on both sides as well as cut in the Yuan Dynasty Wang ten holes and sixteen luohandong. Inside the cave, the Bodhisattva and the sixteen Rohan, the statue is lifelike and well preserved, for the fine quality of the sculpture of the Yuan Dynasty. The temple is free to visit. Every year, every year in the 20th day of the first month of the Chinese lunar calendar, the residents of the temple fair in Jishan will go to burning incense and praying for blessing. Welcome to WeChat search subscription number ranma96 read more original article " return to the Sohu, see more