original title: UFO to visit the earth? This is not 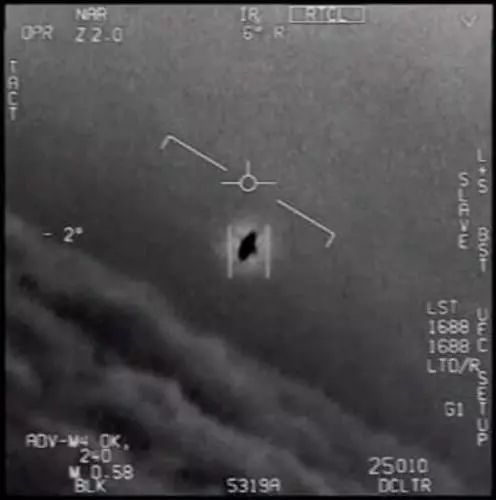 , the British "Daily Telegraph" reported recently, the U.S. Department of defense "advanced aviation threat identification plan" before the official Elizondo said the secret department has found "beyond reasonable doubt" UFO events (i.e. "UFO"), and the technical level of aircraft do not appear to us, nor any person on the earth ", but" these UFOs never showed hostility".

UFO has always been a topic of science fiction preference. But is there a real UFO?

Naaili sang many so-called UFO version of events, looked up, actually the former officials did not say what. The reporter directly quoted so-called revelations to speak, just repeat the common features of the online UFO events (high speed maneuvering, exceeding the speed of sound is not a boom). So the former official, "nothing to say," did not provide any evidence to convince us of what he claimed.

One of the features

the report exposed, this is said to visit is the hotspot of UFO "near nuclear facilities and power plants", actually this is the hot earth military and "hostile forces" of concern, if has a high science and technology of extraterrestrial civilizations to visit earth, don't care about these already very mature technology factory the little secret, clever, high school students can get the complete information from the library.

, a smart speaker, said, "we are understanding the principle of operation." Indeed, the biggest bottleneck of aviation and aerospace technology is actually that the basic science and technology principle has not yet been broken. For example, today's rocket propulsion still relies on chemical fuel, and even nuclear power is not used much. However, the history of the development of science tells us that such a breakthrough in basic principles is difficult to achieve through secret research on secret funds.

and the U.S. Department of Defense said in the end of the cold war has many restrictions on the use of funds, the military research is actually quite transparent, even Snowden broke the news, could not see the worth of scientists interested in information; now even NASA study such serious aerospace technology sector, even in to carry out "science fiction" to promote technology research is also more concept (related NASA report is open). as a matter of fact, scientists have always been very concerned about the research of the UFO. Unfortunately, so far, there is no real evidence to show that extraterrestrial civilization visits the earth. Those so-called UFO data are mostly optical ghost images, special cloud and light, aerospace launch, ordinary planets, and even some fake images. It is interesting that, with the development of aerospace and cosmos detection, the concept of extraterrestrial civilization is becoming more and more popular in the public. Therefore, there are more and more so-called UFO reports.

, on a Q & a website, I saw a very good question: why is the UFO event less and less? Today, with more and more advanced technology of mobile phone photography and video technology, This is a reflection of a core element in the related research: more and more clear images, so that we can quickly determine what it is. Moreover, with the development of social media, more and more professionals can provide professional advice, and let many other kinds of events fail to ferment.

in the "Daily Telegraph" the news, people in the west coast of the United States is a false alarm, they saw a light turned into a huge fish pattern, light there is a continuous rotation of the object, many people have to shoot video uploaded to social media, exclaimed is not alien to the earth. In fact, it was the spectacle of the abandoned rocket in the dark sky after the launch of SpaceX's Falcon 9. . "From: UFO造访地球？这事不靠谱
Translate by: Baidu Translate .