After the birth of the new rune,

once, the flow of money has sprang up a hot trend. From the recent Korean winning to watch, stealing money flow in today's version is still the most popular choice. From the initial flow, stealing captain EZ, the development of today's Russian Lloyd, head, have brought up the stolen money flow trend. So, where is the strong position of stealing money, and does everyone apply it? Here we are to analyze the strength of a wave.

Is it difficult for

to steal money? In theory, it's very simple. After the application of a skill, the next attack can trigger the effect of stealing money. The Rune of some long hand mages is very easy to trigger.

EZ has a long distance POKE for Q skill plus W skills, and sometimes it needs to cooperate with a general attack, which can trigger the effect of stealing money. So, steal money flow EZ is a perfect fit for all properties, with a range of advantages of skills gap, so can be a perfect fit for several versions of stealing runes, occupy the first place. 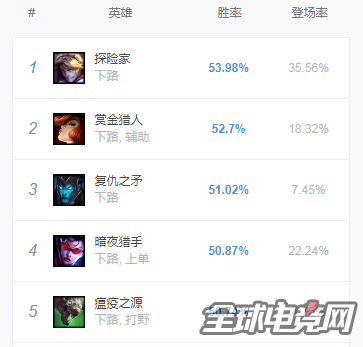 however, the captain and head is also a perfect fit? As a close battle, the two should look at the line heroes, which may be a little bit difficult. So, for the top two heroes, it seems that the triggering conditions are a little bit harsh and not so ideal.

summary: hand long wizard or AD triggering conditions are easier, but the short hand is relatively difficult to trigger, and the conditions are slightly harsh.

second, steal money that can be stolen.

in the new edition of the new version of the birth, the slogan of stealing the captain of the money flow is "three items in 13 minutes." Of course, this is just a statement, but after my own test, the captain of stealing money can make three earlier, which is also related to the setting of Rune:

stole money and loans, which can make the equipment be the fastest.

loan character effect: it allows you to add extra gold coins and use it in advance. So the use of stealing money can make the three phase

form as soon as possible

so from the angle of stealing the flow of money, stolen items of the T1 level, of course, are gold coins. Of course, luck can't always be so good, so we simply divide the stolen items into an important degree:

does not occupy the grid, the stolen can be used immediately, the line is added to the general, but the effect on development is very good. The gold coin combined with the loan can quickly roll the equipment advantage, and the skill mixture can improve the skill level by 1 levels, and the price ratio is very high.

T2 level: that is to steal

reply, for the help of the line depends on the situation. If it is to play the captain, EZ with a drug not many heroes, goods is The more, the better. reply. But for this kind of dog is sometimes drops out corruption hero, due to the use of corruption potions potion is not used at the same time, so the relative effect is not immediate.

T3 level: that is, the stole type, but it needs to look at the time point.

various agents, such as anger mixture, iron and steel mixture.

The gain effect of the

agent provides a gain to the hero in the battle, but it is not the best for everyone. If it's a soldier, steel