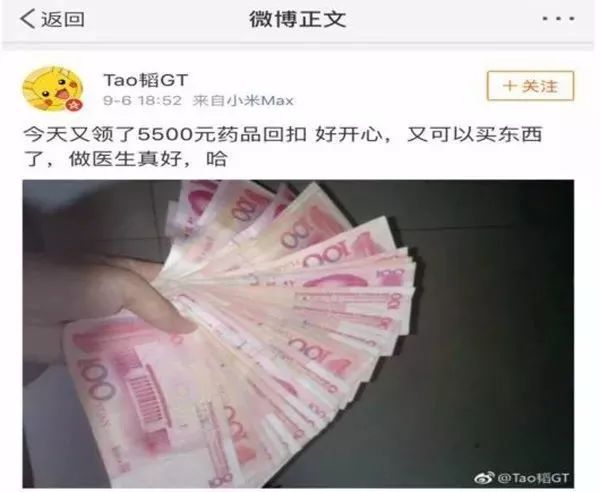 this picture is a micro-blog screenshot

@Tao Tao GT profile shows that the "Jiangxi Nanchang", as "the second hospital of Nanchang city". Beijing time reporter found that from his micro-blog released a "self portrait of the most handsome" self view, headphones, nose rack black rimmed glasses, wearing a black T-shirt, black shoulder bags, dressed very fashionable, the age should be under 30 years old . 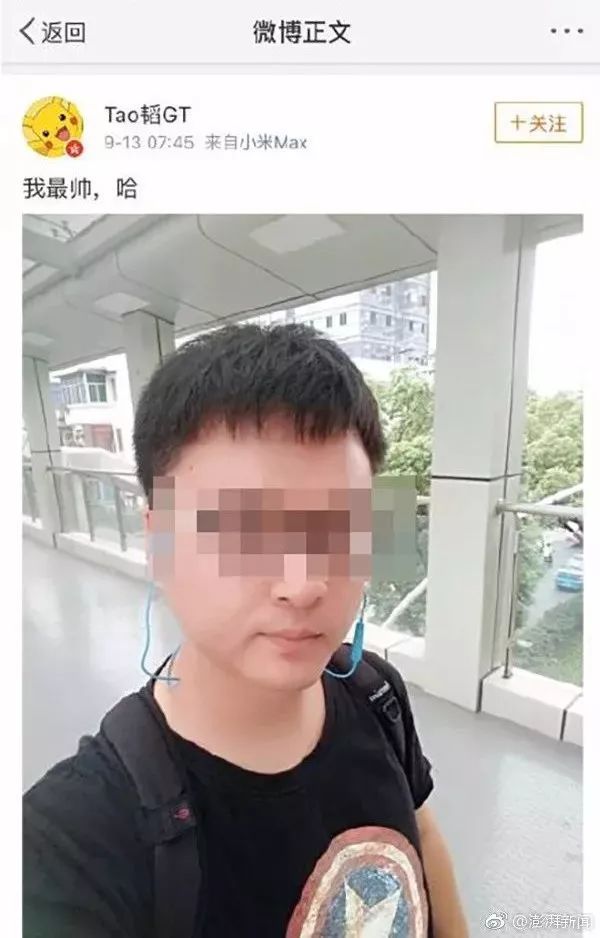 26 PM, Beijing time reporter private letter @TAO Tao GT, but not its reply. Subsequently, the reporter learned from the second hospital of Nanchang city propaganda chief @TAO GT Tao Kelon, real name Gong Tao, is the 120 hospital emergency doctor. Long Ke Long said that 17 days later today, when the hospital discovered the public opinion from the Internet, it immediately decided to suspend the investigation of Gong Tao by the Discipline Inspection Commission of the hospital. After the investigation is out, it will be released to the public in a timely manner.

in the evening reply: eating kickback message is not real

China Jiangxi network reporter contacted the Nanchang second hospital complaint hotline. A staff member of the connection said after knowing the situation and looking at micro-blog, the hospital did have "Department of general surgery". But whether the micro-blog netizen is a hospital worker, she still needs to investigate. She said she would immediately give information to the hospital office, and reply to it as soon as possible after verification. At 17:50 on the same day, the reporter learned that the Discipline Committee of the second hospital of Nanchang has been involved in the investigation. At this time, micro-blog has deleted the kickbacks of the men's high-profile sun medicine.

19 30 pm, the second hospital of Nanchang on the matter reply reporter said: after verification, the doctor is a doctor in our hospital gangchangke Gong Tao, has been sent to the 120 emergency stagnation in pre hospital , after investigation, the Internet is not true, I say is fun, pictures from the Internet, the people have been posting explain the situation.

at the same time, the doctor in micro-blog updated his blog at the same time. He said, "I have been working in the hospital for the first aid, and I have been engaged in the 120 job. I didn't get a kickback. As for my hair that micro-blog is pure joking, pranks, the picture is online Baidu search, no other meaning.

In addition to the micro-blog

kickbacks, Chinese Jiangxi network reporter also found that September 9th one of his micro-blog: "after the reform, we should make a turn, great, very happy, the more we outpatient, higher wages, ha ha ha, my BMW car is coming, so excited."

: the people of those from black to expose doctors kickbacks shady, but users do not understand his self black.

blob love life : This is not so handsome,

gbh452513907: man, you're going to fire!!! Circle of friends are you in such a high-profile fire Providence will not forgive!

little people are also human 2012: an emergency doctor takes so much at once! What about a department doctor? More! Check out completely, see if there is no hand! Don't hand out rewards!

inlin grocery shop : to tell the truth, there is no problem with the kickback. As long as a doctor has a good health care, after all, the doctor's income is low and hard. But you're a little bit out of the sun...

Zheng katydid 52: This is why one of the drugs in your

Su Shanghai: I doubt if he is using his own money in micro-blog, how else to explain his IQ?

Yang Hua oO: we have not received, you dare to bask in a flagrant way

happy : take care of the doctor, or there's no one to be a doctor,

From: 医生微博炫耀“又领到药品回扣好开心”，只是开玩笑？！
Translate by: Baidu Translate .