original title: Transnational beggars on the Sino Burmese border: the majority of children earn 200 yuan a day for

these two days are weekends, and letten doesn't have to go to school.

soon, a big dial of Chinese tourists approached. Leon quickly squatted down, grabbed a wire mesh and shouted to them in standard Mandarin, "the boss,".

see someone came over, he reached back through a broken open hole, caught five yuan a piece of purple.

when the money is given, tourists take out their mobile phones and take pictures. The hustle and bustle awakened Leon's brother, and looked at the four and did not find the border guards.

he rose towards the barbed wire along the bass bass few climbed the three meter high fence, deftly drilled with blade barbed rope, and quickly climbed down from the nets. When two feet fell to the ground, a Chinese tourist looked at him with a look of surprise.

he hurried to the crowd, stretched out his hand, and asked for money. 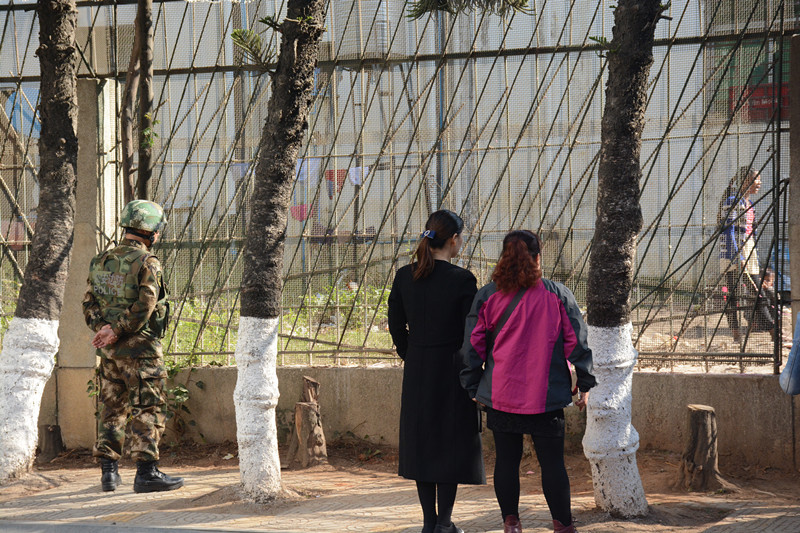 border defense armed police care, begging children will not be too close to the wire mesh. Photograph:

this day is one hour later than Beijing.

after eight, the port opened and the border went out of the Burmese. They hold a red border pass and do business between the two countries every day.

the square in front of a crowd of tourists Chinese than a V gesture, back to the country to take pictures, they will go to the next spot in the distance on the left, there is a monument, engraved with the "distant land", the golden beast stands on both sides.

tourists are busy with the photo, often ignoring an unseen road monument, which marks the end of the 320 National Road. The opposite is Burma, a net of letleon waiting for tourists to get close.

lettleon is 8 years old this year, reading grade two. The Sohu heard about his parents. He looked down at his fingers and whispered, "a long time," and asked why. He shook his head and said he didn't know. Now, lett and brother live with my brother at the aunt's house, where they live in Burma, next to Yunnan, China.

this day school holiday, he got up early, followed his brother all the way towards China. A piece of open space near the border at a distant land adjacent to the "back of the house".

they go all the way to the wire mesh, sit down and rest. Soon, more than a dozen children of the same kind of begging would be here. In addition, there are two or three adults with babies.

early in the morning and evening, the cool weather, they lit a fire for warmth, someone to go to the net.

through the fine wire, on both sides of the people can not see each other face, unless his head to be divided into, through holes while peeping. Chinese tourists pass by, far from seeing a lot of dark - skinned hands under the wire. It may be sympathy that most visitors will pass a few pieces of change.

a lot of people gathered in front of the railing, a side of the border armed police some impatience: "money to the mountains of China to donate, do not give them." 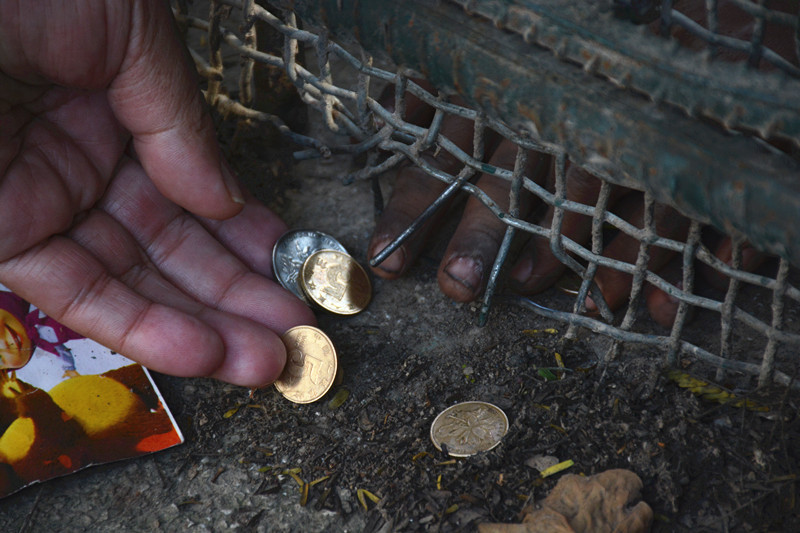 , and the money is caught here. Photograph:

saw the tourists hesitating. The child on the barbed wire began to increase their strength: "aunt, a piece of Grandpa; a piece of cake". Occasionally, the one or two generation cried out when they were young, and others whistled in their mouths to attract tourists' attention.