Ms. Feng in Nanjing, the Modern Express News, met a gynecologic "doctor Guo" and took him home. "Dr. Guo" took off her clothes and acted indecent to her. Modern Express News reporter learned that after the police seized the man, he found that he was not a doctor, and even had been in prison for rape. Recently, the court of Qinhuai, Nanjing, made a decision. Guo Mou was sentenced to one and a half years in prison for compulsory indecent offense. 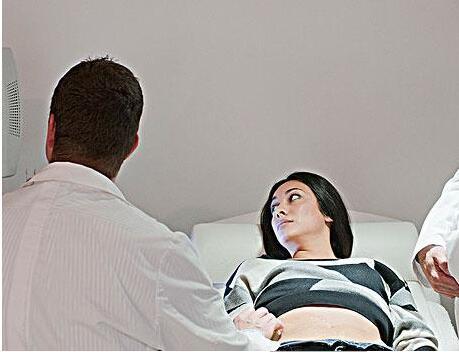 Modern Express News reporter learned that in December 19, 2016, Ms. Feng went to a department of gynaecology hospital in Nanjing to see a doctor. On the way to go home on a bus, she suddenly heard the man next to the WeChat to talk to her voice. In the case of an operation on the ovaries, the man appeared to be very professional. Ms. Feng felt that she was in a doctor and wanted to talk and ask herself. Unexpectedly, the man finished the speech, the initiative with Ms. Feng said, asked her not to look at gynecopathy. Ms. Feng has heard the other, more think the other is a doctor, or how can you see that she is a patient.

"doctor Guo" after asking Ms. Feng's illness, she recommended several drugs, which is what Ms. Feng usually eats. And "Dr. Guo" also said the name of Ms. Feng's doctor, which made her more convinced that she did meet a doctor. Ms. Feng then took out the hospital's inspection report and wanted to let "doctor Guo" help to see it. After receiving the report, he responded that he could not see the result so that he could examine it in detail, so he put his hand on the belly of Feng, and asked if she had pain. Ms. Feng feels that the people on the bus are so embarrassed that "doctor Guo" proposed to go to her home for a gynecologic examination.

fake doctor was called to check to be indecent

when she came to Ms. Feng's house, "doctor Guo" let her take off her clothes and carry out her indecent behavior. After the examination, "doctor Guo" said that Ms. Feng was in a serious condition and had to go to the hospital with the aid of the equipment. After that, Ms. Feng bought a packet of cigarettes and a bottle of water to thank him at the supermarket's supermarket. "Dr. Guo" left the phone number in a hurry. At night, Ms. Feng called her husband to tell her husband about what he met. Her husband thought he met a cheater, so Ms. Feng rushed to the police station to call the police.

after investigation, the police found the suspect man from Ms. Feng home, back to the hospital nearby, and finally disappeared in a corner. Two days later, when the police investigated the "Guo doctor" status, he took the initiative to find Ms. Feng, and once again for her "diagnosis and treatment", and said that this time will bring experts in gynecology. Upon learning of the clues, the police immediately let Ms. Feng's normal appointment, and the organization of police to the meeting place for. Soon, the police came to the appointment of "doctor Guo".

Ling Jianhao, lawyer of Jiangsu Taihe law firm, said that compulsory obscenity crime is stipulated in criminal law, which is to coerce obscene women by violence or other means. Other ways include two situations, that is, women do not know resistance or dare to resist. Guo made Ms. Feng think he is a doctor, so Ms. Feng did not resist. It was not her real intention to resist, but Guo's behavior was compulsory obscenity. (the characters are all family names except lawyers)