original title: Hao Yingying: why is the highest job hopping rate in the Internet industry? 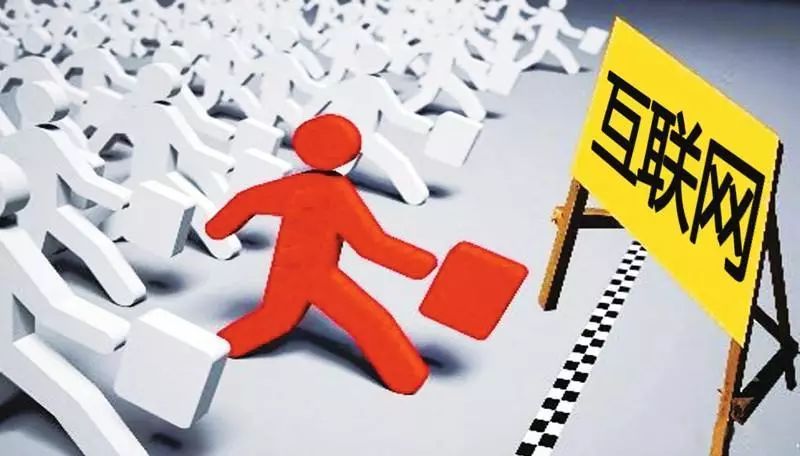 data shows that developing countries have a higher frequency of job hopping. The 2016 China Talent trend report released by Linkdin shows that only 13% of the professionals in China are in the industry for over 20 years, while the global average is 17%, while the North American region is 28%. 95% of China's professionals are interested in the new work program, which is also significantly higher than the global average of 90%. Similar to China, the frequency of relative job hopping in Russia, India and Brazil is higher than the world average.

job hopping is an inevitable choice for a career. However, has the highest rate of Internet hopping in all industries. statistics show that in China, business services, finance, insurance and Internet are the three industries with the shortest time in service, the highest frequency of job hopping and the largest mobility of employees. The average working time of Chinese Internet employees is 31 months, and the United States is 45 months (according to the 2014 "Chinese job hopping report"). and friends working on the Internet, basically the consensus on Internet hopping is that a company that jumps half a year is understandable.

why is "job hopping" in the Internet industry so frequent? Is this the personality of the Internet people? Is it the idea that they can grow a salary once every time of the job hopping?

recently, a Shenzhen company employee jumped to his post was widely forwarded, the post has a few words I agree -- "for a period of decline in the industry, especially a gradual decline in the fast after the outbreak of the industry. Only one word can describe all the people in this industry inside the nest, eggs will be over."

this sentence applies to the Internet practitioners as well. Though not a declining industry, but overall, the industry characteristics of the Internet itself, the internal governance of Internet Co and the personal choice factors trigger the frequent flow of Internet users.

from the view of the industry, the biggest difference between the Internet and other industries is the rapid change of the industry itself. the life cycle of general Internet products is only 6 to 12 months. The general life cycle of network games is shorter, some people even say, not wait for this game to trial, may have already passed the life cycle. The Internet every day staring eyes, aimed at the industry's most popular products, once found, they quickly began to imitate, race each other. Why? Because once it is slow, there may be no remaining congee. At present a very hot small game "grab the doll", according to statistics, there are more than 100 similar products on the market. A short project cycle is bound to bring fast developer needs, a project near the end, and sometimes a project team's disintegration. The team is scattered, what's the heart of the people?

> next, from the management of the Internet enterprise itself, the cohesion of the personnel is still insufficient. there also hierarchical, Internet executives generally look is equity, but objectively at present how to make equity incentive, how to avoid the risks related to equity incentive, there are still a lot of blind information. When the contract is signed, the two sides are asymmetric information or are not familiar with the provisions of the law, so that the high level rights and interests can not be guaranteed. It's not a very rare thing to leave at the top.

middle and bottom staff? The liquidity is higher. If there is still doubt about this, you can see the Internet Co, which is more than 200 scale, the most busy one is not the technology department, but the personnel department. HR are working overtime almost every day. What are you busy with? Do you go to the office? Not only, but also to leave.

"the people left have the same happiness, but the people who leave have their own different misfortunes" . And these unfortunate, is not exactly the weak link in the governance of the company? Is it possible to reflect the problems in corporate governance by simply relying on HR's simple turnover? What's more, these HR are busy with their jobs every day, and they have to be busy with their blood.

From: 郝莹莹：为何互联网行业的跳槽率是最高的？
Translate by: Baidu Translate .