(CCTV finance and economics information broadcast) today, the State Council issued the approval of Shanghai's urban master plan, which agreed with the Shanghai urban master plan (2017 to 2035). The plan points out that Shanghai is the country's national historical and cultural city, the center of international economic, financial, trade, shipping and scientific and technological innovation. Shanghai should optimize the layout of the urban space.

implements the strategy of the main function area, enlarging the ecological space, ensuring the agricultural space and optimizing the urban space. From the perspective of the coordinated development of the Yangtze River Delta region, we should give full play to the role of Shanghai's central city, strengthen division and cooperation with neighboring cities, build a metropolis circle in Shanghai, and create a world-class city cluster with global influence. 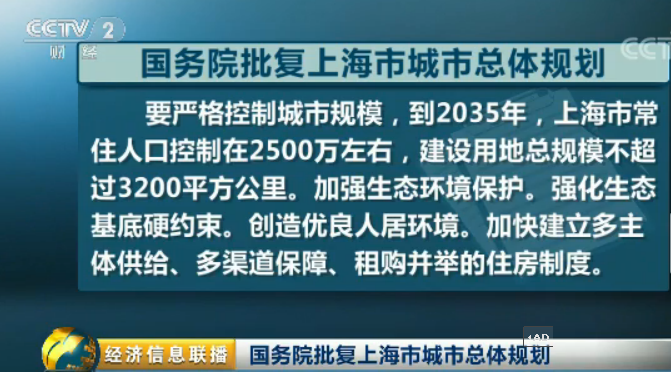 should strictly control the scale of the city. By 2035, the resident population of Shanghai was controlled at about 25 million, and the total scale of construction land was not more than 3200 square kilometers. Strengthening the protection of the ecological environment. Strengthen the hard constraints of the ecological base. Create a good living environment. Accelerate the establishment of multi agent supply, multi-channel support, and the purchase of housing system. 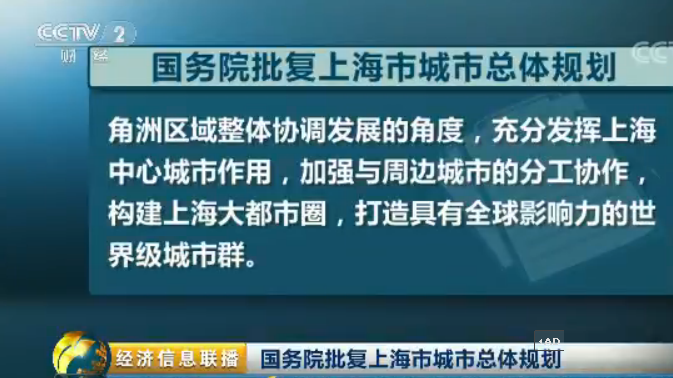 experts: the plan provides the bottom line for Shanghai's future development with elastic

Shanghai will control the size of the population in the next decade or more in the number of 25 million, so how will this impact on the future development of Shanghai?

as of the end of 2016, the resident population in Shanghai was about 24 million 197 thousand, of which 14 million 395 thousand were registered and 9 million 802 thousand were permanent.

, the national development and Reform Commission city and small town center academic committee secretary general Feng Kui : this means that from now to 2035, these 18 years, Shanghai city resident population should be around about 800000, I think it sent a message, one is the size of the population of Shanghai to have a bottom line thinking, is no more than about 25 million, a flexible space, considering the bearing capacity of Shanghai's population size of the population, also analyzes the factors of future population changes in many aspects, including the trend of population aging and the centralized and decentralized.