at the end of every year as if it was an eventful year, on this eventful season, the Internet has burst of some false news, despite the evidence after himself has come out to clarify, but still caused no small impact. But for the Ningbo University, it is a recent event. Now let's take a look at the recent 'big events' in the educational world. 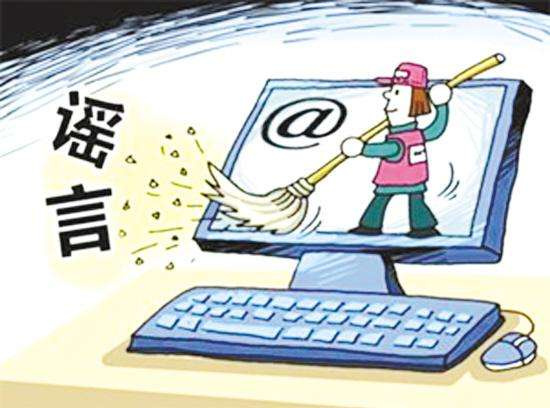 Tsinghua to prepare "toilet College"? The media reports are untrue!

large data technology to assist the completion of the first full coverage of our country's first ideological and political lessons!

around the Chinese University overseas network communication power, Tsinghua listed on the top of the mainland!

The gap between the

and the world's strong schools is obvious, and the first full time of the Ningbo University has been introduced to the academician of the Chinese Academy of Sciences.

new visual North released the evening inscribed "Beijing Evening News" the correct statement, claiming that the December 13th "Beijing Evening News" published the 20 edition of the "Qian Jun:" toilet college in Tsinghua to build "a false content," hereby statement and apologized to the Tsinghua University and the readers." At present, the 20 edition of the December 13th edition of the Beijing evening news is not seen on the electronic version. According to a screenshot of netizens, the North evening event said: "Qian Jun is expected that 'toilet College' will be completed in Tsinghua within three years." In another article, which also interviewed the money army and published in the southern weekend, it was not clear that Tsinghua would build the "toilet College".

media piantingpianxin! How can you call "toilet College", at least have a gentle, academic reputation, and is also at most a research center, research institute."

according to the surging news network reported that recently, Laiyang education and Sports Bureau released the investigation conclusion, verification admit that due to lax, resulting in Laiyang second experimental school Moumou and MIT previously released "(for Massachusetts Institute of Technology - editor's note) successfully signed" false news. The Laiyang Bureau of education news, recently, Laiyang 14 year old fourth student Lee has successfully signed with the Massachusetts Institute of Technology, "the creation of the Laiyang education youngest admitted to the top universities in the world history." But since then, there have been pointed out that Lee Its loopholes appeared one after another. resume.

" the "God - making" impulse of the party eventually destroyed the teenager. "

, "Journal of East China Normal University" WeChat public, news, science and technology division of the Ministry of Education Secretary Ray towards AIDS said in the report, the Ministry of education of the National Natural Science Foundation is to promote the implementation of science foundation to explore strategic initiatives to support the education of scientific research, from the beginning of next year, the natural science foundation in the application code is added in Educational Science Study on the relevant application code science fund, supported by natural science methods, natural science paradigm, to study the problem of science education.

Lei Zhaozi, director of the science and Technology Department of the

five, looking at the overseas network of Chinese universities, the gap between the top of the Tsinghua list and the world's strong schools is

according to "Beijing time" news, "2017 Chinese University overseas network communication power" was published in Beijing. The Beijing Normal University and other research teams selected 141 universities in China and 43 universities and universities in Hong Kong, Macao and Taiwan.

From: 清华澄清要建厕所学院事件；14岁神童签约麻省也不属实
Translate by: Baidu Translate .